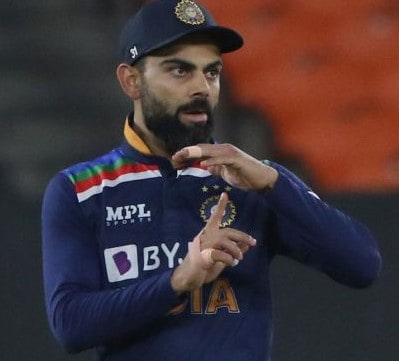 Captains in the Indian Premier League this year will have access to an additional review on the field as part of new rules announced from the Board of Control for Cricket in India (BCCI).

Under previous editions, teams could only use one review to challenge an umpire’s decision – the reasoning for the extra review is not clear, but it will have a major impact on how captain’s approach their on field tactics and could affect in-play IPL betting strategies.

Critics are arguing the move may lead to more breaks in play and invoke less fluidity throughout the game.

Why The Change In Rules?

The reasoning is simple – to reduce the likelihood of on-field errors by umpires. There is so much prize money at stake for each of the 10 franchises that any move to ensure a fair outcome is likely to be welcomed by the majority of teams.

The standard of officiating during last year’s Indian Premier League came under fire from many observers, with some key decisions in crucial games proving controversial.

Three examples of poor umpiring in the IPL 21 include:

The PBKS’ captain KL Rahul was given not out in a clash against the KKR, despite Rahul Tripathi appearing to take a legitimate catch in the penultimate over of the match. Former England spinner Graeme Swann called it “one of the worst bits of third umpiring” he has ever seen in commentary of the game.

A reverse sweep from RCB opener Devdutt Padikkal apparently nicked behind leaving the PBKS to refer to the third umpire after the on-field decision was not out. Ultra Edge showed a clear spike, but the Third Umpire decided there was not enough evidence to overturn the original decision.

Chennai Super Kings vs Delhi Capitals: A No Ball Turns Into A Wide

In the final over of DC’s innings against the CSK, Dwayne Bravo put a delivery so far wide of the mark that it didn’t even land on the wicket strip. Under the laws of the game, this is a no ball – but after originally awarding it as such, the on-field umpire changed their decision to a wide. An angry Ricky Ponting remonstrated with officials, angry his side could not take advantage of the risk-free opportunity a free hit allows.

What Other IPL Rule Changes Are There?

New Covid-19 allowances are in place this season – previously, a franchise that could not take to the field due to breakout infection within the team or find an appropriate rescheduling date would lose the two points.

Now, any failure to reschedule a match will be referred to the IPL Technical Committee to provide a decision that is final and binding.

There is also a new catch rule in place! The crossing over law no longer applies, as the IPL follows in the footsteps of the successful trial in The Hundred in the UK.

According to the new rule, a new batter will always take guard for the next delivery, regardless of whether two batters crossed while the ball was in the air.