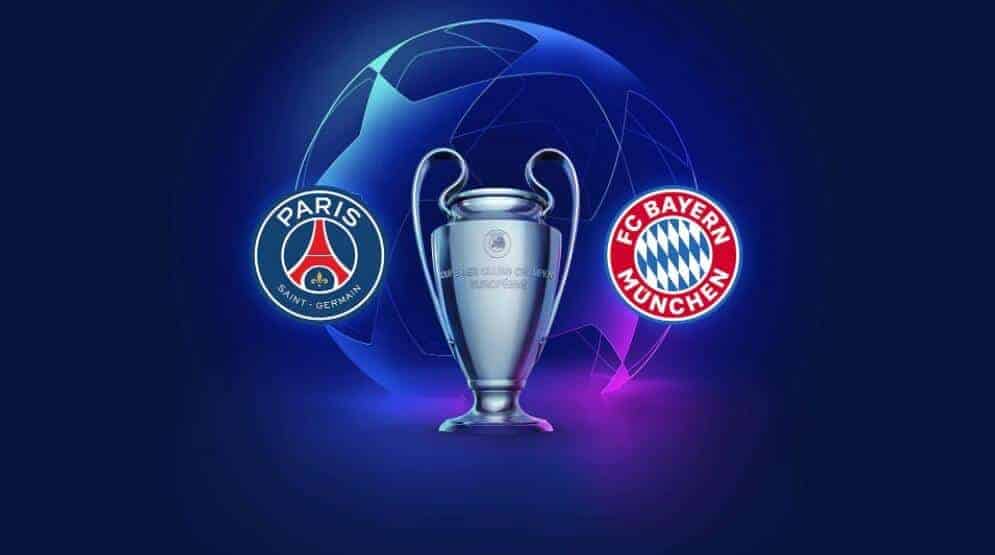 The final of the 2019-20 Champions League will feature the German champions Bayern Munich lock horns with the French giants Paris Saint-Germain.

Get the latest Bayern Munich vs Paris Saint-Germain betting tips with match odds, preview, and predictions.

With that, also check out our Champions League betting tips that may not have anything to do with the actual end result.

This is going to be the biggest game of the football season and undoubtedly, our tips will be in line with all the hype.

After all, this match is nothing short of a World Cup final between France and Germany.

To make the most of it, we recommend you partner up with a couple of online Indian betting sites at the very least to ensure that you make profits and enjoy good depth of odds.

Alright, let’s have a look at our Champions League final betting tips and the site with the best odds!

Other bets to consider:

It’s the Champions League final – why stop at the general markets? Let’s go the extra mile here with our so-called ‘crazy bets,’ courtesy of our other betting site partners.

We are not asking you to bet mad money, but the payouts on these markets are certainly worth a thought.

Die Roten are just 1 win away from achieving their second treble of the decade.

With Bundesliga won and secured weeks ago, they moved their focus to the DFB Pokal cup against Bayer Leverkusen, which they won with 4-2.

The league title and domestic cup now won, Bayern just need to win the Champions League and become the masters of Europe again.

In all fairness, their chances to achieve this feat have never looked better before. 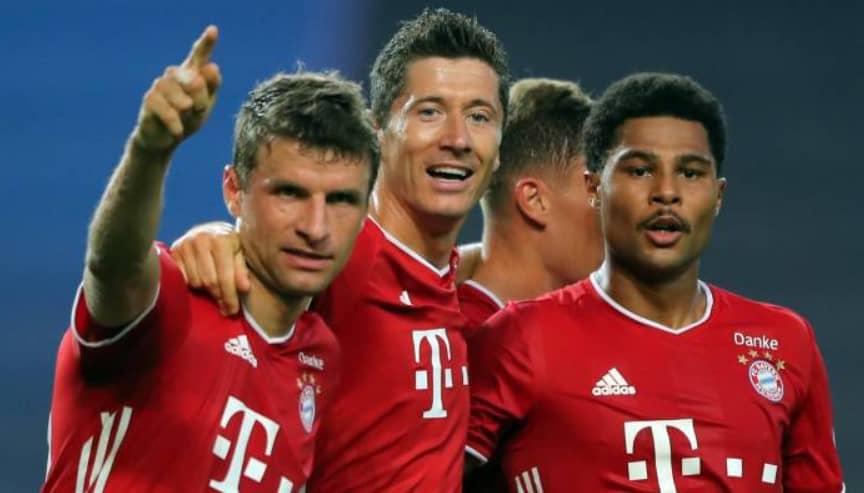 Lewandowski and Muller, both in prime form, will lead the attacking charge for Bayern Munich

Case in point, their recent hammering of Barcelona in the quarterfinal with 8-2.

Call it shoddy performance from the Catalans or an impeccable display of masterclass from the Bavarians, it was a match that truly put them in the European spotlight.

The strikers and wingers wreaked havoc with Philippe Coutinho, Gnarby, Thomas Muller, and Robert Lewandowski finding their names on the scoresheet.

A similar, albeit scaled-down performance, was also seen against Lyon where they humbled the French with 3-0.

Joshua Kimmich gave two assists while Gnarby and Lewandowski took the team to the final.

It was also a game that showed that the Germans are not entirely untouchable.

Their style of football has also taken a new shape under Hans-Dieter Flick.

In his first year as the manager, he has transformed the side into a goal-scoring, attacking side with an emphasis on winning the ball back quickly.

The squad is young, full of energy, rhythm, and confidence.

In the Bundesliga, they won the title with a margin of 13 points and 100 goals, while conceding only 32 goals in the entire campaign.

In other words, they were the strongest side in terms of defence and attack – talk about a champions’ performance!

With Ligue 1 effectively scrapped at the start of the pandemic, the Parisians soon found themselves in a world without professional football.

They had to make do with the club friendlies which, by all means, isn’t a true test for a side like Paris Saint-Germain.

In late July, they had their first professional engagement in the form of 2 domestic cup finals against Lyon and St. Etienne.

With scores of 1-0 and 0-0 (6-5 on penalties) respectively, they won the cup but not convincingly. 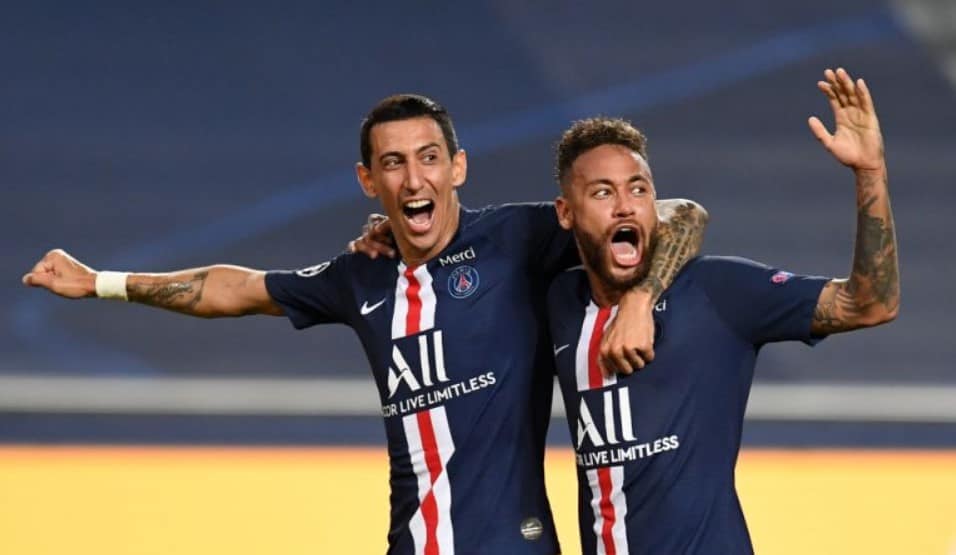 Their first big test came against Atalanta FC in the quarterfinal, that they won with 2-1.

Then, they faced the rising Germans RB Leipzig and defeated them with 3-0.

This was the first time that we got to see a PSG that truly lives up to its reputation.

Angel di Maria put up a stellar performance with 2 assists and a goal while Neymar did his thing too.

Call it nerves from the Saxony outfit, who were competing in the biggest match of their 11-year history, or PSG just finding their stride again, they got the task done and reached the final.

However, PSG now find themselves facing a big riddle to solve.

They face a team that is truly a giant in every sense of the word.

That said, things are not that bad in the Paris camp.

The French champions can rely on Neymar, Kylian Mbappe, and Di Maria – all of whom are bustling with experience and sheer skills, eager to win the title.

Marco Verratti is also back while Thiago Silva – the veteran PSG defender, is set to compete in his last match for the French side.

Where to bet on Bayern Munich v PSG

Bayern Munich look primed to win with odds in their favour but PSG can definitely cause some problems for the German outfit.

There is an abundance of talent on both sides – ultimately, it will come down to keeping the nerves under control and putting early pressure.

This match is for the history books, folks.

Make sure to place your bets in time for this Sunday’s blockbuster Champions League final tie!