The much-awaited semifinal of the European Championship 2020 is finally here with England set to take on Denmark.

There is no doubt in anyone’s mind that England will start this match as the overwhelming, heavy favourites. They have a significant home advantage and have been in comparatively better form than several other teams in the tournament.

Meanwhile, Denmark have surprised the audience with a semifinal run despite starting the tournament on a heart-breaking, distressing note.

However, like for like, the Three Lions have a stronger team and should not face any difficulties in reaching the final. 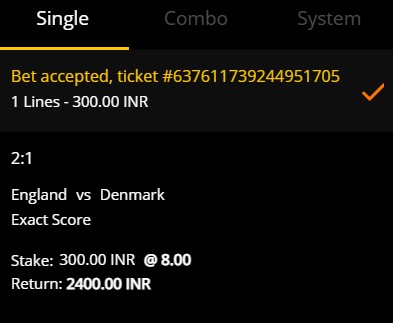 Gareth Southgate missed a penalty in the Euro ’96 semifinal against Germany – a result that led to England crash out of the competition after recording their best run in the tournament.

25 years later, Southgate has got an opportunity to redeem himself – this time as the manager of England. Since taking over the charge, he has inspired a nation by guiding the team to their second major semifinal appearance on the international stage.

Following the semifinal run in the 2018 World Cup in Russia, England cemented their position as a formidable team on the heels of a near-flawless Euro Qualifying campaign, as well as an 11-match unbeaten streak since November 2020.

Ranked No. 4 in the FIFA World Rankings, England have navigated their European Championship bracket with an absolute touch of brilliance and masterclass in defending and attacking. Yet to concede a goal this summer, Southgate’s men have passed their tests with flying colours, including a 2-0 win over Germany in what was their most demanding match of the competition yet.

In the quarters, they met a rather fortunate Ukraine and thrashed them 4-0 – Harry Kane finally found his groove as he scored a brace to seal that crucial win in Rome.

The boys are now heading back home to London where they will play the semis and if they win, the final too. Stars have aligned for the hosts here and the conditions are prime for them to beat their Scandinavian adversaries.

Since suffering a horrible nightmare in their opening match of the Euros against Finland, Denmark have come a long way, springing up surprises every step of the way and making Christian Eriksen proud.

They reached the knockouts despite winning just one of their three group games – something that no other side had managed in the Euro Cup before.

It was there that the Danes kicked it up a notch. In the Round of 16, they routed Wales 4-0 while in the quarterfinal, they managed to held their own against a very determined Czech Republic and beat them 2-1.

With 10 goals in their last three matches, Denmark are riding a wave of emotions and excitement, propelled only further by Eriksen’s recovery. After all, the 1992 champions have never made it this far in the Euros since their title-winning stint almost three decades ago.

This is a side that has proven that it doesn’t matter if you are the underdogs – as long as you have heart and grit, there is no force that can stop you from reaching the pinnacle. That said, Denmark will face their toughest test yet in the tournament (since their 2-1 beating to Belgium in the group round).

If it is any consolation, history has shown that form does not play a big role in the final few rounds of any major tournament. Anything can happen and Denmark will be hopeful of delivering yet another upset and winning the hearts of millions across the world.

The two nations have locked horns 21 times with England winning 12 of those. Denmark have managed just one win – it came in the 2020 UEFA Nations League by 1-0 with Eriksen scoring the winner.

Interestingly, that defeat was one of England’s two losses in 2020.

As for their encounter in a major tournament, it has happened only twice – the first one was in the 1992 Euros where the game ended in a goalless draw. The other game was in the 2002 World Cup where England won 3-0. 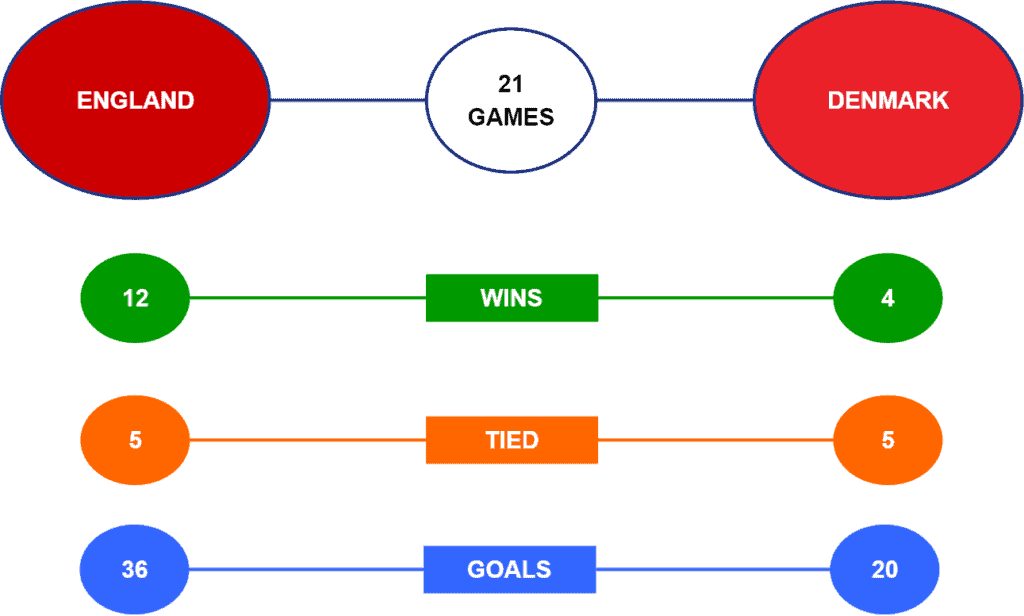 Recommended Bet: Back England to win @ 1.73 with Casumo

England may have started their UEFA European Championship run on a slow note but with time, they have only gotten better.

Following the win over Germany, the match against Ukraine served as an excellent practice run for the boys to get some confidence and momentum under their belts.

On the back of that stunning 4-0 victory, the lads are heading back to England where they will play Denmark in front of some 60,000 odd supporters – all cheering for England to “bring it home.”

But Denmark can’t be taken lightly – they are inspired, determined, and have the goods to topple their mighty English opponents – but it will be challenging to do so as the outsiders in Wembley.

We have a good game in our hands and England, in every way, are the superior side here.

Harry Kane to be Anytime Goalscorer

Recommended Bet: Kane to be anytime goalscorer @ 2.05 with Betway

Three goals in the last two matches – England’s captain Harry Kane has finally found his goalscoring form. He is heading in this game with a great deal of confidence and is set to play on very familiar turf.

We can expect him to maintain his momentum and score a goal or two once again – this time in the semis.

Denmark’s last three matches in the Euros have seen over 2.5 goals. We are in for another such game, especially given that England’s attack is brimming with conviction.

Even though the Danes have been quite stubborn, defensively speaking, they find themselves conceding (and possibly scoring) here in Wembley.