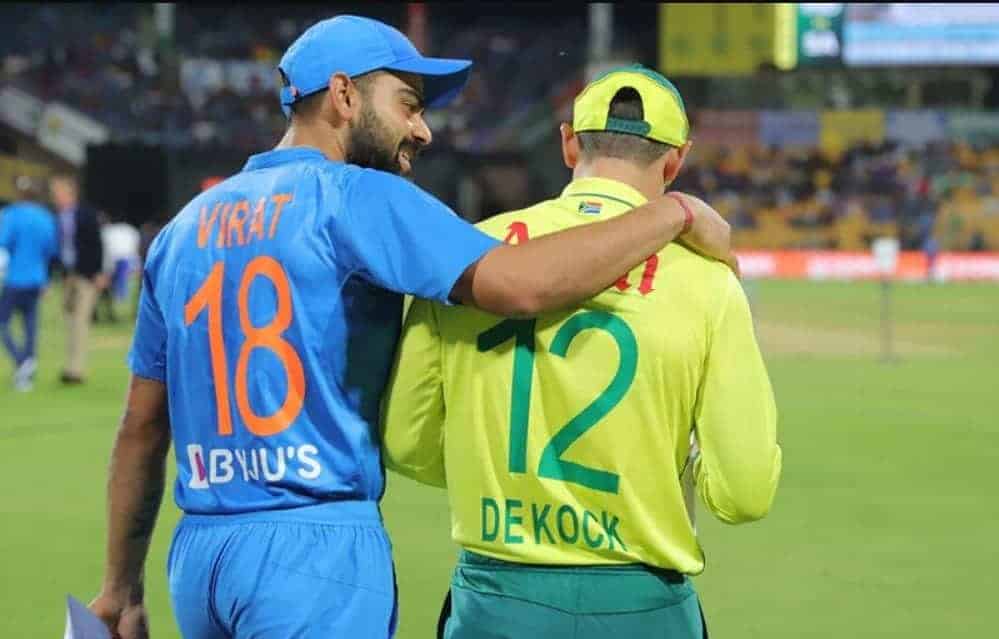 India will play host to South Africa in a 3-match ODI series, starting Thursday, March 12. The Men in Blue will be playing the matches in the comfort of their home conditions although, their recent battering against New Zealand has left many questions to be answered.

Meanwhile, South Africa are flaunting a dynamic resurgence, courtesy of their young team. All in all, this promises to be a thrilling cricket encounter and in this article, we will give you the latest India vs. South Africa cricket betting tips and predictions, with the latest odds.

Even though this is a year where ODIs are supposed to be on the back burner, the teams on the tour still need to play their fair share of the matches in this format.

With the Indian Premier League right around the corner, this is the last chance for the Indian team to get their form and strategies in order for the T20 World Cup later this year. It will be a bit tricky, to say the least given their recent whitewash in New Zealand.

Meanwhile, the Proteas are sailing high on confidence after beating Australia 3-0 at home in the ODI series. South Africa look to be the better team here although, that can quickly change after the 1st ODI is played.

The playing conditions in the 1st ODI are similar to what India faced in New Zealand. There is a chance of rain and a deja-vu – when South Africa visited India in September 2019, the first T20 was scheduled to be played in Dharamsala but was subsequently abandoned.

Historically speaking, this is a venue where chasing down targets is the better way to go. 3 of the last 4 ODIs played here were won by the sides batting second.

South Africa may have started the season on a shaky note with an embarrassing 3-0 loss to England in the Test series in January.

The curse followed them through to the T20 Series as well against England and Australia but recently, they broke the jinx and found their stride.

After hammering Australia in the ODIs, the South African lads are hungry and eager to prove themselves against India. All three of those wins over the Kangaroos were highly convincing, with the young, albeit slightly inexperienced players putting up a commanding fight.

On the whole, they won two ODIs by 6 wickets, with the other one ending in a 74-run victory.

It is certainly refreshing to see this spirit from the Proteas, especially given their recent overhaul in management and the poor form which preceded it.

Nonetheless, that’s in the past now and Quentin de Kock will focus on what lies ahead. The team will seek inspiration from their T20 Series in India last year, which ended with South Africa levelling the series at 1-1.

Quentin de Kock loves playing against India, boasting an average of 60.3 in the ODI format against the side.

Even in the T20 series last year, he scored half-centuries in the two matches he played. The likes of JN Malan, JT Smuts, and Heinrich Klaasen are likely to find a place in the playing XI after a superb display against Australia.

Plus, with Faf du Plessis also back in the team, there is clearly an abundance of talent in the batting order.

In bowling, Lungi Ngidi will be their key performer. He single-handedly troubled the Australian batsmen and took 9 wickets in two matches to take his side to the wins.

India have got a good challenge ahead of them.

Following the spanking in New Zealand at the hand of Kiwis, the boys are keen on restoring their pride and find their winning ways.

Despite winning the T20 Series against them, the losses in the Test and ODI series came at far too big a price.

The Men in Blue were fielding a slightly inexperienced batting order, owing to the absence of Rohit Sharma and Shikhar Dhawan.

The openers failed to deliver and despite some resistance in the middle order, they ended up succumbing to the Kiwis. The bowlers were also expensive as they failed to restrict the opposing batsmen.

Needless to mention, the Indian contingent is definitely bruised at the moment. Their morale is low and playing a confident side like South Africa may be just what they need to find their rhythm again.

There is no dearth of talent in this team and when playing at home, things are bound to be a whole lot better.

Shikhar Dhawan is back in the squad.

This is a much-needed reprieve for Virat Kohli and Co. KL Rahul, Shreyas Iyer, and Prithvi Shaw will find their place in the playing XI after a decent performance against the Kiwis.

There is a lot more depth in bowling with Jasprit Bumrah, Bhuvaneshwar Kumar, Hardik Pandya, and Ravindra Jadeja available for the side.

Where to bet on India vs. South Africa

This is going to be a thrilling ODI series that can go pretty much go either way. Expect lots of runs, a few half-centuries and high-octane affair.