IPL Mega Auction: Why was Ishan Kishan the IPL’s Most Expensive Player? 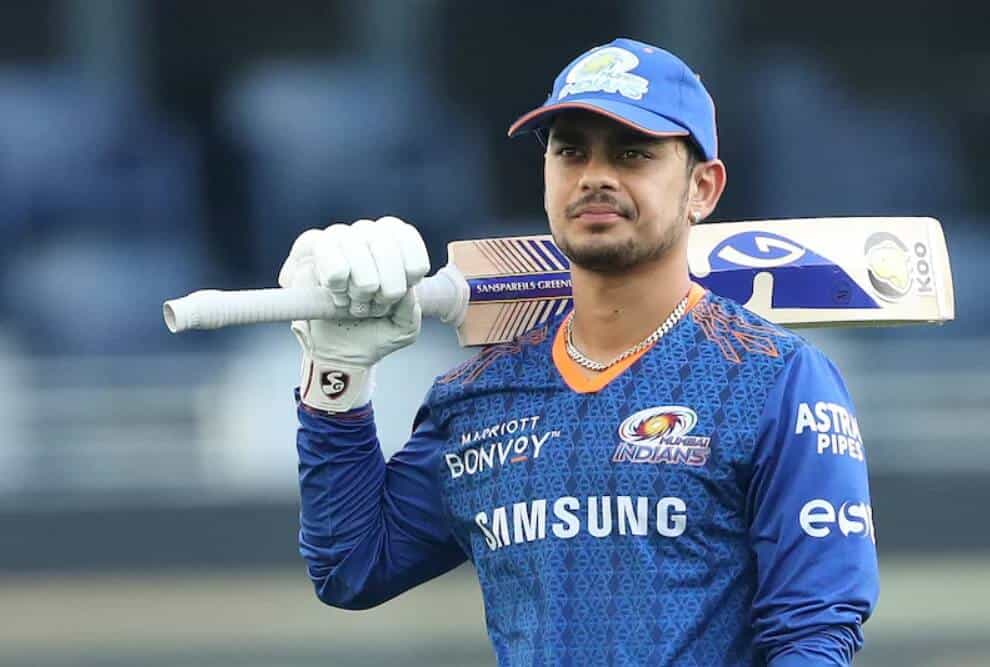 At 15.25 INR Crore, Ishan Kishan was the most expensive purchase at the 2022 IPL Mega Auction. That record doesn’t include players who were bought ahead of the auction by the two new franchises, such as KL Rahul who went to Lucknow for 17 INR Crore.

Nor does it include retained players who stayed on as retained players, for bigger salaries. Such as Ravindra Jadeja (of CSK) and Rishabh Pant (Delhi), who will both earn 16 Crore. Meaning of those who were in the auction proper, no-one cost as much as Kishan.

But why did a player with just a handful of appearances for India cost so much money and has he impacted the IPL betting odds for Mumbai?

Of the players actually bought in the auction, all of the Top 3 and six of the Top 10 in terms of salaries, were Indian.

Given IPL teams have to field at least seven Indian players and you can see why they’re keener on splashing the big bucks on domestic players.

It’s a harder task to pick just the four overseas ones than the seven Indian ones, so when you get the chance to buy a top-class local player, you do.

Even if it means breaking the bank.

There’s also an argument to say that Indian players are more marketable for their franchises than overseas ones.

Mumbai would have thought long and hard about which four players they wanted to retain.

Rohit Sharma and Jasprit Bumrah were perhaps obvious choices but veteran Kieron Pollard and Sky Yadav would have been on a shortlist also including Kishan, boh Pandyas and Quinton de Kock before Pollard and Yadav got the nod.

Despite having a poor season in 2021 as a unit, the simple fact they retained the full four players is an indication Mumbai wanted the least disruption possible to their team and were keen to buy back a couple more players they had to let go in the first place.

And as a 23-year old with limitless potential, Kishan was the one they really wanted.

In fact, he turned out to be the only player they bought back in the auction.

He was the subject of a bidding war

The cost a player goes for in the auction isn’t solely about his ability; a lot of it depends on how many other IPL teams want them, and how much.

Which is what happened with Kishan.

It took a total of 55 bids, the most of any player in the auction until Kishan was finally sold.

Mumbai had to fight off the Punjab Kings, the Gujarat Titans and the Sunrisers Hyderabad for his signature and as the bids kept coming in, so the price kept going up.

When Mumbai decided not to retain Quinton de Kock, they created two problems for themselves: they now needed a wicket-keeper and an opening batsman.

By buying Kishan, they solved both problems at once.

Kishan is a capable wicket-keeper and will only get better, although how much he’ll keep wicket for India over the next few years with Rishabh Pant around, remains to be seen.

It tells its own story that the only other keeper in the squad is 20-year old Aryan Juyal: they’re obviously showing full faith in Kishan to do a big job with the gloves.

There’s also no other classy and experienced opener in the squad, a tell-tale sign that they fully expect Kishan to take over from de Kock at the top of the order, as well.

He’s the next big thing in Indian cricket

At 1.68m, there’s not much of him.  But Kishan is the next big thing in Indian cricket. He had a quiet 2021 in the IPL, occasionally being dropped by Mumbai, but he showed what he was all about back in 2020.

Over 14 matches in 2020, as Mumbai won the IPL yet again, Kishan scored 516 runs, making him the fifth-highest runscorer in the tournament and this despite playing two or three games fewer than his rivals.

His appearances for India have been sporadic so far but he did play all three matches in the recent T20I Series against the West Indies in February 2022, albeit without making a fifty.

But with the likes of Virat Kohli on the wane, he may just be India’s new number three, unless they’d rather open with him.

One thing is for sure: Mumbai believed he’ll get even better and didn’t want another IPL team benefiting from buying him this time around.

Mumbai are the 5.5 favourites with 10CRIC to win what would be their sixth IPL title.