Russell Returns to Windies T20I side 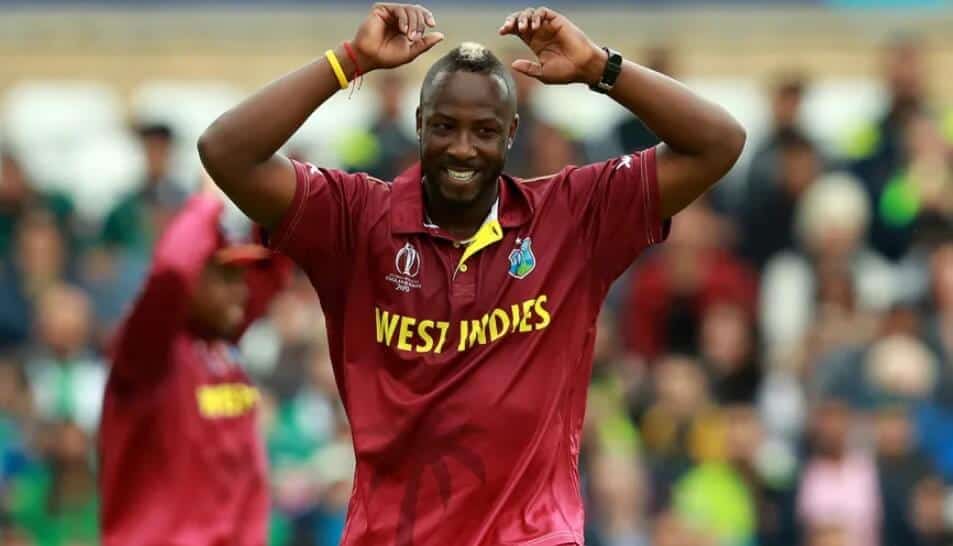 Russell is back in the West Indies T20I squad for the three upcoming Series against South Africa, Australia and Pakistan on home soil. Here’s what that means, plus the most notable omission from the squad.

Russell back a year later

33-year old Andre Russell is back in the Windies squad for the first time since March 2020.

His call-up is a clear indication that the West Indies intend for him to play at the upcoming T20 World Cup despite many fearing his international career may be overdue to persistent injuries.

Get all the latest West Indies Team analysis for the T20 World Cup.

Even during the recent matches that took place in the IPL before it was suspended, he never looked fully fit while playing for KKR.

He took a few wickets and played a couple of handy cameos with the bat but always looked slow and tentative in the field, a tell-tale sign that he wasn’t at 100%.

Russell has played 49 T20I matches for his country, taking 26 wickets and scoring 540 runs at an average of just 20. But those numbers don’t really do him justice.

The man they call Dre Russ is an explosive player who can turn a game on its head, as shown by his career strike rate of 151 with the bat and 42 sixes.

Russell is part of an 18-member squad that will be fully in T20I mode for the next few weeks.

They will play no fewer than 15 games in this format. There will be five against South Africa in Grenada between  June 26 and July 3 and then a further five matches in St Lucia against Australia. And finally, the last five against Pakistan in Barbados.

Those matches against Australia and Pakistan will be good preparation because both those sides are in their group at the T20 World Cup.

Hetmyer and Gayle in, Narine out

Rusell may be back but there’s no return for Sunil Narine just yet. The spinner, also a KKR player in the IPL, ruled himself out of the three Series stating he wasn’t ready to return to international cricket just yet. It’s a decision that calls into question his participation in the World Cup.

But there were recalls for batsman Shimron Hetmyer and bowler Sheldon Cottrell. Veteran Chris Gayle keeps his spot, as does 39-year old Fidel Edwards and the impressive Hayden Walsh Jr, who will be the chief spinner in the absence of Narine.

Kieron Pollard will continue to lead the side with Punjab Kings man Nicholas Pooran as his vice-captain.