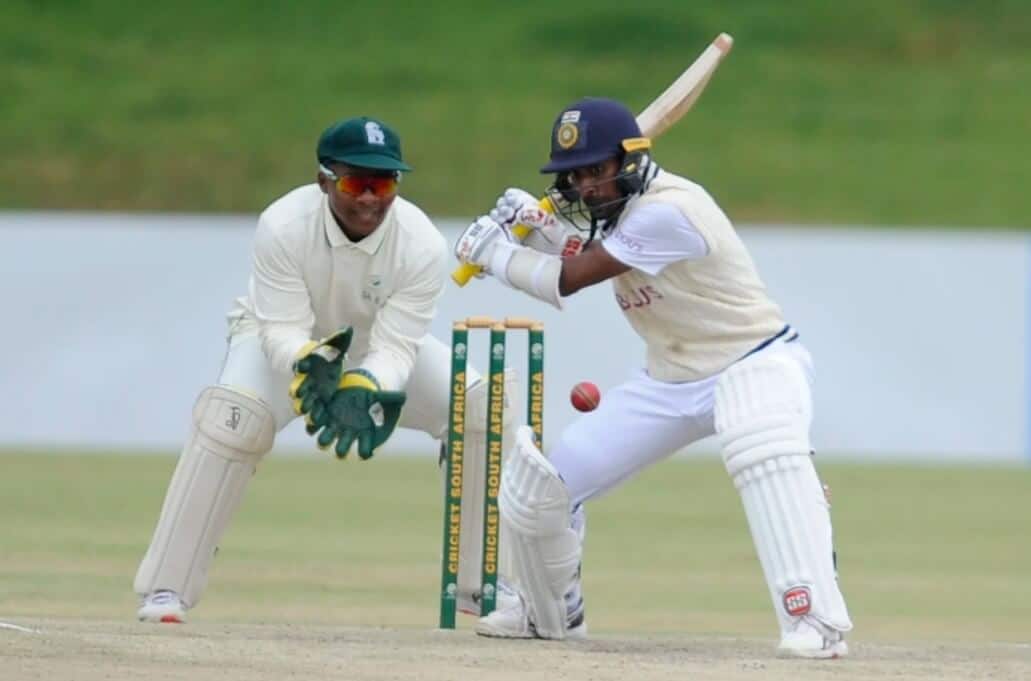 South Africa vs I...

The Second Test at the Wanderers in Johannesburg is beautifully poised between South Africa and India. The hosts are chasing a target of 240 and are currently 118/2, needing another 122 runs.

South Africa are currently favourites but there’s plenty of work still to do.

The hosts made a good start to their chase, finishing Day Three on 118/2 after an excellent captain’ s knock from Dean Elgar, who is unbeaten on 46, having faced 121 deliveries.

But they’ve already lost Aidan Markram for 31, LBW to Shardul Thakur, and Keegan Petersen, out LBW to Ravi Ashwin.

Rassie van der Dussen is keeping his skipper company and is on 11 off 37 balls.

The target looks very manageable with almost exactly half of the runs already banked and eight wickets in hand.

It’s worth remembering that I tipped South Africa to win the match at odds of 4.33 so it would be an excellent result for us, not just South Africa, if they did complete the chase.

Early wickets can change everything

But this is an inexperienced batting line-up the Proteas have.

Bar the two currently at the crease and Temba Bavuma, not many of the others will have been in this sort of situation.

Number six Kyle Verreyne is making his debut in the match, Marco Jansen is only playing his second Test and is arguably batting a place too high, at seven.

India know that they’re only one or two wickets away from putting South Africa under serious pressure. They also know that this is a very tough wicket.

It’s a bit two-paced and the ball has alternated between staying low or rearing up on batsmen, with Elgar already hit on the neck and on the helmet in this innings.

South Africa are currently 1.39 to get the runs they need and win the game; India are 2.78. With two days still left, the draw is completely out of the equation. Odds are with 10CRIC.

That South Africa have a toughish target to chase was down to some good batting from India the second time round, who scored 266.

Chet Pujara was in the runs again with 53 and Ajinkya Rahane made a priceless 58; both were dismissed by Kagiso Rabada, who also went on to claim the wicket of the dangerous Rishabh Pant for 0.

KL Rahul is standing in as skipper for Virat Kohli, absent because of back spasms, in what is just the latest of issues that Kohli has had in the past 12 months.

Hanuma Vihari, the batting all-rounder, was unbeaten on 40. Had the tail hung around for a bit longer and India managed another 20 more runs or so, they would have put South Africa under serious pressure.

Numbers 9, 10 and 11 Mohammad Shami, Jasprit Bumrah and Mohammad Siraj managed just seven runs between them, all of those off the bat of Bumrah.

India are currently 1-0 up in the Series after winning at Centurion and are looking to win their first-ever series against South Africa, in South Africa.

South Africa by the way, have never beaten India in a Test match at the Wanderers in five attempts, drawing three and losing two. Something’s gotta give.