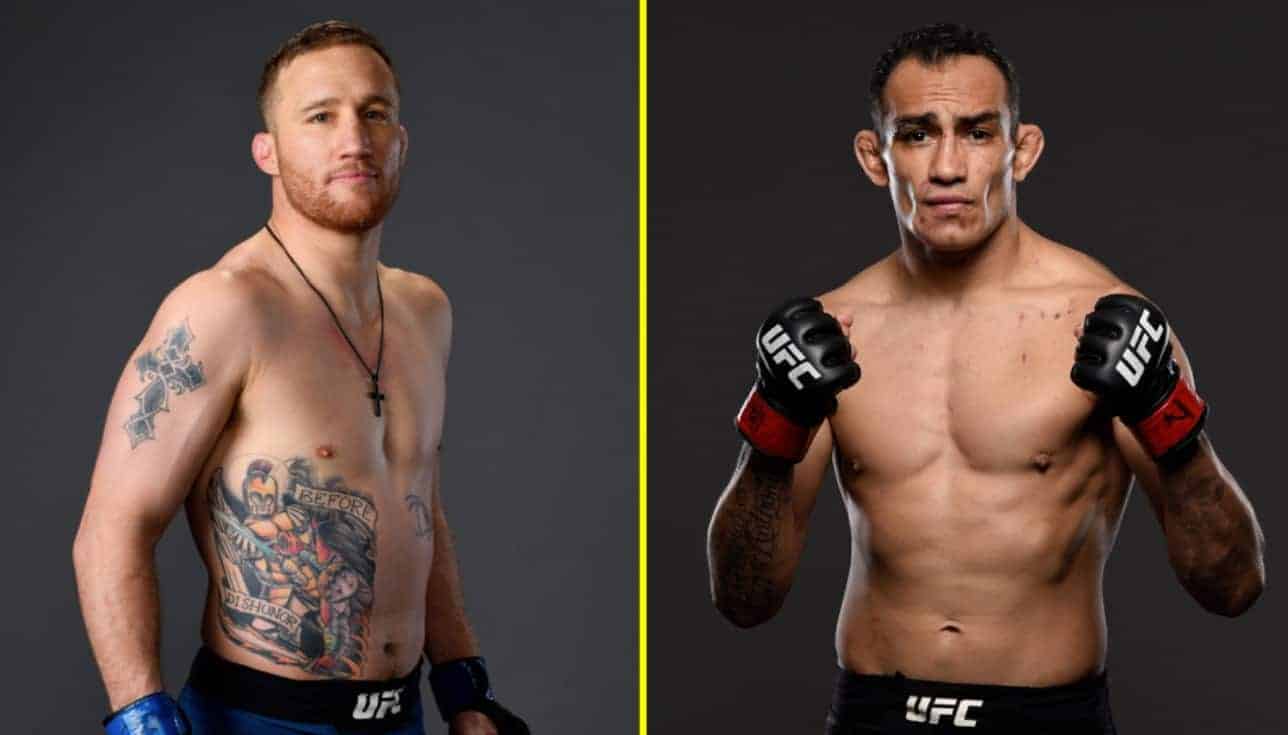 Ferguson v Gaethje is the main event on the card at UFC249, which will take place on Sunday morning India time.

It’s likely to start at around 09:00 am IST, though these things are never set in stone as they depend on how long the other fights on the card last for.

Belarusian football aside, this is our first proper sniff of real sport with real betting for a while.

So, let’s get to it! Find some in-depth fight analysis, the bests odds out there and where to bet on UFC294.

Table of Content
Where to bet on Ferguson v Gaethje
Best odds on UFC 249: Ferguson v Gaethje
Other popular markets
Side markets worth a look
Stepping in for the great Nurmangomedov
Where is the fight?
What you need to know about Ferguson
What you need to know about Gaethje
The fight’s best bet
Betting on Gaethje
Betting on Ferguson
The best bet?
Place your bets on UFC 249 now!

Where to bet on Ferguson v Gaethje

Let’s get straight down to it – if you’re looking to put some cash down on this fight, you’ll be able to do so at the betting sites listed below.

Side markets worth a look

Gaethje backers could be eyeing up the huge 29.0 he wins in the 5th (and final) round or the 26.0 with LeoVegas that Gaethje wins by submission.

Stepping in for the great Nurmangomedov

Tony Ferguson was meant to take on the fighting machine that is Russian legend Khabib Nurmagomedov, conqueror of the infamous Conor McGregor, back in 2018.

The Russian has now had an MMA fight cancelled or postponed with Ferguson for a fifth consecutive time, which is how Justin Gaethje got his chance to deputise for him.

This time around it was the Coronavirus preventing Khabib from travelling outside Russia that was the stumbling block.

Where is the fight?

It will take place at an empty venue with no fans at the Vystar Veterans Memorial Arena in Jacksonville, Florida.

Finding a venue for this fight and UFC249, in general, has been as hard as getting Ferguson and Nurmagomedov in the same place at the same time. UFC supremo Dana White first tried to stage it on a private island. When that fell through, he tried to do it ‘via the back door’ by attempting to host it within California. He tried to do this without it being formally sanctioned by the State of California, a tactic described by veteran promoter Bob Arum as ‘cowboy behaviour’.

It was only when ESPN told White he shouldn’t force the issue, that plans to hold it in April in California were scrapped with it then being moved to Florida in May.

Florida is the first US state to deem the return of sports ‘essential‘ although it will have to go ahead without any fans at the venue.

ESPN by the way, are the company who will be showing it on pay-per-view, although you should be able to watch on live streaming services, as well.

This is the first meeting of a triple-header taking place over the next couple of weeks with other MMA events taking place on Thursday May 14 and Sunday May 17.

What you need to know about Ferguson What you need to know about Gaethje This fight is harder to call than most for various reasons.

Neither fighter will have the chance to do a proper training camp and it’s anyone’s guess as to what sort of shape Gaethje will have been in before being parachuted in for this fight as a replacement.

We also don’t know how the absence of fans might help one fighter over the other.

Having said that, if you fancy Gaethje you might as well go for him winning by TKO, KO or disqualification at 3.0 as only two of his 21 wins were by a decision. You can also go with him winning early on in the first round, which is what happened in his last three fights; it’s a 5.0 chance with Leovegas and Betway.

If the fight drags on, that should play into Ferguson’s hands though as the more experienced fighter who can better engineer a submission or TKO thanks to his elbow-led attacks and unpredictable combos as the fight goes on and fatigue sets in. So he could be a good bet to win in the third round at 9.0 with Betway.

However, the smart money could be on the fight going to at least the third round (over 2.5 rounds), which is 2.05 with LeoVegas.

These two look pretty evenly-matched in weight, height, technique and MMA record so it may be a bit of a slow-burner, which could go either way.

Whichever way it goes, it’s just great to have online sports betting back on any major event, so let’s hope this fight signals the return of top-class sport, at last.