Roger Federer. Rafael Nadal. Novak Djokovic. Andy Murray. Stephanos Tsitsipas. If you had to bet on only one player in the ongoing ATP Masters Tournament, who would you choose?

Even though almost everyone has a favourite tennis player, this line-up is most difficult to choose from, especially if Roger Federer is your favourite player as he is not participating. Tennis is a game most people follow, understand and extremely passionate about. 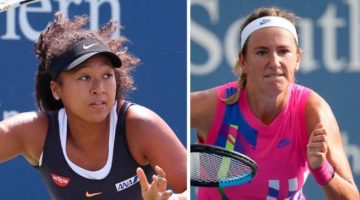 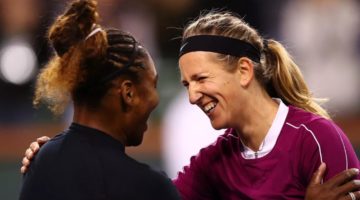 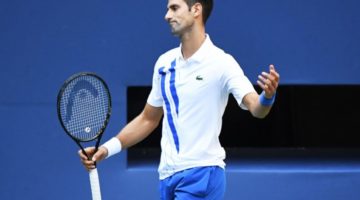 Top 5 Tennis Defaults: Djokovic in Elite Company
Novak Djokovic being defaulted at the US Open was a shocking turn of events but…
read more

Betting on Tennis is something most gamblers, novices, and professionals indulge in often. The major reason is that people bet on the game just as passionately they would watch it on their TV screens.

Tennis in the betting world can get quite complicated for gamblers who are novices, however, it gets easier once the markets are understood and all factors are taken into consideration to place a bet.

Most people who watch Tennis know the rules of the game. However, in the world of sports betting, tennis can often get difficult to follow due to the increasing number of markets offered by various sports betting operators. The variety of markets are many and are usually divided into categories and subcategories to make it easier to follow.

In this Tennis betting guide, we at Bet India aim to help you understand the world of Tennis betting better and make it easier for you if you are a beginner in the game.

There are many factors and markets to consider when it comes to betting in Tennis. The scope is immense and to make sure that your money is on the right side, understanding these markets and factors in depth is essential.

Basic Tips To Make Your Own Predictions

When a match is played in any sport, there are internal and external factors that are taken into consideration. It is important to understand these factors before making a bet on a player during a particular tournament in Tennis.

The game of Tennis is ever-changing and fragile where new players enter and take a tournament by storm, many a time when a fan favourite is favoured to win.

For example, Rafael Nadal is the ‘King of Clay’ but there have been so many players who have won against him in the French Open.

Hence, keeping all these examples in mind, here are a few external factors that must be considered before you place a bet in a game of Tennis.

Analysis of the Players

Unlike other sports which are played with a team of players, tennis is a one-man or one-woman show. Unless it’s a ‘Doubles’ game. Due to this, the analysis of players is very crucial and also, on the other hand, becomes easy due to a singular player.

There is a whole different league of analysis which goes beyond the number of wins, losses, the number of grand slams, etc. when it comes to understanding who to bet on. Tennis is a volatile game and anyone can outweigh the other depending on various factors.

In sports betting, along with analysing the player, you must also analyse the odds which the operator or a bookmaker is offering. If you are an experienced gambler, you must keep a record of your bets placed on various players in previous tournaments to go back to and refer to.

The fitness of a player, the first few sets of the match, the returns and serves, the struggle to remain in the game, all must be accounted under analysing the player before making a bet. You must follow the players throughout the tournament and see how he or she is faring against the players who are ranked higher than them as well as with the ones who are ranked lower than them as well.

The advanced betting strategies which can be made is by analysing the player based on past tournaments. Depending on this, you can also lookout for the suspect seeds who are determined before the tournament starts. These players according to their previous statistics and form, are most likely to advance to the final stages of the tournament.

It is also important to check on the serves and returns of the players so you can have a better understanding if you wish to bet on a match, while the game is going on a live stream. By checking serves, and which player is serving up aces and if the opponent can return serves, you can bet on various markets as well.

An advanced strategy in betting on Tennis will also include understanding the playing style of a particular contender in a tournament. We all know that Rafael Nadal has a strong finish and a forehand while Roger Federer adds finesse and strategy to his backhands and drop shots. So by understanding their game, you can analyse the pattern of returns played by their opponents.

Role of Statistics and Tables

Mathematics and statistics have been an integral part of almost every sport which is played nowadays. The numbers provide a deeper understanding and a practical approach to the game which helps bookmakers and gamblers understand the odds and which player is more favourable to win based on the numbers from the previous matches.

In Tennis, statistics have shown data on head-to-head matchups, number of grand slams, past performances in a specific tournament, and much more. Apart from this, there are also numbers that are shown during a tennis match as well for each contender such as:

This is some of the data which is shown with the help of statistics and these numbers can help to a great extent if you are making bets play-by-play in those markets.

For example, if Roger Federer has had more aces compared to his opponent, you can make a bet on the next ace would be made him as the odds of doing so are more.

Tennis is such a game where gut feeling can go either way. Everyone has a favourite player and it is difficult to support the opponent if he or she is in better shape to win or has more chances to win.

You can take a look at all the numbers, tables, and other graphs that will tell you or let you practically make a decision. On the other hand, a call or a bet made only from your gut can help you go a long way or not.

But the gut feeling, many a time, made based on past numbers, performance, form, and other variables. However, when you are true to a particular sportsperson or a team, it is difficult not to choose them, no matter what the numbers say.

Tennis is a highly followed game throughout the world and we all have seen some amazing nail-biting games which took our breath away. So if you think, this article on predictions and tips in Tennis betting helped, sign up with your name and email ID on the box below.

We at Bet India are also soon going to be offering promotions for people who have followed us through email. So what are you waiting for? Sign up today!