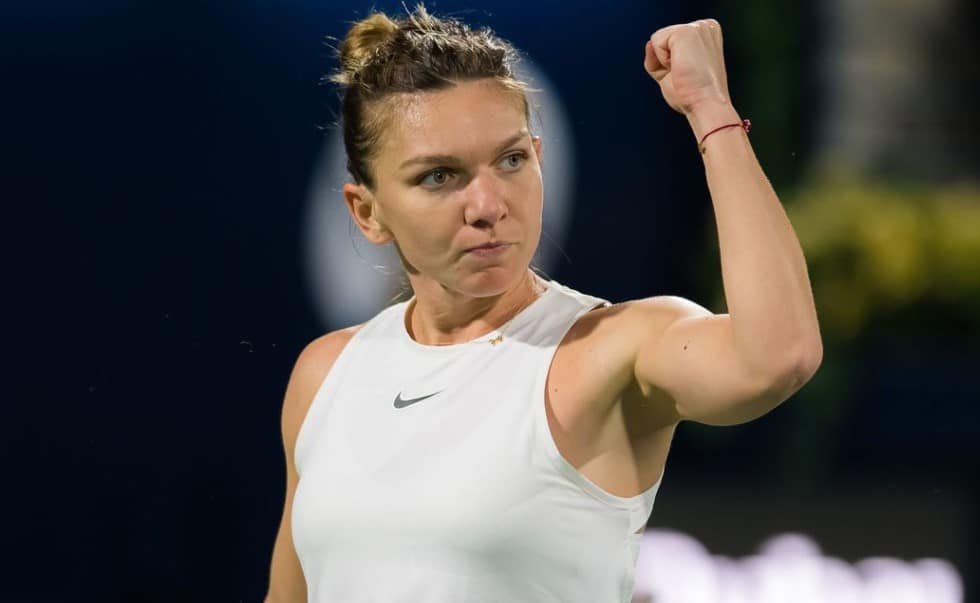 Simona Halep will face Elena Rybakina in the final of the 2020 WTA Dubai Duty Free Tennis Championships. The match is scheduled to take place on Saturday evening at 7:00 pm local time in Dubai. Here, you will find the Simona Halep vs. Elena Rybakina betting tips with odds, preview, and match predictions. For tennis betting fans, this one promises to be an easy opportunity to make some quick profits.

For this match, Halep will start as the favourite to win. As the top seed and a past champion in Dubai, she has the experience and momentum on her side. Rybakina, however, has proven to be highly impressive and is already competing in her fourth singles final of 2020. Expect this to be a tight encounter where the Romanian may be tested and pushed to the limits.

Simona Halep, currently World No. 2, hasn’t won a singles title since the Wimbledon last season. So far in 2020, she reached the second round in Adelaide and later, had a semifinal run in the Australian Open. In Melbourne, Halep looked particularly impressive until she was halted by Garbine Muguruza. The top seed was primed to go the distance but fell to the Spaniard in straight sets.

As for her run in Dubai, the 27-year-old faced some difficulties at the start of the tournament. Enjoying a bye into the second round, she met Ons Jabeur – a promising Tunisian player who fought Halep to the last set in a crucial tie-break. The Romanian survived that scare with 1-6, 6-2, 7-6(7). After that, she met Aryna Sabalenka and moved past her with 3-6, 6-2, 6-2. In the semifinal, Halep’s opponent was the American qualifier, Jennifer Brady. The Grand Slam winner needed just 62 minutes to dispatch Brady with 6-2, 6-0. It was among Halep’s most clinical wins of the season, featuring 16 winners to just 8 unforced errors.

Halep has over 19 titles to her name and in comparison to Rybakina, is light years ahead in terms of experience. At the same time, it is worth mentioning that she isn’t without her fair share of surprising losses. She will need to keep a sharp eye out for the Kazakh, who has never looked this phenomenal.

Rybakina, in her second consecutive final

The 20-year-old Kazakh is all set to compete in her second consecutive singles final this month. Just last week, she was in St. Petersburg where she emerged as the runner-up after falling to Kiki Bertens in the final. Nonetheless, it was nothing short of a dream run for Rybakina, who has started the year on such a promising note.

Earlier this season, she was a finalist in the Shenzhen Open and later, won the Hobart International. In the Australian Open, she went as far as the third round before succumbing to Ashleigh Barty. Despite this, she is now World No. 19 and is primed to move up further in the rankings.

In the Dubai Duty-Free Tennis Championships, she defeated some big names and truly established herself as a formidable player. In the opener, she knocked out the Australian Open champion Sofia Kenin with 6-7(2), 6-3, 6-3. Later, she moved past Karolina Pliskova in straight sets and built on her momentum in a remarkable way. With all top seeds out, it was only a matter of dispatching Petra Martic in the semifinal. It didn’t take a long time for the Kazakh to defeat Martic with 7-6(5), 7-6(2).

Halep has her work cut out – she is facing a young gun who is sailing high on confidence and momentum. She has already knocked out two top-10 players and looks highly menacing at the moment. This is a match where betting on the number of games would make more sense than trying to predict an outright winner.