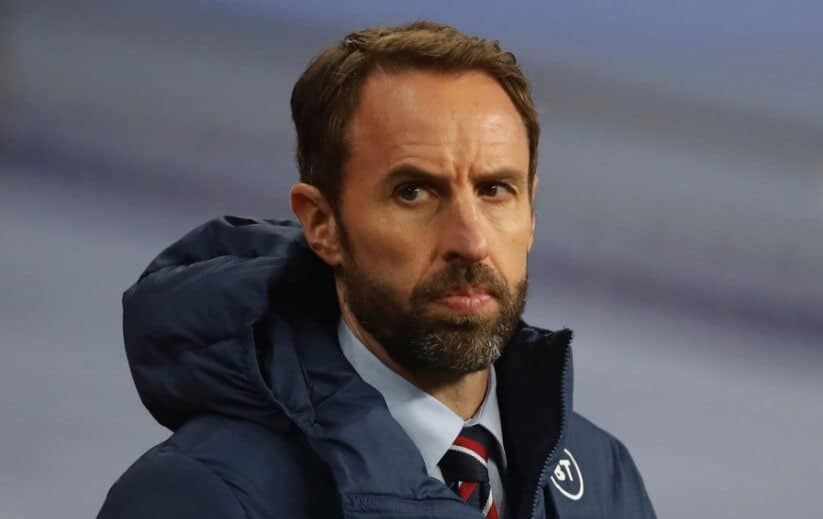 There was little in the way of surprises as Gareth Southgate announced England’s provisional 33-man squad for Euro 2020. But it still needs to be cut down to just 26 and there are some quite big games coming up in the meanwhile.

All the big names are there of course including skipper Harry Kane, Raheem Sterling and Trent-Alexander Arnold, who had been left out of a few England squads during the season but is now back after ending the campaign with a series of impressive performances, especially going forward.

Interestingly, Alexander-Arnold is one of four right-backs picked by Southgate. Many suspect that at least one of them will be cut from the final squad but as Southgate explained, all four are more than capable of playing in different positions.

“Trippier can play at left-back. Alexander-Arnold can play at wing-back, I think he can play midfield. I’ve seen James play on the right side of a back three, at wing-back and as a midfielder. Those flexible players who can fulfil different roles will be hugely important.”

The reason this is a 33-man squad rather than a 26-man one is that there’s still a Champions and Europa League final to be played.

The likes of Mason Mount, Ben Chilwell and Phil Foden are just three of the six players who will feature in the Champions League final between Manchester City and Chelsea on Saturday, while a couple of others still have to play for Manchester United in the Europa League final.

With the chance of injuries in those two matches imminent, that’s the reason Southgate has gone with 33 players to begin with, while also buying himself a few more days to make his final decision.

Southgate will also be monitoring a quartet of players carrying injuries: Kalvin Philipps, Dominic Calvert-Lewin and Jordan Henderson. Completing the quartet, Man Utd defender Harry Maguire is hoping to be fit for Wednesday’s Europa League final but will surely be ok for the Euros.

Burnley keeper Nick Pope, excellent all season, misses out after getting injured in the last few matches of the campaign.

England joint-favourites to go all the way

Much is expected of England at the Euros. They’re the 6.0 joint-favourites alongside France to win it with Betway, while Harry Kane is the 6.5 favourite to be the tournament’s top goalscorer after ending the Premier League season as the top marksman with 23 goals.

They’re in the same group as Croatia, Scotland and the Czech Republic and are expected to top their group. Their first match is against Croatia on June 13 at Wembley.