Supermoms Serena Williams will lock horns with her former rival Victoria Azarenka, in the semifinal of the US Open 2020.

These matches will take place in the early hours of Friday morning, starting at 4:30 am IST on September 11.

Get Serena Williams vs Victoria Azarenka US Open betting tips with the latest match odds, preview, and predictions.

For this scintillating match between two of the most experienced tennis stars currently on the tour, mentioned below are our match odds. To make the most of it from a tennis betting perspective, we recommend having at least two betting accounts set up to get the best odds possible.

The two ladies have met no less than 22 times on the WTA Tour. Williams leads 18-4 over Azarenka in the head to head tally, with their last meeting taking place in the 2019 Indian Wells Open. Considering Belarusian’s last win over Williams, it came back in the 2016 edition of the same tournament in Indian Wells.

Needless to mention, the two ladies share an intense rivalry but are just as good as friends off-court too. It is for this reason that this game promises to be a breathtaking affair, with good betting opportunities for us experienced punters.

Serena Williams, on course to equal Margaret Court’s all-time record of 24 Grand Slam wins, has appeared to be a bit rusty through her run in New York. Nonetheless, following a weak run in the Cincinnati Masters the week before, it is fair to say that she has still done a fantastic job of revitalizing her form in the US Open. 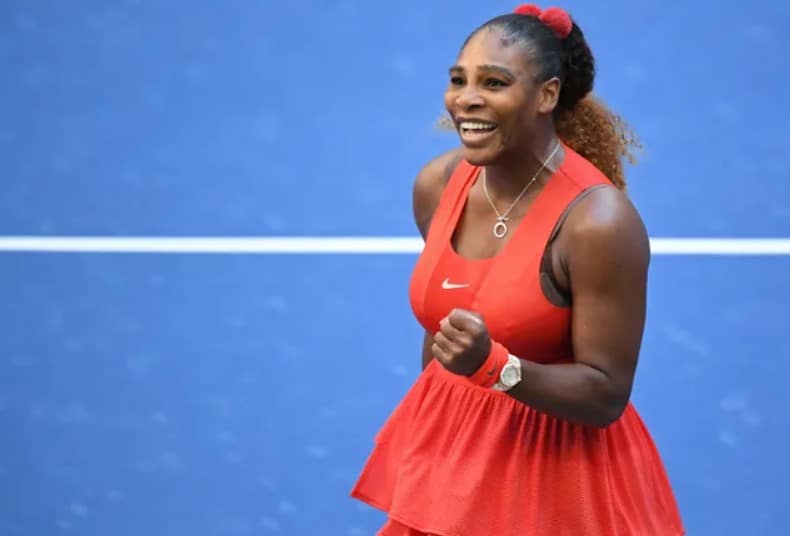 She started her journey with straight-set wins over Kristie Anh and Margarita Gasparyan. It wasn’t until the third round that she started running into problems, starting with former US Open finalist Sloane Stephens. After moving past her in three sets, she faced a similar resistance against Maria Sakkari, where she had to fight hard to ultimately win with 6-3, 6-7(8), 6-3.

In the quarterfinal too, she faced a three-set affair, this time against Tsvetana Pironkova.

Williams, given her massive experience and all the trophies, is clearly a top-favourite to go the distance at the Flushing Meadows. However, it won’t be an easy win for her and that’s why our bet on this match that it will have over 21.5 games.

Azarenka, On a Winning Spree

Azarenka, by contrast, has had a far better run than Williams in the US Open, at least in terms of set wins. Starting as an unseeded player, she first moved past Oceane Dodin. However, her first real test supposedly came against the 5th seed, her compatriot Aryna Sabalenka, whom she routed 6-1, 6-3.

Following that superb win, her path to the semis was all but cleared. The former World No. 1 defeated Iga Swiatek in straight sets and followed it with a 3-set win over Karolina Muchova. In the quarterfinal, she knocked out the 16th seed Elise Mertens with 6-1, 6-0, in what was an absolute display of strength, raw form, and masterclass. The Belarusian won 10 games in a row in that match, with just 1 game loss preventing her from a double bagel.

Azarenka is fresh off her win from the Cincinnati Masters – her first singles title since 2016. Although she won by a walkover against Naomi Osaka in the final, her performance in the tournament was still commendable. With rather impressive wins over Donna Vekic, Johanna Konta, and Caroline Garcia, she has more than picked up the necessary momentum and form needed to perform here on the grand stage.

Where to bet on Serena Williams vs Victoria Azarenka

This match is for the history books, folks. Two arch-rivals are reviving their rivalry but now, both of them are mothers.

They are setting a precedent for all the ladies on the tour. Rest assured, this match is bound to be a 3-setter with plenty of quality shots in the making.

Take a look at the best online betting sites listed below for all the best odds on there US Open Women’s semifinal.