Ashes 201-22: Why England are getting so badly beaten 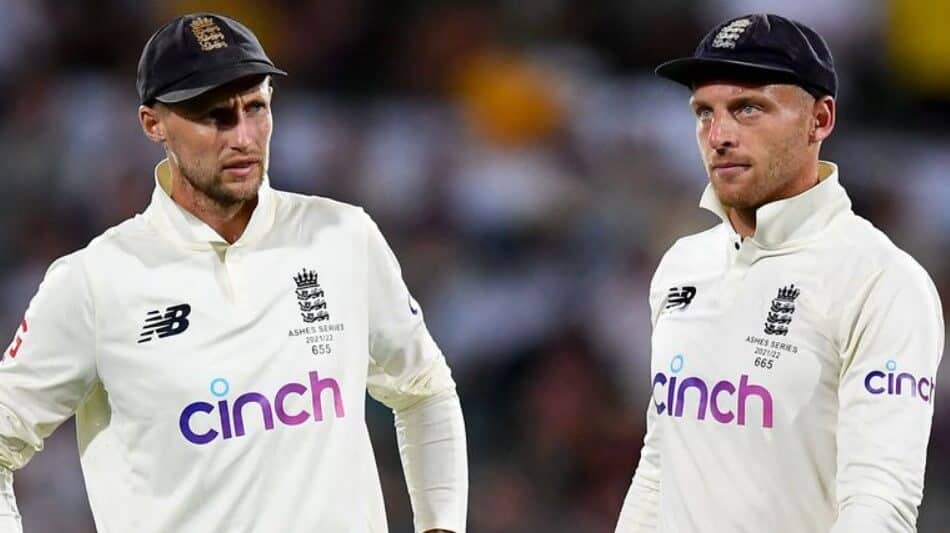 England are currently 3-0 down in the Ashes in what has been an incredibly difficult series for them since ball one. Rain may save them from defeat in Sydney and mean they’re not whitewashed and at this stage, that’s just about the best they can hope for.

But what has gone so terribly wrong for them, what caused them to be in such a state and what can be done about it?

Their Test team is poor

An obvious place to start. But it’s true.  In Joe Root they have one of the world’s top batsmen who had a record-breaking 2021 with the bat.

Ben Stokes (more on him in a bit) is a world-class all-rounder, a real three-dimensional player.

And Stuart Broad and James Anderson are class acts. They are, however, 35 and 39 years old respectively so it’s fair to say their best years are behind them. But ok, we’ll be kind and include them.

But beyond those, top-class English Test players with the skills, physical attributes and records to go with it are very few and far between. That the other Test teams wouldn’t want any English player outside those four, tells its own story.

One player doesn’t make a team but a fully fit and in-form Ben Stokes may have made a significant difference.

Instead, he arrived in Australia having played virtually no cricket at all in 2021.

Naturally an extremely fit player who takes great care of his body, his actual fitness wasn’t the big problem.

Rather, it was his match fitness that was the issue.

Having spent so little time out in the middle and bowled so little over the last six months or so, he just didn’t look right all along. And a five-match Ashes Series in Australia is hardly the time or place to come to under-prepared.

He finally made a decent contribution with the bat in the Fourth Test with an aggressive 66 off 91 that included a huge six. But he’s clearly suffering from a sde injury, can’t bowl at present and may not play the final Test.

In Stuart Broad, Chris Woakes, Olie Robinson and James Anderson you have an attack that could be extremely dangerous if the ball is swinging.

But if it’s not, it has the tendency to be a bit ‘samey’ . They all bowl somewhere between 80 and 85 mph, looking for that fourth stump line outside off-stump.

Boy, did they miss Jofra Archer.

Archer famously hit Smith and Labuschagne on the helmet several times in the last Ashes series in England and his raw pace aggression actually made Australia’s batsmen afraid. And fear leads to wickets.

The only bowler with real pace England had this Series was Mark Wood, who is notoriously injury prone and can rarely play two Tests in a row.

Not only did England miss Archer but it’s very possible we don’t see him play Test cricket again, so troublesome is his elbow injury.

And there are no signs of another genuinely fast bowler bowling around for England anytime soon.

Silverwood was given too much power and responsibility

When England were looking to appoint a successor to Trevor Bayliss in late October 2019, they went with Chris Silverwood, up to that point their bowling coach.

Promoting from within is normal in cricket, the same as in just about any walk of life. But was Silverwood the right man for the job?

Alongside his skipper Root, he’s been known to make some questionable decisions both in terms of what to do at the toss, team tactics and selection. Let’s not forget that Anderson and Broad, England’s two highest wicket-takers in Tests, were omitted for the First Test for no real logical reason. Where England lost heavily.

But Silverwood is also pretty much the only Selector. Meaning that if he’s making poor decisions by himself regarding selection, then England will consistently be fielding the wrong players: some who shouldn’t be there, while others who should won’t play because Silverwood doesn’t fancy them.

Prior to Silverwood being the sole Selector, Ed Smith did the job. A man who was very much independent from the dressing room so not picking players based on ‘politics’ or personal attributes but rather, solely based on what they could bring to the table.

He was given too much power before he had proved he was up to it.

Batsmen particularly guilty of not contributing

Halfway through the Fourth Test, Stuart Broad said that it was pointless to argue about who England should pick as their bowlers…if the batsmen were continuously letting the side down.

It was a thinly-veiled attack on his team’s batters and perhaps came at a strange time with England in the middle of a Test. But that’s not to say he was wrong.

In six completed innings across the first three Tests only Root (three times) and Dawid Malan (twice) have reached 50.

Only two other players- Chris Woakes and Ben Stokes- had reached 100 or more runs for the Series.

At Sydney in the Fourth Test, things went considerably better.

Stokes got 66 and Jonny Bairstow got to 100, the first English batsman to do so this Series.

Bairstow’s knock in particular was full of authority and control. But it’s all a bit ‘too little, too late.’

We all know that Australia is a tough place to bat and that their pace attack of Josh Hazlewood, Pat Cummins, Mitchell Starc and others like Scott Boland and Jhye Richardson, are high level performers.

But it’s also true that for the most part, England’s batsmen have lacked patience, temperament, a sound technique, good shot selection and a few other things.

Whether that’s a result of too much emphasis on white-ball cricket in England, the county system or poor coaching, is up for debate.

But right now, England do not have the Test batsmen to score heavily against the best bowling attacks.

Lack of preparation far from ideal

It was always going to be tough to come into an Ashes series on the back of the T20 World Cup.

Those not in the T20 side like Joe Root, Stuart Broad or Rory Burns hadn’t played since September while those who did play at the WC in the UAE were in T20 mode.

With rain affecting England’s warm-up matches in Australia, they were very much underprepared for a long Test series in every sense.

Of course, Australia had just played the T20 World Cup as well. But it helps when you’ve just won it. And it also helps when the Ashes is being played at home.