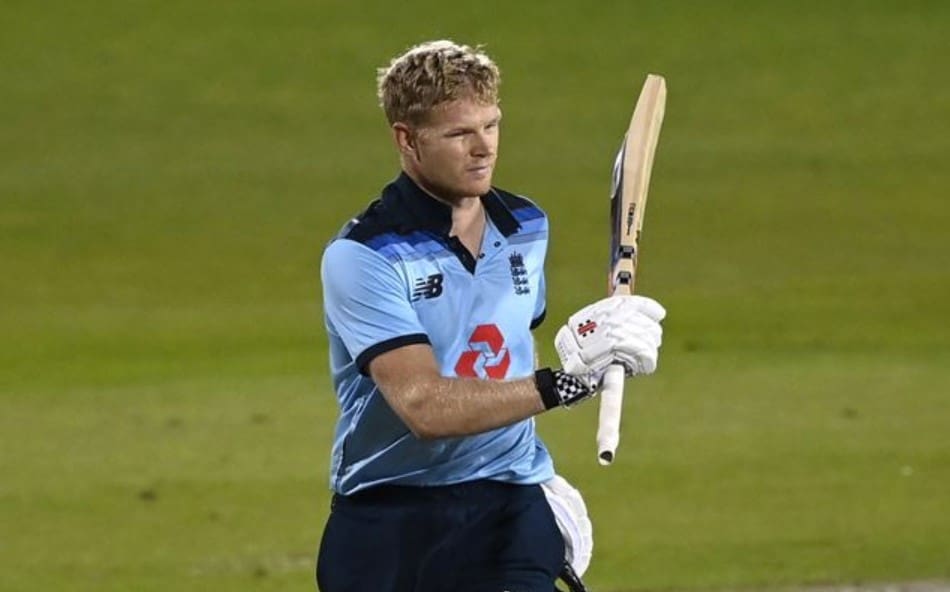 Sam Billings played a big part in the Oval Invincibles’ opening day win in The Hundred and it was a much-needed positive day for the keeper-batsman, who has gone through an awful year in 2021. Here are his bad luck stories and why his knock was so important on Thursday.

Sam Billings finally had a good day after months of setbacks and frustration.

The occasional England wicket-keeper batsman, who plays his county cricket for Kent and skippers the Oval Invincibles in The Hundred, was man-of-the-match in the first-ever game of English cricket’s new tournament.

Against the Manchester Originals, Billings batted at five and scored a match-defining 49 off 30 to get his team off to a win at the first time of asking.

Not only did that make him top batsman for the Invincibles, but for the whole match.

The Invincibles’ 145-8 was nine runs too many for the Originals, Carlos Brathwaite’s 37 off 29 not quite enough to get them home.

It wasn’t just with the bat that Billings made a mark. His captaincy was good and innovative in the second innings and he also kept wicket well.

Why has it been such a bad year for Billings? Well, it actually started pretty well as he put in some good performances for the Sydney Thunder in the BBL, but that’s as good as it got.

In the IPL, he was bought by the Delhi Capitals but didn’t get to play as coach Ricky Ponting decided to go with overseas players like Marcus Stoinis, Shimron Hetmyer, Chris Woakes, Kagiso Rabada and Tom Curran, meaning Billings was mostly just carrying the drinks.

After waiting and waiting for his chance in an England shirt, he finally got it against India in the ODI Series in late March. Only to injure his shoulder while fielding and was ruled out of the remainder of the Series.

When given another chance against Pakistan in the ODI Series in mid-July, the whole squad was disbanded after positive cases of Covid-19 in the camp and a totally new team was called up. Worse still, he was one of the players who tested positive and not only was he hit badly by the virus but was also ruled out from further cricket.

So you can see why he was so thrilled with not only getting back to competitive cricket but also to such good performances.

Billings is an excellent limited-overs player with a good average of 23 and a healthy strike rate of 130 across 192 T20 matches. In just about any other international team, he’d surely feature as a wicket-keeper batsman or as a specialised finisher.

But the problem he has is that it’s virtually impossible to break into the England T20 side as a regular these days. It’s just too strong.

They have Jos Buttler and Jonny Bairstow to take the gloves, while the likes of Ben Stokes, skipper Eoin Morgan, Liam Livingstone and Moeen Ali are the sort of middle-order batsmen that Billings also is.

World Cup place not out of the question

Even though The Hundred isn’t T20 as such, more good performances from Billings and the Selectors will need to take note.

The smart money is on Billings making England’s T20 World Cup squad but not being in the starting XI for the first game and having to bide his time.

Remember to check out our cricket betting tips, especially put together for our Indian readers,  ahead of all the major cricket that’s being played around the world at the moment.