The Champions League is Back! Here’s What You Need to Know

The knockout stages of the Champions League start tonight!

The first two matches from the Last 16 Round are played on Wednesday morning, February 17 at 1:30 am IST.

Here’s a reminder of who’s still in it, who can win it and even a couple of top Champions League betting tips too!

What are the Last 16 matches?

The Last 16 matches see the winners of the eight Groups playing the runners-up of those Groups.

Here’s when the first legs will be played, starting tonight.

You can read previews of Barca vs PSG and  Leipzig vs Liverpool, complete with some top betting tips.

There are a few interesting ones, starting tonight with PSG v Barcelona.

Not only are we talking about two contenders for the title packed with world-class expensive players on astronomical wages who can do incredible things, but there are other storylines going on beyond just trying to progress to the next round.

There’s the fact that Neymar was at Barcelona before becoming the world’s most expensive player at PSG and that he has since made noises about returning to Barca.

And then there’s the fact that Lionel Messi is seriously considering PSG as one of his few realistic destinations once he leaves the NouCamp at the end of the season.

Most Indian betting sites are making it a 50/50 affair in terms of who will go through and that looks about right.

You’ll have to wait till next week for this one but it should be a good one.

Atletico Madrid are having a very strong season in La Liga and are currently five points clear of Real Madrid.

But they’ll be going all out to do as well as possible in the Champions League too after making two finals in the past decade.

That tough-to-beat, cynical and ruthless style of theirs that mirrors manager Diego Simeone, will make them formidable opponents. 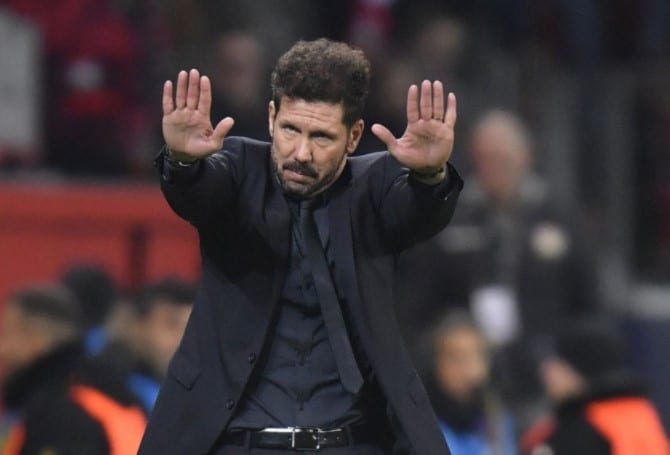 Not that Chelsea don’t have their own weapons.

If this match had been a few weeks ago you may have feared for Chelsea.

But now with Thomas Tuchel in charge, they’re a completely different team, above all, defensively.

Chelsea are actually the favourites to go through but we think Atletico are a good bet at 2.1 to get the better of them.

Defending champions Bayern Munich and Manchester City are joint-favourites at around the 4.0 mark with Betway.

Munich’s odds are understandable as the side who were head and shoulders above everyone else last season and are looking good again this year.

They may be playing very well on the domestic front but we’ve certainly been here before regarding the Champions League.

Let’s remember that they’ve only ever made one semi-final under Pep Guardiola in this competition.

And they lost it.  So not a great track record.

PSG have a hard task next against Barcelona as discussed already.

At the same odds, there’s Atletico Madrid, who we also think have what it takes.

Here are odds for them to win top scorer:

NOTE: The best odds are at 10CRIC

Rashford certainly won’t be adding any more goals to his tally because United have been knocked out.

As for the deadly duo of Cristiano Ronaldo and Lionel Messi, Ronaldo has four and Messi has three.

Ronaldo is an 8.0 shot, Messi is 13.0, with the betting sites aware that he and Barcelona can easily crash out at this stage to PSG.

But don’t discount that man Robert Lewandowski, who has three.

The Bayern hitman scored an incredible 15 goals in last year’s competition and though it would be virtually impossible for him to repeat that, he could easily get to 10 goals.

In his advantage are the fact he plays for one of the favourites, Bayern score lots of goals and that they have a relatively easy task up next against Lazio.

If Lewandowski gets going, those current odds of 5.5 will start to look very decent.