Hyderabad FC are among the newest teams in the ISL. Founded just before the start of the last season, the club is looking to make themselves a formidable name in the league.

In the short 15 months or so, they have done well to build a squad worthy of competing with other giants in the competition. From stratetigc partnerships with European clubs to signing experienced players to bolster their squad, the Nizams are looking stronger by the day.

Following a bottom-placed finish last season, the side will be keen on leaving a strong mark this time around and show what they are capable of.

Where to bet on Hyderabad FC

Hyderabad FC may have joined the Indian Super League just last season but have come a long way since then. They have learned from their mistakes and debacles, as they look to a fresh new start in the league this year.

The Nizams have got a whole new look to their squad, including the manager Manuel Roca, who replaced his fellow countryman Albert Roca at the start of the season.

From having India’s best goalkeeper Subrata Pal to an all-Spanish attack with Adriane Santana and Francisco Sandaza, they enter the tournament with a decent chance of performing well.

However, in comparison to the other, well-established teams in the league, they would still be dubbed as the underdogs. This implies they may enjoy slightly higher odds in their ISL matches versus other sides.

If you are looking to bet on Hyderabad FC, we suggest doing so with 10CRIC.

Check out our 10CRIC review to see why we favour this operator for the Indian Super League.

You may also check out our quick Payment Guide on how to make a deposit with a betting site so you are all set and ready to bet on Hyderabad.

To help you make the most of football betting, we are going to preview every single Hyderabad FC match in this year’s ISL.

Once the competition picks up pace, we can expect to make more accurate predictions depending on the team’s performance and their reception to the league.

That said, Manuel Roca’s team looks certainly more formidable than last season, especially in the defence. They have done well to form a Spanish core, central to Manuel’s style of play.

The attacking line comprises of international players while the team is headed by the likes of Adil Khan and Subrata Pal – India’s two most experienced footballers. 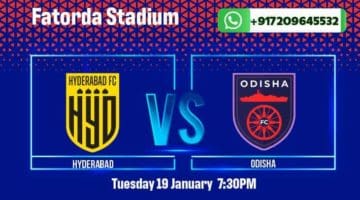 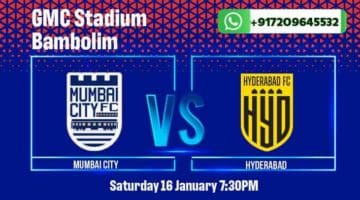 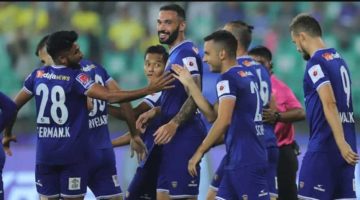 Hyderabad FC made their Indian Super League debut just last season and understandably so, it was not a pretty one.

In their campaign of 18 matches, the club managed to win just 2 games while losing 12 and drawing 4. The Nizams also conceded as many as 39 goals – higher than any other club in the league that season.

Their sole wins of the season came over the likes of Kerala Blasters with 2-1 and NorthEast United with 5-1.

Interestingly, the team had quite a few big names in the international roster, most notably of Marcelinho and Marko Stankovic.

Hyderabad FC may be among the newest teams in the Indian Super League but they are going great lengths to create a strong legacy in the coming years. Mentioned below are a few interesting facts about the Nizams.

The 32-year-old midfielder holds a lot of experience playing for India and other clubs in the I-League and ISL. With Subrata Pal, he may very well manage the team and possibly guide them to a good season.

Santana and Sandaza bring a lot of experience to attack; Santana is already well-versed with the ISL as he played for Odisha FC last year and scored 9 goals in the process.

The addition of Onaindia and Victor the teams also brings in relief from a defensive point of view; Manuel Roca is certainly keen on avoiding another goal-conceding season. These two players have a lot of years under their belts and may make life easy for Pal at the goal.

The presence of Lluis Sastre may also benefit the team as the Spaniard has spent a great deal of his career in Spain. The 34-year-old is one of the most experienced defenders in the team and gives the side just what they need to keep clean sheets.

The Nizams have the resources and the players to perform fairly better this season. All they need is time and matches to test out the best playing combinations to find their winning formula.