Kerala Blasters are one of the most popular clubs in the competition. From a massive fan following to a rich history, the club has done well to leave its mark on the league.

However, as two-time runners-up, their spark has faded in the previous seasons. With three years of consistent bottom half finish, the Blasters now look to reinvent themselves.

Armed with new signings and a new manager, can they finally break the dreadlock and reach the top again?

Let’s take a look at how the Yellow Army will fare this season from the ISL betting perspective.

Where to bet on Kerala Blasters

Kerala Blasters are certainly one of the most entertaining sides in the Indian Super League. However, in the recent few seasons, their form has taken a sharp dip as the club struggles to deliver results.

If you are looking to bet on the Tuskers, we recommend doing so with 10CRIC or Casumo.

Check out our 10CRIC review and Casumo review right here; they are quickly winning Indian hearts and have shown great promise in match odds and markets.

You can also check out our quick Payment Guide on how to make a deposit with a betting site so you wager on the games easily.

To help you become successful in football betting, we are going to preview every single Kerala Blasters match in the ISL.

The camp at Kerala Blasters continued to see a high churn-rate this season, pretty much in line with what we have seen in the past. There are six new foreign players, a new coach, and a strong desire to not repeat last season’s bad run.

Clearly, their chances of performing well are pretty low, given the freshness of the squad and subsequent challenges that arrive with it. That said, this is the Indian Super League and anything can happen.

Kibu Vicuna is fielding a squad of young Indians and has signed a few internationals like Sergio Cidoncha and Costa Nhamoinesu to fill in the voids.

If the side manages to find their rhythm early in the season, we may see them reaching the top four and keep in mind that it is a big if.

Our Prediction for the Season: Bottom-table finish. 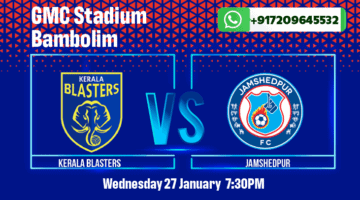 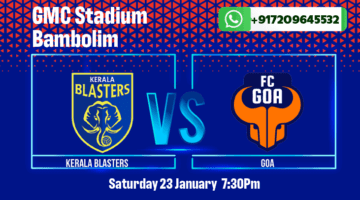 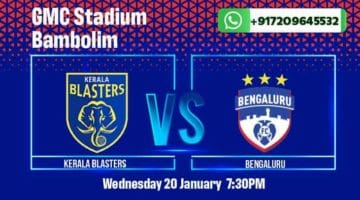 The Yellow Army finished at the 7th place in the table with 19 points – just 1 point above Jamshedpur FC. It was their third consecutive finish in the bottom half of the table; however, they did finish 2 places better than the preceding season.

With just 4 wins in the entire campaign, their best performance came against Hyderabad FC, whom they defeated 5-1 at home.

To some extent, it is also fair to say that it was a one-man show which was driving the Kerala Blasters – Bartholomew Ogbeche scored a little over 50% of the total goals scored by the club in that spell. Raphael Messi scored another 8, proving the Blasters’ evergrowing reliance on a few key personnel.

Both these players are no longer at the club, leaving Vicuna a lot to deal with.

Kerala Blasters have been in the ISL well since the start of the tournament. Mentioned below are a few interesting facts about the side:

Cidoncha is the only international player who finds his place in Kibu Vicuna’s new squad this season. He had an uneventful spell with the Blasters last year but this time around, he has a chance to prove his worth by captaining the team.

The Spaniard can also look at Nhamoinesu and Carneiro as these two players have been named as the vice-captain and 3rd captain respectively.

Gary Hooper brings with him a great deal of experience and boasts of an impressive pedigree. He has seen his fair share of English football and will be critical to the side’s goal supply. Having scored for the likes of Scunthorpe United and Celtic, the expectations will be high from him.

As for Kone, he has been signed for his defensive prowess – the Centre Back will be expected to keep the defence in line and ensure they don’t concede as many goals as they did last year.

Kibu Vicuna may be managing his first ISL team but he is no stranger to Indian football. He spent the last football season in India managing Mohun Bagan in the I-League. Owing to the Spaniard’s efforts, the side moved on to finish at the top of the table and winning the season trophy.

Now, all he needs is his players to match his level of expectations and style of play. Vicuna knows his way around the sport in the country but it may not be the case for his new contingent.

The likes of Murray, Hooper, and Kone have incredible playing experience; furthermore, there is a great deal of Indian talent as well.

All in all, the Blasters do have a recipe for success but it is a matter of Vicuna will make the most of it.