NorthEast United FC, representing the entire North East region of India, have got a massive fan following and die-hard supporters.

Known for their love for football, they have been a part of the ISL since 2014, but have finished in the top-four just once.

Last season, they finished at the 9th place in the table on the back of an abysmal performance. With a new team and a new coach, can they finally reach the top?

Let’s take a look at how the Highlanders will fare this season from the ISL betting perspective.

NorthEast United FC have been a part of the Indian Super League since the very first edition. While they have reached the playoffs only once, the team has built itself an impeccable fan base in the North-Eastern part of the country.

This season, the Highlanders have undergone a good transformation and solidified their squad to fix the flaws from last year.

That said, they are still likely to start as the underdogs in matches against the bigger names like ATK Mohun Bagan, but this means they will enjoy comparatively higher odds.

If you are looking to bet on NorthEast United in the Indian Super League, we recommend doing so with 10CRIC or Casumo.

Check out our 10CRIC review to see why we favour this betting site for the Indian Super League. As for Casumo, they are quickly winning Indian hearts and have shown great promise in match odds and markets.

To help you become successful in football betting, we are going to preview every single NorthEast United FC match in the ISL.

Gerard Nus has built a good team this season with an emphasis on defence and attack. It is only a question of how the boys will fare once the tournament picks up – temperament, consistency, and fatigue will be a deciding factor amidst all of this.

With time, we will also get clarity into the players and their ability to perform consistently in the same three venues.

If everything goes according to the plan for them, there is no reason why they cannot aim for a top-four finish and possibly, beyond.

Our Prediction for the Season: Top-four finish in the table. 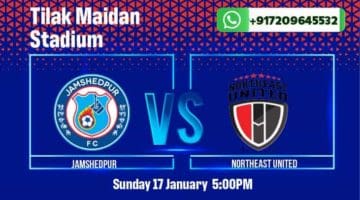 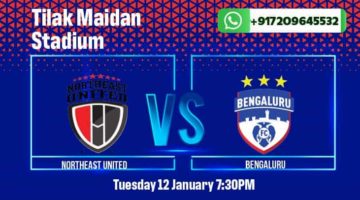 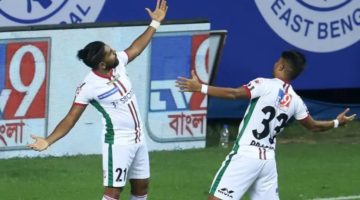 The 2019-20 season of the Indian Super League saw NorthEast United finish at the 9th place in the table, just above Hyderabad FC.

While they conceded just 28 goals – the least in the bottom six finishers, they won just 2 matches in their campaign of 18 games. The results of the remaining 16 were evenly split between draws and losses.

Interestingly, the Highlanders started their journey on a positive note in the season with a six-match unbeaten streak. However, they miserably failed to carry that momentum forward.

They were also plagued by the loss of their striker Asamoah Gyan to an injury, leading to the club not scoring in 6 out of 7 matches that followed.

To exacerbate the matters, their head coach Robert Jarni was fired in the second half of the season and was replaced by assistant manager Khalid Jamil.

Their highlights include a 3-3 draw with Jamshedpur FC and a 2-1 win over Odisha FC.

NorthEast United are among the oldest team in the Indian Super League. Mentioned below are some interesting facts about the Highlanders:

The 30-year-old Uruguayan midfielder will be captaining the side this season. He spent the last season with the side under a loan contract, appearing in 20 games.

Gerard Nus will be relying on him to carry the team’s philosophy forward and build the chemistry with the new signings.

One of the players to watch out for this season is Idrissa Sylla – the 30-year-old Guinean striker with plenty of experience under his belt. He has played in top European leagues, most notably for Queens Park Rangers in the Championship. He scored 17 goals for the London side and has also plied his trade for other clubs like Anderlecht. Sylla will be playing side by side with Kwesi Appiah, his counterpart from Ghana. He has featured for several English sides in tier one and tier two leagues.

Nus can also rely on the likes of Fox and Lambot in defence.

First up, Gerard Nus may just prove himself to be a capable manager. He has worked with Rafa Benitez as the assistant coach in Liverpool and with Avram Grant to manage the Ghana National Football Team.

The Spaniard has also worked with other clubs like Rayo Vallecano, Elche CF, and clearly brings with him ample management experience.

While he has done well to build a strong side with key personnel in all positions, the lack of time in the pre-season to prepare may be a problem.