Sporting Club East Bengal are the debutants in this season of the Indian Super League. Even though the club has been around for a good 100 years, they are making their debut in the top-flight of the Indian football this year.

Right up there with ATK Mohun Bagan, the club’s impressive pedigree is only enhanced further by their loyal, incredible fanbase.

They have made a name for themselves in the I-League, National Football League, IFA Shield and Durand Cup and are truly synonymous to football in India.

While there are no outright winner markets available for the Indian Super League yet, it may be safe to assume that SC East Bengal may enjoy slightly higher odds for many of the games. In other words, punters may not favour them heavily in the initial few games.

The reason for this being that they are a brand new side in the ISL and may not have had enough time to acclimatize to the tournament.

From a new manager in Robbie Fowler to massive squad revamp, a lot has been done in a brief period to chisel the team for the Indian Super League.

That said, this may very well work to their advantage too. Fowler is a prolific manager who is fielding a team comprising the best of Indian and international talent he could find.

If you are looking to bet on SC East Bengal, especially in the Kolkata Derby, we recommend doing so with 10CRIC.

Check out our 10CRIC review to see why we favour this operator for the ISL.

To help you make the most of football betting, we are going to preview every single SC East Bengal match in this year’s ISL.

Once the competition picks up pace, we can expect to make more accurate predictions depending on the team’s performance and their reception to the league.

In the meantime, you should check out our quick Payment Guide on how to make a deposit with a betting site so you are all set and ready to bet on SC East Bengal. 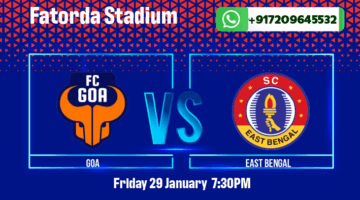 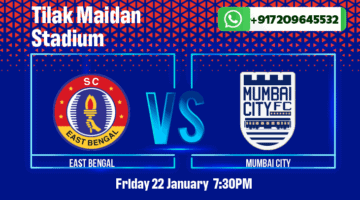 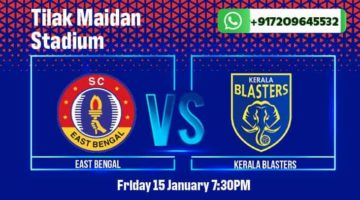 SC East Bengal are making their debut in the Indian Super League this season.

Last year, they played in the I-League where they finished at the 2nd place. That said, it was under different circumstances with a completely different set of players and managers.

SC East Bengal have a fantastic history in Indian football and in many ways, they have inspired continuously new generations to pick up the sport. Mentioned below are a few quick facts about the side:

Captain: Not yet Assigned

Fowler hasn’t made his pick for the captain yet, leading us to believe that he may very well rotate the armband among the squad.

As an Englishman who favours the English style of football, Fowler has gone to great lengths to sign foreign players better adapted to it. His foreign contingent comprises the likes of Pilkington and Fox, who have spent a majority of their careers in English football.

Pilkington is known for his years with Wigan Athletic and Cardiff City while Fox has enjoyed stints with the likes of Celtic, Burnley, Southampton, and Everton. Jacques has had over 300 appearances combined for Burton Albion and Birmingham City. Holloway and Neville were handpicked from Australia’s Brisbane Roar – the side Fowler managed prior to SC East Bengal.

Fowler is playing to his strengths here but it is to be seen how the results will be on the pitch.

As the newbies in this year’s Indian Super League, the objective for the team should be to test the waters and get used to the playing style.

We must remember that this is a new side under new management – coaching wise and ownership wise. New players have been brought in while many from the I-League days were let go. Even though the side is rich in talent and experience, at least on paper, things may be different once the games get going.