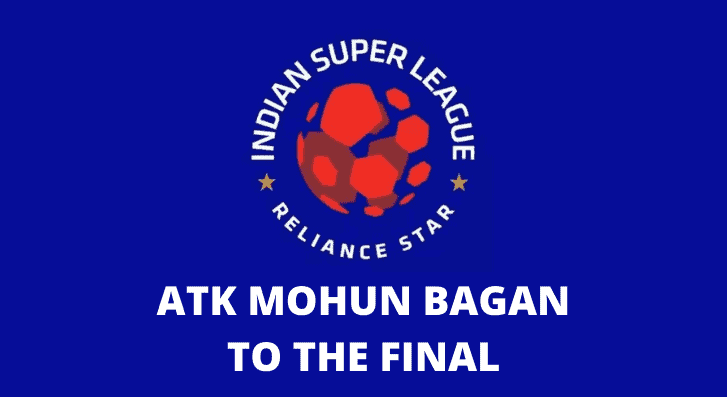 ATK Mohun Bagan have made it to the final of the Indian Super League after a 2-1 victory over NorthEast United.

Find out all about the game here.

After the first leg of the semi-finals, ATK Mohun Bagan and NorthEast United left things on a 1-1 tie game.

However, following the second leg of the sem-finals, they have pulled ahead to victory.

David Williams fired a warning shot just after kick-off that barely went over the bar.

Right after this, Javier Hernandez rattled the goalposts with a second failed shot, only 3 minutes in.

ATKMB had clearly put on the offence in this game, having made 9 shots at the goals in the first 10 minutes.

After the first 20 minutes, it was clear that, with almost 70% possession, ATKMB was piling on the pressure.

After the 38th minute, Williams delivered the first goal for ATKMB.

This was followed by another goal during the second half by Manvir Singh in the 68th minute.

It seemed that NorthEast would not have a playing chance until Suhair scored in the 74th minute.

A mishap from ATKMB keeper Arindam Bhattacharya saw the ball loop toawrds Suhair, whose diving header saw it hit the back of the net.

This wasn’t enough for his side though, as the game ended 2-1 to ATK Mohun Bagan.

This put them in a comfortable aggregate score of 3-2.

ISL final up next

ATK Mohun Bagan, played in the ISL for the first time this year and have made it to the final.

They will be playing against Mumbai City on Saturday 13 March.

Check back for the final betting predictions here at Bet India!