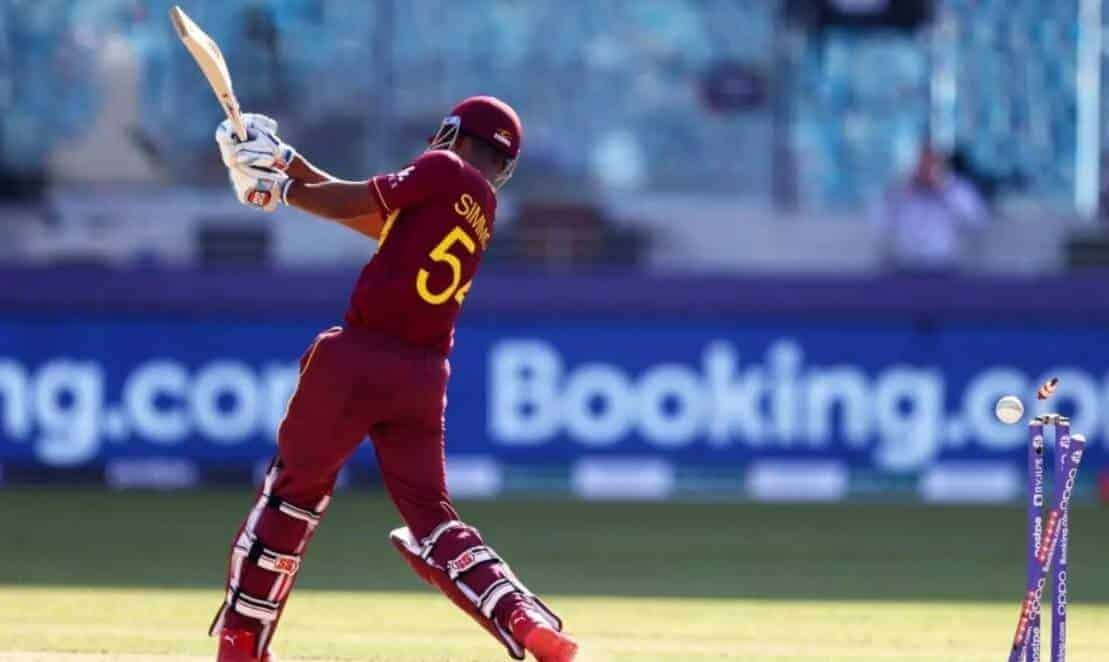 Two games, two losses. Not a good start for the West Indies, the defending champions, the only side to ever win the T20 World Cup twice and one of the favourites going into this one.

Worse still, so heavy was their defeat to England that their net run rate is so bad that essentially it was like losing two games.

If they finished tied in second place with someone, they’d almost certainly have an inferior run rate, whatever the other team’s was.

So they’ll need to win all of their remaining games, drastically improve that net run rate and still hope other results go their way to even stand a chance of making the semis. That’s why they’re out to odds of 67.0 on Betway to win it.

But what’s gone wrong and what can the Windies do if they’re to save their tournament?

They made a ‘mistake’ before the tournament even started. Sunil Narine, the champion mystery spinner and powerful pinch-hitter, was fresh from an excellent campaign with KKR in the IPL. He took 16 wickets in 14 games, which was impressive enough, but look at that economy rate: just 6.44. On these very UAE pitches.

He won three man of the match awards during the season, including in the Eliminator. Only Ruturaj Gaikwad (4) won more.

Then he failed a West Indies fitness test. We don’t know the details behind that were. But here’s what we do know: if the likes of Chris Gayle, Ravi Rampual and Shimron Hetmyer (none of them the fittest players around) passed it, then why didn’t Narine?

The Trinidadian would argue that as a spinner who bowls off a couple of paces and just hits boundaries with the bat, he doesn’t need to be particularly fit. If Trinidad in the CPL and KKR in the IPL deemed him fit enough, then why didn’t the Windies?

But then again, it’s not his opinion that counts. By leaving him out, and they didn’t have to, they deprived themselves of their best spinner.

But save a thought for Narine himself. He would have known there were minimum fitness standards to make the team and he was fresh from playing the CPL followed by the second half of the IPL.  Why did he allow his fitness levels to drop so drastically?

Roston Chase was the top scorer in the CPL this year with 446 runs at an average of 49.55, including four fifties.

And this despite batting at four for the St Lucia Kings. As explained in our top batsman betting guide, it’s almost unheard of for anyone other than an opener to top score in a tournament but Chase did just that.

Then in the last of their warm-up games, against Afghanistan, where they lost heavily, he was the only batsman (coming in at 4) who saved face, scoring 54.

So what do the West Indies, packed with power-hitters and devoid of ‘accumulators’ do?

They don’t pick him. Not only was he the ideal player to anchor an innings,in great form, but he also bowls off spin. His domestic T20 economy rate is just 6.33

They need to select him,probably at the expense of the hugely talented yet often ineffective Hetmyer. And they need to make that call now.

Lendl Simmons has been a disaster

Against England, the opener scored three off seven before holing out. Fine. Every West Indies batsman had a bad day at the office on Saturday and he was no worse than the rest.

But it was against South Africa that he committed the biggest cardinal sin of all.

He faced 35 balls for his pedestrian/ridiculous/match-losing 16. He didn’t hit a single boundary.

But to eat up that many balls showing so little intent is just inexcusable. By doing so he put all the pressure on the other batters in the ultimate act of selfishness: worrying more about getting out than the needs of his team.

The result? Despite some lower-order hitting, the Windies managed just 143, not nearly enough. South Africa chased that relatively easily.

It’s far cry from that heroic innings in the semi-final of the 2016 World Cup against India.

He needs to be dropped. The easy option is to bring in Andre Fletcher as an opener for him. Another option is to open with Chris Gayle and shift the batting order around.

They lost both tosses

This one of course was out of their control. The trend in this World Cup has been to chase. Consider this: 10 of the last 11 matches were won by the chasing side.

So the last thing Kieron Pollard wanted was to have to bat first, particularly against England. He then had to do the same against South Africa.

On both occasions, the Windies struggled to post a decent score and lost, probably wondering what a par score was in the first place.

The other issue is that the West Indies much prefer to chase anyway.

Ironically, had those two tosses gone the Windies way and the picture could have been very different indeed.

Look at a side like Pakistan. Yes, they’re blessed to have in Babar Azam and our 23.0 tip for top batsman Mohammad Rizwan, two of the world’s best T20 openers.

But more to the point, there’s a strategy. Those two bat sensibly yet positively and try to score at a strike rate of around 120. Then Fakhar Zaman comes in and tries to play positively by going for his shots and if they need someone to steady the ship, there’s Mohammad Hafeez and Shoaib Malik.

Look at how cool under pressure Malik was against New Zealand, patient at the start and then accelerating at the end. His 26 off 20 was exactly what was needed.

And then they have a big hitter in Asif Ali (27 off 12 against the Black Caps), while both Shadab Khan and Imad Wasim can hit big or rotate the strike.

Contrast that to the Windies. Simmons’ awful innings aside, it’s just batsmen who all either play out dot balls or want to hit boundaries.

What they need is someone like Chase to steady the innings, go at a run a ball, let the others take the risk around him and be sure that they post something on the board.

Having said that, clear thinking hasn’t been a hallmark of this West Indies side so far this tournament.