Bet India Sports The Road to Glory: The Top 5 Indian Cricketers of all Time

The Road to Glory: The Top 5 Indian Cricketers of all Time 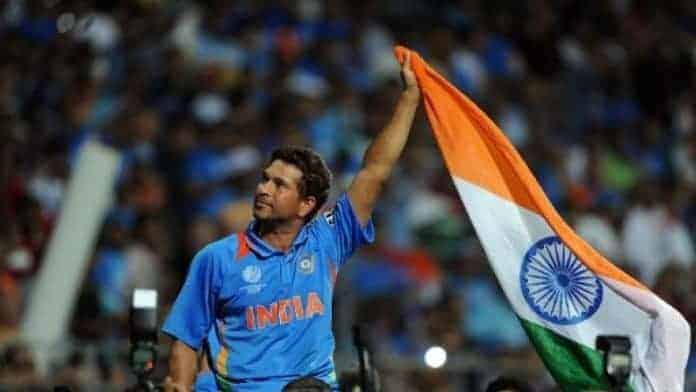 If you thought you had competition at your workplace, wait till you try playing professional cricket!

Cricket is a religion.

Due to the massive following of the sport – be it through watching, playing or even playing at cricket betting sites – there have been a million debates on which cricketers can be considered as the ‘greats’. Each and every person has a list of cricketers who they think are great. It ultimately is a matter of perspective and numbers.

Being such a popular sport in the country and the world, the number of people who wish to pursue the sport as a profession are MANY!

Now, we must point out that the cricketers we have included in this article are according to the comprehensive research we have done and since this is a highly subjective topic, no offence must be taken! The Haryana Hurricane is best known for leading the Indian cricket team to lift the World Cup for the first time in 1983. He was and still is among the most influential players to ever play the game.

With his unique style of fast bowling and maintaining a firm grip on his batting, Kapil Dev was an all-rounder, however, his strength was his bowling.

Since the out swing came naturally to him with his bowling style, he was able to do more harm to the opponent when his team needed him.

Kapil Dev retired in 1994 but not before crossing the great Sir Richard Hadlee’s record for the most Test wickets taken.

Without Kapil Dev, there would be no World Cup for India in 1983 and everyone who has ever watched or played the game considers him as one the great’s to have ever played the game. Popularly called ‘Little Master’ by the country and the team, Sunil Gavaskar made his Test debut in 1971 against West Indies and played his last Test match against Pakistan in 1987.

Being a slip fielder, Sunil Gavaskar had over 100 catches in Test matches.

In an ODI against Pakistan, Gavaskar had taken four catches to help his team win the match even though India had scored a mere 125.

Sunil Gavaskar had played a total of 125 tests for the country in which he had scored a total of 10,122 runs which comprised of 34 centuries and 45 half-centuries.

Even though there have been a number of controversies surrounding him during his time representing the team, as well as, during his captaincy, he still remains as one of the greats to ever play the game. Rahul Dravid was one of the most popular players in Indian cricket history.

Popularly known for his poise and calm on the field which led to his nickname, ‘The Wall’.

He was very much ‘the wall’ in Test cricket against some of the toughest bowlers the game has ever seen. He is the fourth-highest run-scorer in Test cricket history behind Sachin Tendulkar, Ricky Ponting, and Jacques Kallis.

Rahul Dravid has played a crucial role in many Tests and ODI series the team has played in its formative years.

The Test series against the all-conquering Australia, the fabled tour of India in England and much more can be credited to all cricketers in that Indian team, namely Rahul Dravid.

Currently, he is the Director of Cricket Operations at the National Cricket Academy in Bengaluru and keeps a close eye on the India-A team and the India U-19 team. The God of Offside and the Prince of Calcutta, Sourav Ganguly is regarded as one of the finest batsmen and all-rounders of India.

Not only so, but he is also regarded as the best captain India had after Kapil Dev.

‘Dada’, as he was affectionately called by the whole country, made his ODI debut in 1992 and Test debut in 1996. Sourav Ganguly is famously known for his batting and his antics when it came to taking revenge for the losses India had once faced.

The classic example would be the Natwest Series against England in 2002 after Yuvraj Singh and Mohammad Kaif won them the match. His straightforward attitude and classic style of the game won him many accolades over the years.

He also played county cricket for Lancashire, Glamorgan, and Northamptonshire.

In 2008, he made his IPL debut in 2002 with the Kolkata Knight Riders and retired from cricket in 2012 after two seasons with Pune Warriors India. Widely regarded as the ‘God’ of cricket, Sachin Tendulkar was one of the greatest cricketers to grace the game.

Sachin Tendulkar was the only batsman to score 2 centuries in a One-Day International game. He is also the highest run-scorer of all time in international cricket.

He also played a key role in the 2011 ICC Cricket World Cup. Thanks to his contributions, India lifted the trophy for the first time in 68 years. He was the leading run-scorer of the tournament only after Tillakaratne Dilshan from Sri Lanka.

Tendulkar had crossed Brian Lara’s record to become the batsman with the most number of Test runs against Australia. He is also the only cricket player to have a total of 100 international centuries in his career.

These are the 5 most notable cricketers in the history of Indian cricket according to us. They made the game and largely contributed to it to what it is today.

Looking to bet on cricket? Here’s where we recommend!