The Quetta Gladiators come into this tie off the back of a mauling at the hands of the Multan Sultans, while the Karachi Kings are winless this season – it’s fair to say confidence will not be soaring in either camp.

The fact this is such a crucial match for the Gladiators and a dead rubber for the Kings makes me think the former will come out on top here.

I am going with a comprehensive Gladiators win as part of my Quetta Gladiators vs Karachi Kings betting tips – but if you want more live cricket satta rates and bigger-priced tips – check out my full match preview below.

The match gets underway at 15:00 (IST) on Sunday 19th February at the Gaddafi Stadium in Lahore.

The Gladiators are the favourites coming into this tie, though not by much! I think they look a good bet at odds of 1.68 to get the job done here and keep their playoff hopes alive/

The Karachi Kings are the most disappointing outfit of this year’s competition, having lost every game they have participated in. I don’t see them having enough to win here as part of my cricket betting tips.

Their immediate recent form does not make for pretty reading – it’s rare a team loses by more than 100 runs, but the Gladiators suffered that unfortunate feat against the Sultans on Friday.

Their bowlers conceded an eye-watering 245 runs – with Sohail Tanvir, Ghulam Mudassar, and Noor Ahmad all taking particular tap from their four overs – going for 52 runs, 56 runs, and 52 runs respectively.

Indeed, the bowling unit has been an area where the Gladiators are really struggling this season – they have bowled first on seven occasions first this season and concede, on average, 192.71 runs per innings.

That being said, they have a top class upper order, with Will Smeed, Jason Roy, and Ahsan Ali. I think they will have too much in the tank for the Kings.

There is no doubt the Gladiators are missing their star all-rounder Mohammad Nawaz, who has been ruled out for the rest of the tournament with a foot injury. Ben Duckett is also a miss, having dropped out due to bubble fatigue.

Ahsan Ali endured an unsuccessful return to the line up from a thumb injury – scoring just one run and there are no other injury updates surrounding the squad.

The Englishman was one of the only batsman to show any fight in the response to the Multan blitz – he hit 38 runs from just 19 balls at a strike rate of 200 – including seven 4s and one 6.

He is an immensely exciting player to watch in full flow and I am looking forward to seeing him bat once more for the Gladiators.

I will have a punt on him to top score for the Gladiators at 10CRIC – you can back him at 3.3.

They have done it! The Karachi Kings have finally won a game of Twenty20 cricket in the PSL 21/22 campaign after beating the Qalandars on Friday!

Before Friday, things were bleak! Bottom of the table, scenes of bickering between the coach and captain, and are currently going into the record books as the worst team to ever complete a season of the PSL.

Despite their win on Friday, it’s been a miserable showing from the Kings this year and I am not confident in their chances here – I am sticking with the Gladiators as part of my Quetta Gladiators vs Karachi Kings betting predictions.

No new injuries to report on! Influential duo Mohammad Amir and Mohammad Ilyas continue to be absent for the tournament through injury and won’t make another appearance.

Spare a thought for the Pakistan and Kings skipper – despite a horror showing from his team, it has actually been a good tournament from a personal perspective.

He has hit 307 runs across nine innings thus far – averaging 38.37. He is the fifth-highest scoring batsman in the league, although his strike rate isn’t the best at 120.39 – probably because he has to ensure he is still there to support his teammates.

I will back him to top score for the Kings at 2.26 with Betway.

The streak of high-scoring games continues at the Gaddafi Stadium in Lahore – two of the last three matches there have seen innings of over 200 runs scored by Peshawar Zalmi (205) and the Multan Sultans (245).

The weather is set to be sunny and hot.

The Gladiators enjoy a significant head-to-head advantage over the Kings – winning eight of their 15 matches.

I am backing them to extend that record with a comfortable victory here. 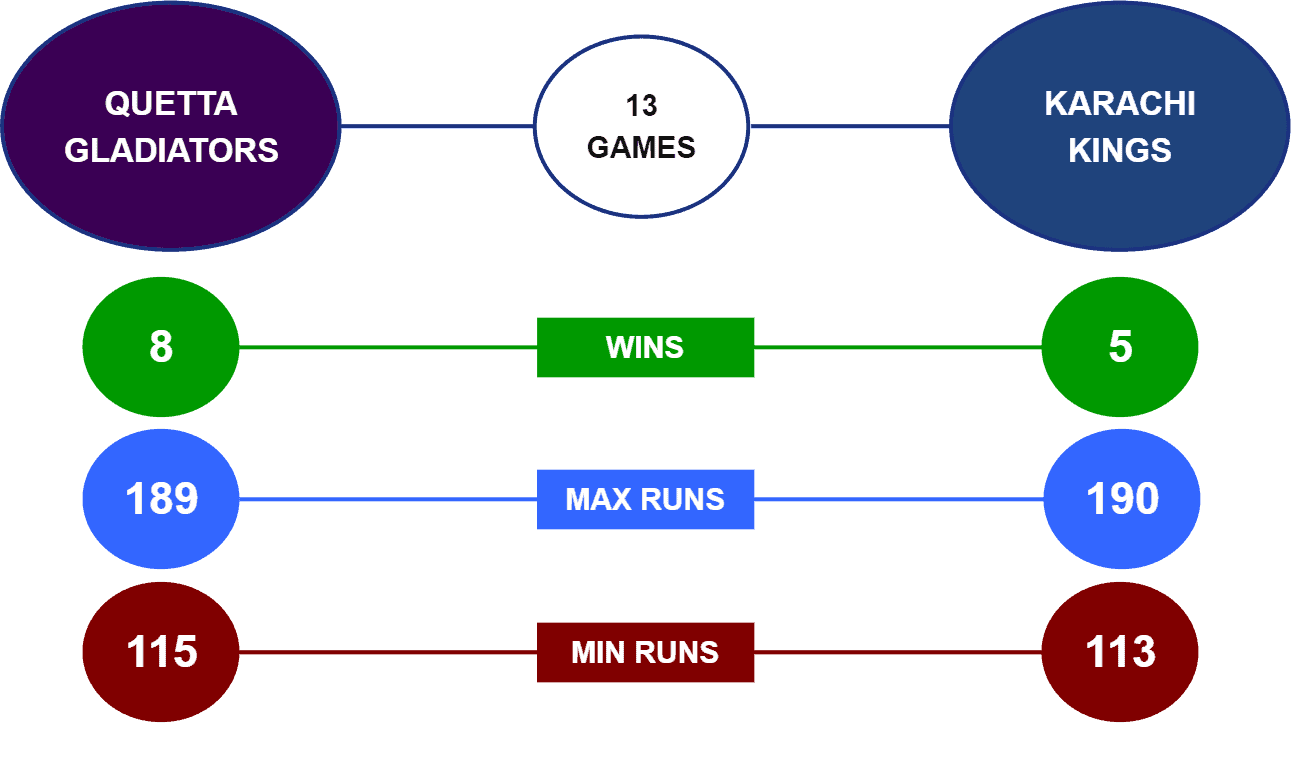 Bizarrely, the toss stats between the Gladiators and the Kings is a reversal of the head-to-head record, with the Kings winning eight of the 13 flips.

The Kings have won their last four PSL coin tosses in a row – and I am backing them to make it five.

Recommended Bet: Back Quetta Gladiators to win at 1.68 with Pure Win!

The Kings’ bowling unit stepped up against the Lahore Qalandars, but they haven’t shown enough for me to think there is value in backing them at the longer price.

I am sticking with the Gladiators, despite their mauling at the hands of the Multan Sultans. This is a must-win clash for them and I reckon they will get over the line.

I will be placing my bet with Pure Win – a leading online Indian betting site. They are usually top dogs in the pre-match winner market stakes – read our full Pure Win review here.