New Zealand vs So...

What a dominant performance by the Kiwis in the first test! They proved a lot of doubters (myself included) wrong with a polished and precise all-round display that saw them dispatch the Proteas by an innings and 276 runs!

There’s no getting around it – that was a tier one mauling! South Africa will need to find character by the spades to bounce back. I can’t see it after that performance, which is why I’m backing the Kiwis to seal the two-match test series with another win!

After checking out the online cricket satar bazar and other facts surrounding the 2nd test, I have come up with a number of good-value predictions.

Check out my full match preview below before the action starts at 03:30 (IST) at the Hagley Oval in Christchurch on Friday 25th February.

I couldn’t have been more wrong in my previous cricket prediction, backing South Africa at what I thought looked a value bet.

I have learned my lesson – this time I am sticking with the odds and predicting a New Zealand win!

Join us on Telegram!

The Kiwis were simply sensational last week.After dismissing South Africa for just 95 runs in the first innings, with Matt Henry reporting quite ridiculous figures of 7/23 from 15 overs, Henry Nocholls (105) and Tom Blundell (96) set about a misfiring bowling attack with surgical precision to set a score of 482.

Needing 387 to make New Zealand bat again, the Kiwi bowlers again went about their task in a destructive manner – dismissing South Africa for 111 to win by an innings 276 runs and record their first victory over the Proteas in 18 years!

It won’t be as dominant, but I’m expecting another convincing win for New Zealand.

Trent Boult will miss the second test, despite being back in training following the birth of his child. He was unavailable for the first test.

There is no place for a specialised spinner once again for the second test – all-rounder Rachin Ravindra is the only spin option available.

A spectacular performance from the seamer in the first match makes him an easy pick as one to watch here.

He collected nine wickets across the two innings in total and scored a quickfire 58 runs from 68 balls to boot. When you talk about career-making games, Matt Henry may look back on this one as a red-letter day!

The conditions look largely similar for Friday’s match – I’m going to pick him to be the top New Zealand bowler in the first innings. You can back him at 3.75 with Betway – a nice return for someone who is clearly in fettle form!

Before the rushing defeat to New Zealand, one could argue they were one of the in-form test teams in the world.

They came into this series having beaten India 2-1 in a three-match series at the turn of the year and were flying.

It feels like all that good work is now undone – it was an immeasurably shambolic defeat to the Kiwis and confidence will be on the floor.

I still stand by my previous assessment that a team of South Africa’s quality was overpriced in the previous game, and at 4.0 with Purewin coming into this fixture, I maintain that position. The difference being you won’t find me backing them this time!

There are no injuries from the side that were demolished against the Kiwis, though it remains to be seen if management deem it necessary to make changes.

It’s worth keeping an eye on Bavuma, who top-scored for his side with 41 in the first test. He has gone 41 tests without hitting a century – far too many games for a player of his quality.

Diminutive and technically sound, he showed glimpses of his best form in the first match – but he needs to push past the triple digit number in an innings before we can say he’s back to the Bavuma of old.

I can’t see him bagging a century, but there is some value in him scoring 50+ runs – you can back him at 4.0 to score a half century in the first innings with Betway.

The victory over South Africa means New Zealand have won seven of their last eight test matches at the Hagley Oval, which is fast becoming a fortress.

I can see them making it eight from nine!

The victory was the just fifth New Zealand have managed over South Africa in 46 attempts – they have some way to go to drag it back to an even keel.

Nevertheless, I see them winning the series 2-0 here to start what they hope will be an inch closer to parity over the longer term.

Read below for the full New Zealand vs South Africa stats: 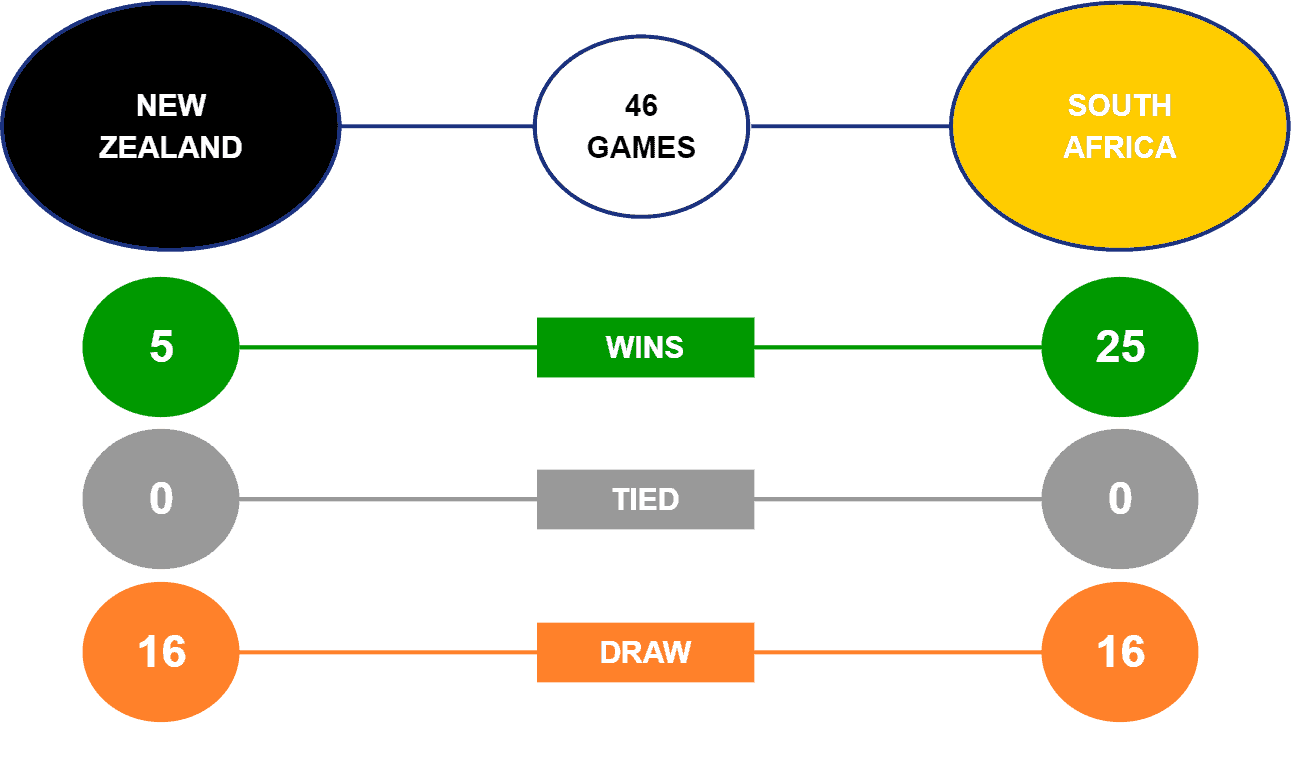 New Zealand won the toss in the first test, which means they draw level in the toss statistics at 23 apiece!

I reckon the Kiwis will win once more and edge ahead of South Africa!

Recommended Bet: Back New Zealand to win @ 1.5 with Pure Win

Time to hold my hands up – I was wrong about South Africa coming into the first match. They looked underprepared and undercooked, making it far too easy for New Zealand.

I won’t make the same mistake – I am backing New Zealand to make it two from two. They can be a maddeningly inconsistent side, but when they put it all together, they are a phenomenal team to watch!

I will be taking my match-winner bet with Pure Win – they are my go-to site when it comes to cricket betting, particularly in the pre-match markets. Read our full review of Pure Win here.

Recommended Bet: Back NZ Opening Partnership Score 50+ Runs In The First Innings At 4.0

I love my cricket specials, and Betway always come up with some phenomenal pre-built punts – ranging from shorter odds to longer prices.

I’ve picked a bet on the NZ opening partnership – they both failed to register scores in the first innings, but 4.0 is a juicy price and the conditions look set for them to make hay – with fine weather predicted throughout.

You can read our review of Betway here to find more of the types of cricket bets they offer.