You’re not going to get any hot takes on the outsiders winning here – I am picking the Multan Sultans to win.

Here’s the issue – you’re not going to get great odds! If you want to look for bigger returns on your bet, keep reading my full match preview below. I have been looking at the live cricket satta rates to dig up some value bets!

The game gets underway at 15:00 (IST) on Friday 18th February at the Gaddafi Stadium in Lahore.

So how short are the Sultans? Currently, you can get odds of 1.53 with Pure Win – and that’s one of the best pre-match winner prices in the industry.

I wouldn’t blame you for not touching the bet at those short odds – nothing is certain, especially in cricket! But I’m comfortable enough to make it my main cricket betting punt.

In the eight games they have played this season, the Sultans have lost just once and that was against the Lahore Qalandars back on 11th February.

They were always in control in their seven-wicket victory over the struggling Karachi Kings on Wednesday and find themselves one win away from sealing top spot.

This season they are in amazing shape – but keeping the momentum high is important in cricket and they will want to beat the Gladiators here.

The management team can enjoy a clean report from the physio room – there no new injuries to report for the Multan Sultans.

There were bigger and better innings than the 14 runs Rossouw made in the Sultans’ victory over the Karachi Kings, but it was a blitzing effort brimming with character

He hit 14 runs from just five balls – registering the win with a six over deep midwicket. To celebrate, he did the famous arms-crossed celebration made famous by Kylian Mbappe – he later apologised for any disrespect to the Multan Sultans.

He is an exciting attacking talent and I hope we will see more of that sort of swashbuckling attitude here. I’m backing him as an outsider to top score for the Multan Sultans at 4.75 with Betway.

The Gladiators’ position in the table is much more precarious than their opposition – they sit gift, two points behind fourth and must win to keep the pressure on those above them .

They are attempting to avoid their third straight defeat after consecutive losses to Peshawar Zalmi and the Lahore Qalandars, losing both by wide margins.

A win here would do wonders for their confidence – not that a top order of Jaon Roy, Will Smeed, and James Vince are lacking in any! Arguably, the Gladiators have the most gifted top three in the whole of the Pakistan Super League.

However, I cannot see them having enough to best the defending champions, which is why I am sticking with the Sultans as part of my Multan Sultans vs Quetta Gladiators betting tips.

Ben Duckett is no longer a part of the Quetta Gladiators’ PSL season, withdrawing due to bubble fatigue

However, there was some better news for franchise management on the news that Ahsan Ali has recovered from a thumb injury and will return to action.

Player to Watch: Will Smeed

It was an astonishing debut by Will Smeed back at the end of January against Peshawar Zalmi – hitting 97 and falling just short of a ton.

On his last outing against the same opposition, he bettered that effort but still couldn’t get to the triple figure mark – hitting 99 from just 60 balls in the Gladiators’ defeat.

He is in some fantastic form and I’m going to back him to score more than 21.5 runs with Betway at odds of 1.83.

Predictably, the weather at the Gadaffi Stadium in Lahore will be hot and humid with little-to-no wind.

You cannot put a piece of paper between these two since the PSL began – both teams have won four games.

However, the Multan Sultans are enjoying a purple patch against the Gladiators and are looking for their third consecutive win! 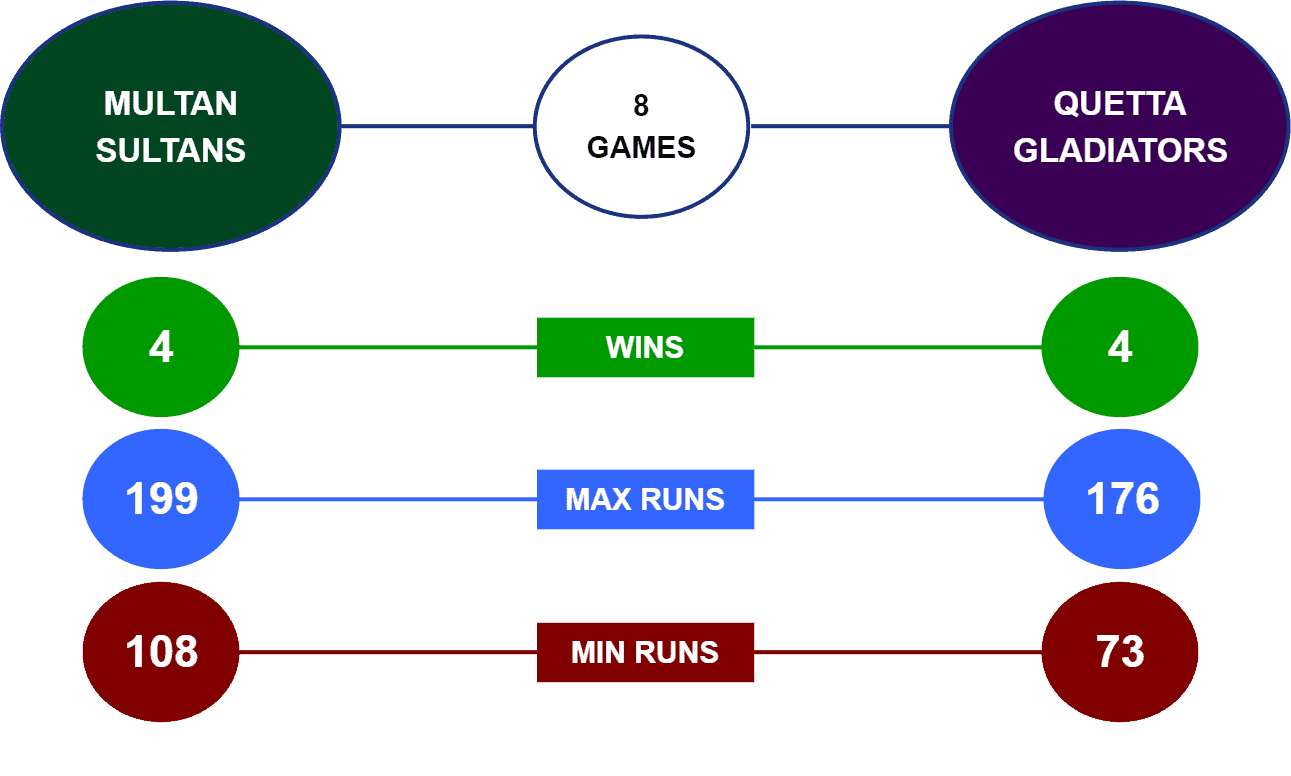 Though it is impossible to separate the Sultans and the Gladiators in the head-tp-head stakes, the latter do have a slim historical advantage at the toss – winning five of the eight calls!

I’m going with the Sultans to get the call correct here!

Recommended Bet: Back Multan Sultans to win at 1.53 with Pure Win!

Yes, it’s a skinny price, but I am confident enough to make a decently-sized wager on the Sultans to win.

They have been in sensational form this season and are starting to look the part as defending champions.