We’re at Warner Park for this CPL betting opportunity played on 14 September, with a start time of 7:30 pm IST.  If you like online cricket betting websites available in India, read on because we have the best Trinbago Knight Riders v Saint Lucia Kings betting tips coming up next.

Let’s have a look at today’s cricket match prediction tips, shall we? I’m going with favourites the Knight Riders here and there are some pretty good reasons for that. Which I have listed below just in case you were so curious as to know exactly why I think this could be pretty easy for them.

I also believe that it may be their skipper making all the difference with the bat. Make sure you check out our full CPL Playoffs betting guide to get a full understanding of how to bet and, more importantly, who to bet on!

As discussed in our CPL Playoffs preview, Trinbago got better and better as the tournament progressed. As evidenced by the fact that they won four of their last five. Kieron Pollard’s men have put in a real team effort, key to any successful T20 side.

Five players passed 150 runs for the tournament- Simmons, Pollard, Nine, Seifert and Munro- while Munro (239) and Pollard (235) both passed 200. Curiously, only Pollard ever passed 50 and he managed to do so twice.

With the ball, it was a similar story with eight different players taking wickets.  Of those, Ravi Rampaul took 18, AJ Hosein got 12, while Sunil Narine and Isuru Udana took 11. What Narine and Hosein did brilliantly other than take wickets was to keep the runs down.

They both went at less than 5 an over during the Group Stages and this wasn’t from a small sample, either. They bowled 36 and 38 overs respectively. Narine is giving himself a really good chance of making the Windies squad for the T20 World Cup on the back of his performances.

That is, if he decides he fancies it. You never know with him. They’ve now decided that it’s veteran Dinesh Ramdin who deserves a place as an opener. It’s a bit odd given he’s rarely batted there in his long career.

But with all the batting they have to come, it probably won’t make much of a difference.

An inconsistent season where they were hot one minute and cold the next. It was a somewhat controversial move to appoint Faf Du Plessis, a man who had never played a single CPL match before this season, as captain.

But after a shaky start with the captaincy and bat, he got there in the end. Getting to the semis would have been the bare minimum in terms of the King’s objectives and at least he’s managed to get them that far.

With the bat, he was pretty inconsistent but then again, he scored a century and an 84. On both occasions, his contributions were match-winning ones so he came good when it mattered and without those, the Kings wouldn’t have made the semi-finals.

But their main man is Roston Chase, who has put in a superb all-round performance in just about every match. They’ll need plenty from him here. Raheem Cornwall played last time out but with Du Plessis coming back after being rested, he’s likely to have to make way.

The Warner Park conundrum goes on.  Three matches were played there on Sunday which led to first-innings scores of 190, 142 and 147.  Interestingly, that 190 was by the Kings. Even more interestingly, it was chased by Barbados, the worst team in the tournament

Two of yesterday’s matches were won by the chasing side.

The conclusion? No, I don’t know either. Other than to say that it’s the quality of the players that will allow their teams to prevail, rather than how the wicket will play.

What beatings TKR have given the Kings over the years. It’s seriously one-sided stuff with Trinbago 14-3 up. So you’d forgive the Kings for feeling winning this would be a minor miracle rather than just a slight upset. 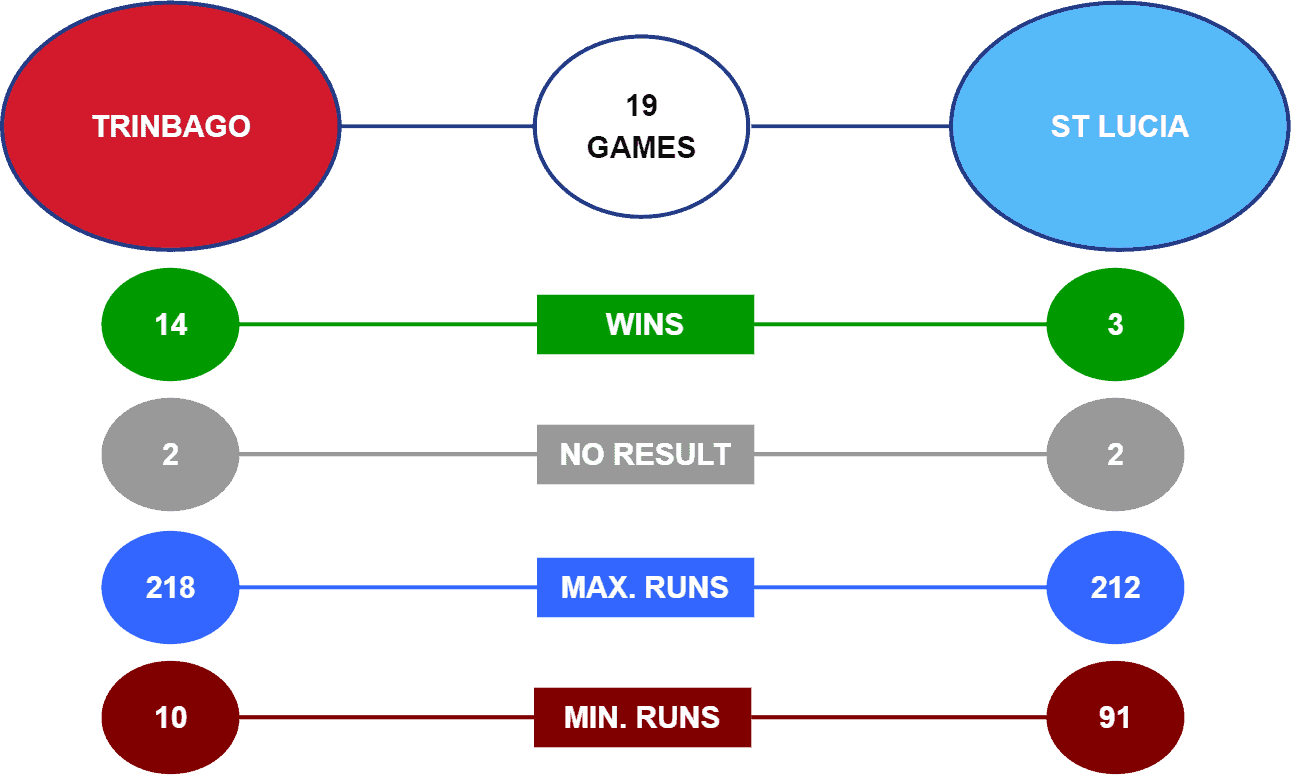 Another area where it’s been all Trinbago over the years. The Kings just can’t catch a break in this fixture and my money is on TKR winning the toss once again.

Recommended Bet: Back the Trinbago Knight Riders @ 1.65 with Pure Win

Not hard to argue the case for Trinbago. They:

There are only two areas where the Kings are competitive. They have the CPL’s top batsman in Roston Chase and they did beat TKR once this season, with Trinbago winning the other one.

But those are the only two areas and taht’s where it’s as good as it gets for the Kings. I’d be very surprised if the Knight Riders don’t win this. By the way, why not check out the Pure Win review – this casino and betting site has the best winner odds on cricket!

We’ve mentioned Kieron Pollard plenty. What we haven’t yet mentioned is that he’s 8.20 to be TKR top batsman, an outstanding price. As I discuss in my T20 batsman betting guide, it’s not often worth backing middle-order batsmen.

However, Pollard is no ordinary middle-order batsman, he’s arguably the best in the world in that role in T20. And whereas I wouldn’t advise a bet on a number 5-6 at say 5.0, I would at 8.2.

There’s another factor at play here. Pollard has been happy to come in at 4 or 5, rather than 5 or 6, when he felt the team needed the most experienced hand around. That could make a big difference.

By the way, he’s already top-scored three times in 10 matches this season. So there’s a side argument to suggest that it almost doesn’t matter where he bats.