Barbados Royals will look to bounce back when they take on the defending champions Trinbago Knight Riders in the Caribbean Premier League on Thursday, September 9.

The match is scheduled to start at 10:00 am local time (7:30 pm IST) at the Warner Park Sporting Complex, Basseterre.

Find all the best Barbados Royals vs Trinbago Knight Riders betting tips in our full match prediction below, including the best value online cricket satta bazar from top sites!

Today’s free cricket betting tips kick off by taking a look at each side’s recent form!

Barbados Royals picked up their second win of the season on Tuesday evening against Guyana Amazon Warriors to stay alive in the tournament.

Meanwhile, Trinbago Knight Riders continue their imperious march to yet another playoffs with a two-match winning streak.

I’m going to back the Knight Riders to continue their winning run in this match.

If you need cricket news every waking moment of the day, sign up to Bet India’s Telegram Channel here!

Barbados Royals sit at the bottom of the table with four points from two wins in the seven played so far. However, they are mathematically still in the race to reach the playoffs, provided they bag a few more wins in their remaining three matches.

While it is a tall order to deliver, the momentum is on their side.

Earlier this week, they defeated Guyana Amazon Warriors by 45 runs against all odds. Batting first, they put up a target of 185 runs – their best first-innings score yet this season. Kyle Mayers, Johnson Charles, and Glenn Phillips stitched 120 runs between them to post a respectable total.

They were just as impressive with the ball as all six of their bowlers got at least one wicket each. The most successful one was Nyeem Young with three, followed by Jake Lintott and Raymon Reifer with two each.

With the day of rest, the question remains if the Royals can continue to build on this success, especially against a team that is pretty much firing on all cylinders.

There are no new injury concerns for the Trinbago Knight Riders to contemplate ahead of the crucial game against the Royals – though they will need their star performers to keep up the tempo.

With back to back wins against Jamaica Tallawahs, the Riders are sailing high on confidence to deliver a similar performance against the Royals too.

In their most recent fixture against the Tallawahs, it was the Trinbago Knight Riders who batted first and ended up winning by an astound 75 runs. With the bat, it was Lendl Simmons who continued to impress with his 42 off 39 while with the ball, Ali Khan enjoyed a wonderful spell of 4-6 in three overs.

With the likes of Sunil Narine, Ravi Rampaul, Darren Bravi, and Kieron Pollard also on the roster, it is fair to say that their team is considerably stronger than their Barbados counterparts.

Warner Park Sporting Complex has certainly lived up to the expectations of delivering a competitive tournament with lots to offer for batsmen and bowlers.

By the looks of it, things have come down to the members of each team and how they perform under the conditions.

But looking at the weather, conditions are expected to remain dry throughout the day although, the temperature may rise up in the afternoon seeing that it is a day fixture.

In the 18 matches these two have played since the inception of the CPL, the Knight Riders have emerged as the victors 11 times -including the win from their first meeting this season.

The Trinbago Knight Riders won that match by six wickets, bowling out the Royals for 122 runs. 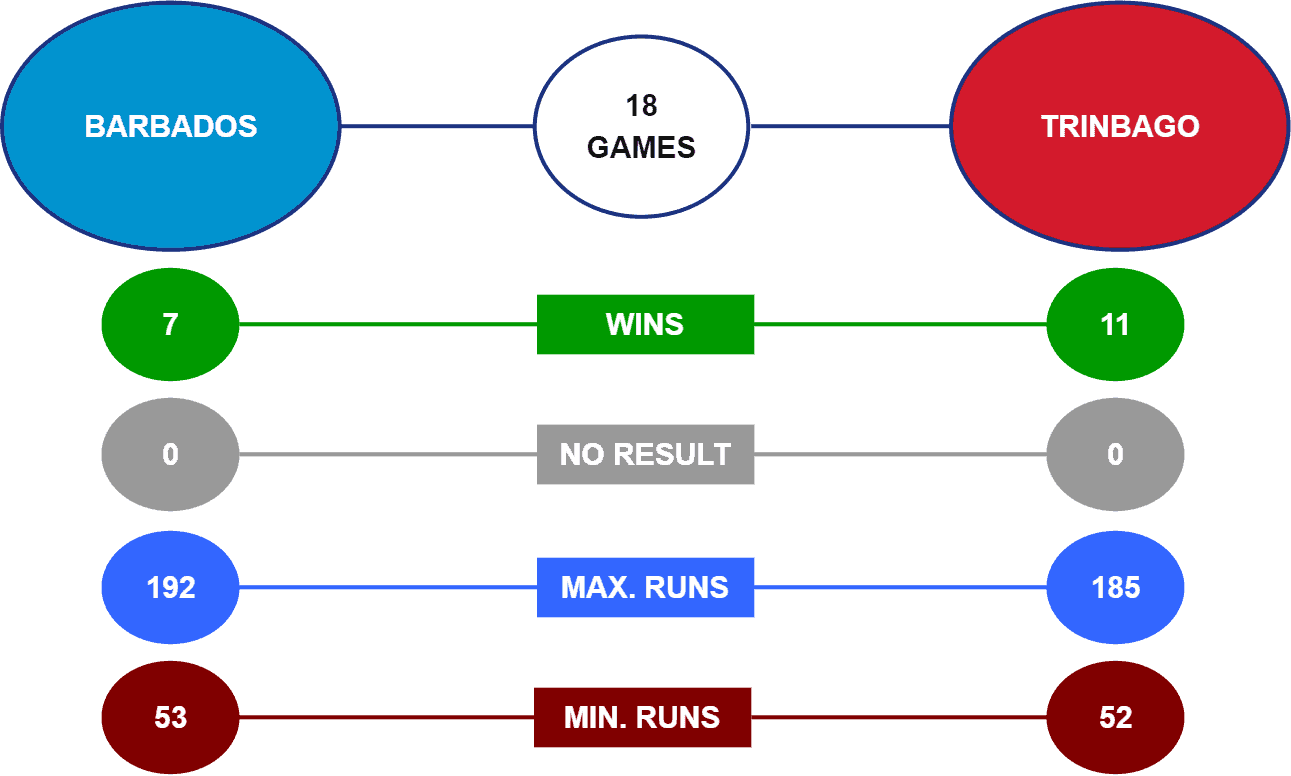 Barbados Royals won the toss the other day but they still lag behind significantly – they have won the toss just 33.3% of the time!

But seeing that they have had better luck in the toss department overall this season, I’m going to back them to win the toss in this match.

Recommended Bet: Back The Knight Riders @ 1.66 with Pure Win

Given the superior player quality of Trinbago Knight Riders and the presence of several T20 specialists – Bravo, Pollard, Narine, and Simmons, anything but a win would be an unacceptable result – especially against a team that is struggling like the Barbados Royals.

Moreover, they are the four-time Caribbean Premier League champions and in a bid to win their fifth title, the boys will do it all to dismantle their opponents.

That said, the Royals pulled a rabbit out of the hat when they shocked the Guyana Amazon Warriors. With some confidence and heart, they can do the same to the mighty Knight Riders too – it’s just the chances of that happening are a bit slim.

For now, let’s back the Knight Riders to win again.

Recommended Bet: Back Kieron Pollard to be Knight Riders Top Batsman @ 4.30 with 10CRIC

The fact that there is not a lot of price difference between Kieron Pollard and Lendl Simmons for the team’s top batsman bet should tell us all there is to know.

Both players have enjoyed a rather spectacular season so far with Simmons batting in a fine form (42 and 70 in the last two matches). But for me, Pollard makes for a better bet for the simple reason (or assumption) that Simmons may not have that great of a day with the bat.

Pollard comes down early and has enough time to strike quick runs, especially given his strike rate this season has been 144.44.