The IPL betting action is heating up in the race for the playoffs as three-time runner-up Royal Challengers Bangalore face defending champions Mumbai Indians. The action gets underway at 7:30 pm IST on 26th September at the Dubai International Stadium.

When analysing today’s free cricket betting tips, it’s important to consider how each team has looked since the IPL restarted, rather than treat it as the same tournament as before the competition was suspended due to Covid-19.

With that in mind, I’m going with a Mumbai Indians win. It’ll be a topsy turvy affair and the  Royal Challengers Bangalore vs Mumbai Indians win probability will no doubt swing in-play, but the Indians have enough in the tank to win.

According to reports, all was not well with the Royal Challengers Bangalore dressing room after their recent heavy defeat to the Chennai Super Kings. Skipper Virat Khoil is said to have held back his side after the game to hammer them verbally, and gave them a public dressing down too – telling reporters he was “very disappointed”.!

The annoyance on behalf of Kholi is perhaps understandable – RCB collapsed from 111/0 from 13 overs to post just 156 for 6 from their 20 overs. The bowlers were inconsistent with their lines in defence of that total – the Super Kings strolled to a six wicket victory with 11 balls to go.

The result means the RCB have lost their first two games in phase two of the Indian Premier League – they will need to arrest this slump in form to stand a chance at making the playoffs.

It hasn’t been all sunshine and roses for the Mumbai Indians either – the most successful team in Indian Premier League history has also lost their first two games in the IPL phase two.

They were comprehensively outplayed against the Super Kings and the Kolkata Knight Riders – losing by 20 runs and seven wickets respectively.

However, Saurabh Tiwary hit a promising 50 against the Super Kings and usual suspects Trent Boult, Adam Milne, and Jasprit Bumrah were on target with two wickets apiece to suggest there were some promising signs.

Both these teams have underperformed this season, but particularly the Mumbai Indians, who we predicted could be in with a shout as IPL 2021 winners. See why we thought the Indians would win the IPL outright by clicking here.

The three games at the Dubai International Stadium since the restart have been cagey affairs, with only one game seeing more than 180 runs posted in an innings.

The conditions should continue to offer up a fair contest between bat and ball – and there will be no prizes for guessing the overhead elements in Dubai.

The Indians dominate the head-to-head record between these two – the defending champions have won 17 of their 28 contests.

I think they will extend that advantage over RCB with another victory here – it’s my premium suggestion out of all my Royal Challengers Bangalore vs Mumbai Indians betting tips. 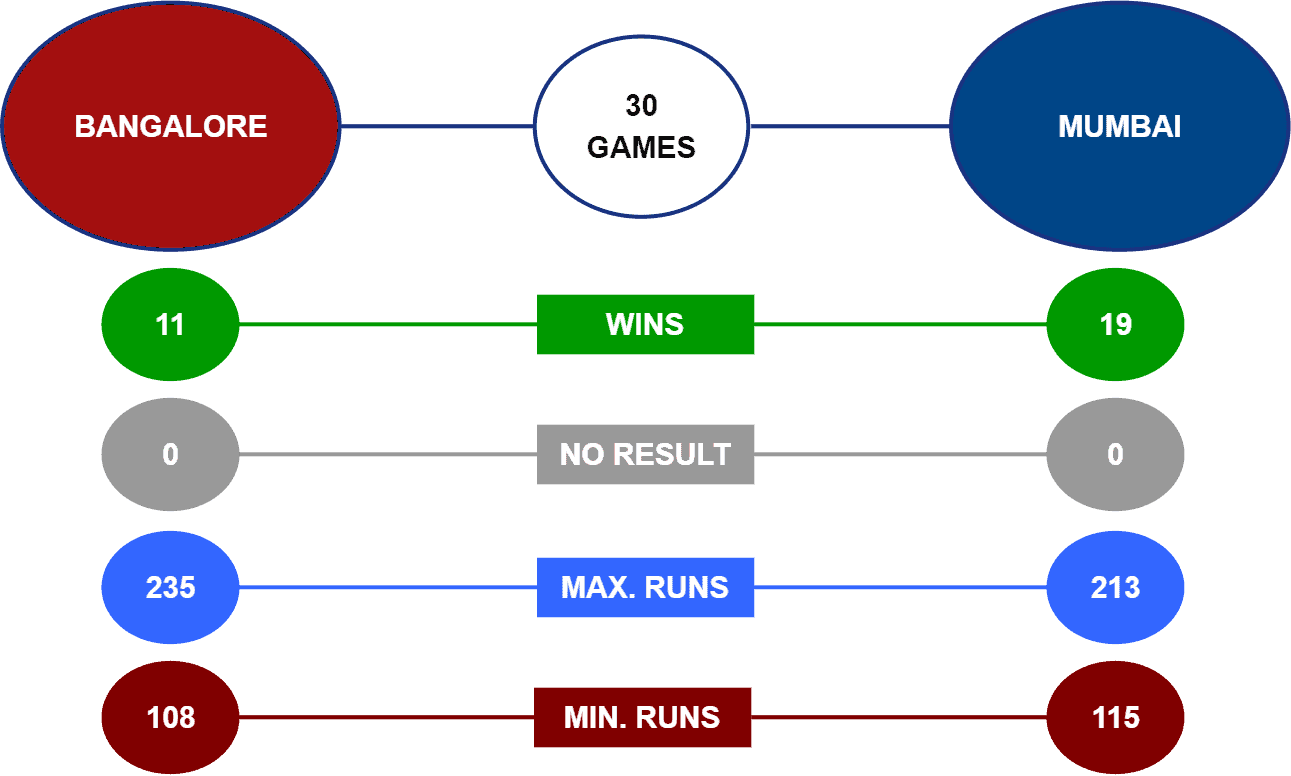 Given the apparent advantage to batting last at the Dubai Cricket Ground, the toss will be a crucial factor in determining who will come out on top.

The Indians are on top in this match-up too – winning 18 of the 28 coin flips at a win percentage of 64.29%. I’m backing them to continue that correct-call dominance over the RCB.

Recommended Bet: Back The Indians @ 1.72 with Betway

The Indians are heavy favourites, and it’s not a surprise given their prestige in this competition and the apparent form issues befalling the star-studded RCB line-up.

There is always the danger that Glenn Maxwell and AB de Villiers spring into life for RCB – it’s one of the most explosive middle orders in world cricket on paper, but both have struggled to spark so far this season.

The Indians are hardly inspiring too much confidence with their performances since the restart, but the strength of their bowling attack is what will see them through!

I’m having my match-winner punt with Betway – they have a superb range of pre-match and in-play odds on all Indian betting opportunities.

You can read more in our full Betway review.