Royal Challengers Bangalore are one of cricket’s biggest enigmas.

How is it possible that a side featuring (and captained by) Virat Kohli, who over the IPL seasons has had some of T20’s best exponents in it…can fail so miserably year after year?

We’ll work that out in due course, as well as predict whether, in terms of online betting, things could be any different this year, or if it will be an all-too-familiar story for one of the IPL’s glitziest but also most disappointing franchises.

Where to bet on Royal Challengers Bangalore

Before you start your cricket betting on this year’s IPL, you’re going to need a good place to wager.

Sign up with any one of these sites now for some of the best odds.

Odds for Royal Challengers Bangalore to win the IPL

If you’re looking for some IPL betting online, we recommend the RCB to win at 7.5.

This puts them joint-fourth favourites, alongside Delhi Capitals and Kolkata Knight Riders and behind the trio of Chennai, Mumbai and Hyderabad.

It’s almost come to the point that it doesn’t matter what odds RCB are to win the IPL because cricket punters have had their fingers burnt so many times with them over the years.

They can certainly be forgiven for losing faith.

Given this, you’re better to off wagering on RCB to come rock bottom instead.

But if you want to persist with Kohli’s men anyway, the Bangalore best odds can be found at 10CRIC and Betway.

What trump cards do they hold and in which areas are they likely to struggle?

Has Royal Challengers Bangalore won the IPL before?

No, and that’s the whole point.

Most seasons they have as good a batting line-up as anyone else but they’ve always lacked the necessary balance in the side and come short when it comes to their bowlers performing.

They have however finished as runners-up on two occasions.

In the second edition of the IPL in 2009, they finished third in the Group Stages. They got the better of Chennai in the semi, thanks to a well-timed 48 off 35 from a (then) very young Manish Pandey, which allowed them to chase 147 pretty comfortably.

In the final, Anil Kumble bowled out of his skin with figures of 4/16 to restrict Deccan Chargers to a somewhat low total of 143.

However, that proved too many runs anyway, Bangalore falling six short.

Kumble was man-of-the-match despite being on the losing side.

In 2016 they finished second in the Group Stages, beat the Gujarat Lions comfortably in the semi.

Despite valiant efforts from Chris Gayle and Kohli, they couldn’t quite chase down Hyderabad’s 208 in the final.

It was yet another example of the bowlers letting the side down by conceding such a huge total.

They won five out of 13 completed matches and ended on the same 11 points as Rajasthan, albeit with a worse net run rate.

That included losing each and every one of their first six matches meaning they were pretty much out of the running before the halfway mark.

It was the usual two getting the runs with Kohli and de Villiers both breaking the 400-run mark for the season but with the exception of Parthiv Patel, no-one else really got going with the bat.

With the ball, Yuzvendra Chahal was their top wicket-taker with 18 but like everyone else, was expensive.

For the umpteenth time in RCB’s history, the bowlers’ poor performances gave the batsmen too much to do.

Virat Kohli, as a player, is one of the finest T20 batsmen the game has known.

He has all the shots, all the fitness and concentration levels and the gut feel for how to pace an innings, especially when chasing. 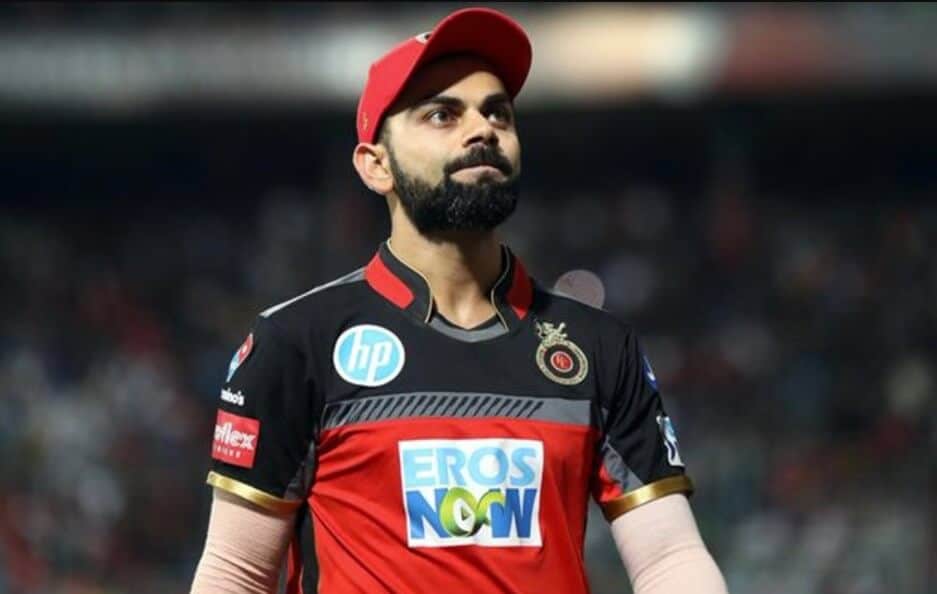 Kohli, the captain, however, can consider himself incredibly lucky to still be in a job.

The buck stops with him in terms of results.

The team selection, bowling changes and other decisions are as much his as anyone else’s and far too often, he’s got them wrong.

They missed out on a good opportunity to relieve him of the captaincy, give someone else a go and just let him bat.

He may be in the twilight of his career but AB de Villiers has lost none of his powers when it comes to playing every shot in the book to every part of the ground.

The dilemma of where to bat him continues but it’s either likely to be three if Kohli opens, or four if Kohli doesn’t open.

He doesn’t play much cricket these days so it will be interesting to see if he comes back refreshed and raring to go, or a tad rusty.

Much has been expected of (now) 20-year old Washington Sundar ever since he made his T20 debut for India at 18.

The youngest-ever player to do so.

But the all-rounder hasn’t quite kicked on as hoped and last season he was dropped by RCB at one stage.

But he certainly has the ability with both bat and ball and a strong RCB performance this year could depend a bit on how he gets on.

He has enough cricket under his belt now so inexperience can’t be an excuse if he fails to perform again.

If Kohli wasn’t Kohli he would have been sacked as Bangalore captain years ago but it’s not the done thing to do that to the India skipper.

Instead, they persist with him for one more season and it’s hard to see why things should be any different his time round.

They can chase pretty well but when the toss goes against them they have a bad habit of not knowing whether to stick or twist in terms of a posting a total and an even worse habit of not being able to defend whatever total they set.

Assuming they play all of Finch, Kohli and de Villiers, that helps make up a formidable Top 4 but it’s afterwards that the problems lie.

They will however probably have to be made to wait a while before Finch, Philippe, Richardson and Ali are available to play, with all four taking part in the T20 and ODI Series between England and Australia.

The ODI Series ends two days before the start of the IPL but they’ll have to all go into quarantine for at least a few days on reaching the UAE.

No middle-order to make amends for a poor start and except for Chahal (and possibly Kane Richardson), they don’t have the bowlers to win them matches.

Dodge them on the winner market and make your best RCB betting prediction that they will finish rock bottom at around 6.0.

Are the Royal Challengers Bangalore a good bet to win IPL 2020?

No. Despite having Virat Kohli and AB de Villiers in their side, they have disappointed time and time again, often at short prices. Their team lacks world-class bowlers, their fielding isn’t great and Kohli’s captaincy has been questionable in the IPL. They offer no value at odds of around 7.5.

Which RCB batsmen is worth betting on for the Orange Cap?

Virat Kohli and Aaron Finch could be decent wagers to be this year’s Indian Premier League top batsman. With Finch guaranteed to open and Kohli either batting at three or four, it could be Finch giving you the better run for your money because he’ll face more balls. The Australian T20 captain can be devastating on his day and has lots of IPL experience.

What are the odds on Bangalore's finishing rock bottom?

They’re available at 6.0 to be bottom of the pile, which would be a repeat of what happened last season and in 2017, as well. Their poor record in the competition would suggest that might not be a bad bet though Rajasthan and King’s XI aren’t looking great, either.

Who is Royal Challengers Bangalore’s captain?

India’s Test, ODI and T20 skipper Virat Kohli is also captain of Royal Challengers Bangalore. He first took charge of the side when regular skipper Daniel Vettori was injured in the 2011 season and has kept the job ever since. He led them to the final in 2016 but that’s as good as it got.

Who is the Royal Challengers’ oldest player?

They bought 36-year old Dale Steyn in this year’s auction for what will be his second spell at the franchise. Now retired from Test cricket, they’ll be hoping the veteran South African still has one quality season left in him if they’re to address their shortcomings with the ball of previous seasons. He’s the oldest player on their roster.