The Sunrisers Hyderabad are always there or thereabouts at the head of the online betting markets.

The same goes for their performances over the years.

They’ve been the epitome of consistency over the past few seasons and look well-equipped for this season’s edition where they’ll be eyeing up a second IPL crown.

Their squad boasts some of T20’s true game-changers and with David Warner back as skipper, the intensity and effort levels are bound to be sky-high.

Where to bet on Sunrisers Hyderabad

The best cricket betting odds for SRH can be found at these 5 betting sites. We highly recommend them for all Indian punters wagering on the IPL this year.

You can sign up with any of these sites right here – what’s more, you can claim an awesome welcome bonus too!

Odds for Sunrisers Hyderabad to win the IPL

If you’re interested in the best IPL betting tips we have the Sunrisers Hyderabad as the 5.5 joint-favourites alongside the Mumbai Indians.

At first glance, it looks a little short on a side who has only been in existence since 2013.

But we believe it’s the right price after all.

Since 2016 they’ve made the Play-Offs every year, won it once and ended up as runners-up on another occasion, so their track record is excellent over the past few seasons.

Add an extremely well-balanced squad to the equation that includes one of the finest T20 batsmen in the game in Warner and arguably the best T20 spinner in Rashid Khan.

See why the bookmakers are showing them so much respect now?

SRH best odds are available at 10CRIC and Betway.

The hard bit is only choosing three strengths here!

And do they really have any weaknesses at all? Let’s find out.

Have Sunrisers Hyderabad won the IPL before?

They won it in 2016 after finishing third in the Group Stages.

Yeah, that means they had to do it the hard way.

They set Kolkata 162 in the Eliminator which proved to be more than enough, winning by 22 runs.  They followed that up with a hard-fought win against Gujarat Lions in the Qualifier 2. Thanks to a well-judged chase of 163 that owed a lot to an excellent 93 not out from the bat of Warner.

In the final, their hero came from a somewhat unlikely source, against Bangalore.

Ben Cutting, who tends to do really well in the Big Bash but has somewhat struggled in the IPL over the years, hit a crucial 39 off 15 batting first and then followed that up by taking two for 35 with the ball, in a man-of-the-match performance.

Warner scored a barely believable 848 runs during the tournament and Bhuvi Kumar and Mustafizur Rahman played their part as well with the ball, Kumar taking 23 wickets and the Bangladeshi claiming 17.

They crept into the Play-Offs in fourth place, only just pipping Kolkata and the Kings XI to the last qualifying slot on net run rate.

They then lost to Delhi in the Eliminator in an extremely tight game that saw the Capitals chase their 163 with just a ball to spare when eight wickets down.

Five different Hyderabad players got to 20 but none of them was able to kick on.

An explanation behind their defeat in that match is that Warner was unavailable as he prepared for the 2019  World Cup.

He’d been their star man with 692 runs, enough to make him the IPL’s top batsman for the season and they badly missed him when it mattered most.

David Warner is back in charge of the Orange Army.

This follows him being dropped from the captaincy on the back of his ban the previous year, resulting from Sandpapergate. 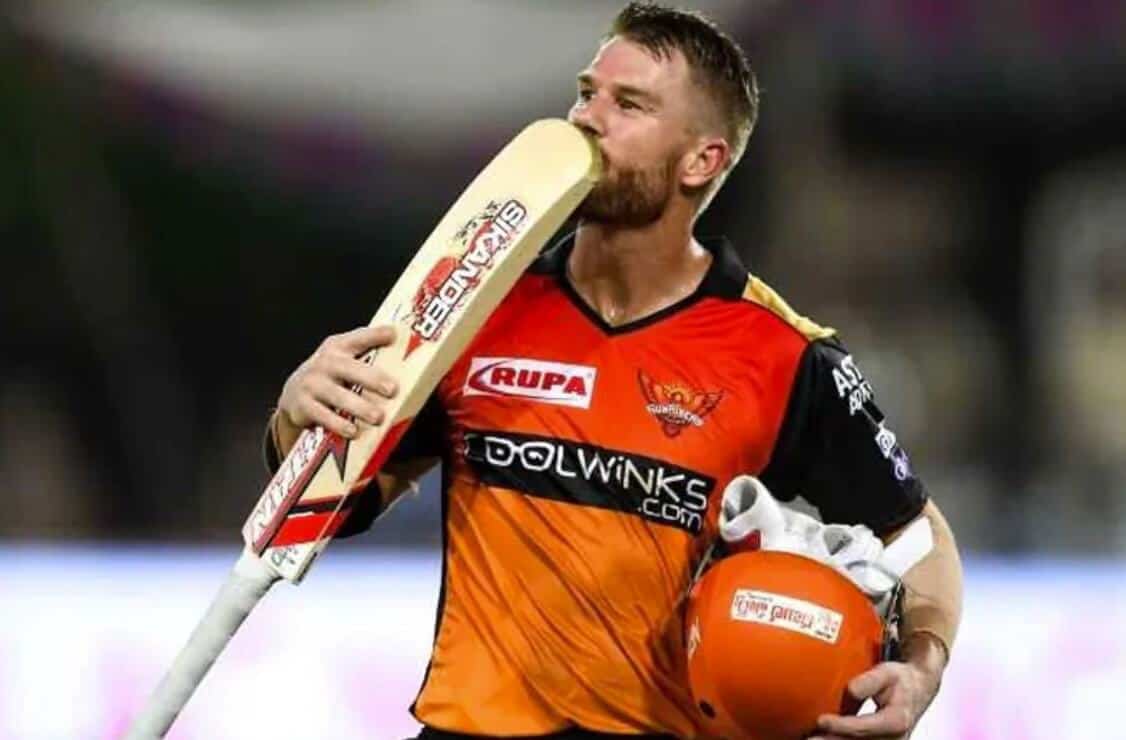 Kane Williamson filled in pretty well in 2018 and 2019 but there are two reasons behind the change.

The first is that Warner is arguably more suited to T20 captaincy than Williamson.

The second is that the Kiwi isn’t necessarily guaranteed to play, with overseas spots so limited and other options in the squad.

Warner certainly is, with his explosive batting at the top of the order, while his fielding is right up there with the very best in the competition.

Williamson should slot in at the top of the order and temporarily take over the captaincy with Warner likely to be absent for a couple of games, after returning from limited-overs duty with Australia.

However, his excellent line and length bowling and ability to swing the ball in the right conditions makes him one of the most reliable bowlers out there.

It’s not for nothing that when India play their strongest side in limited-overs cricket, he’s always in the team.

He’s been working on his game tirelessly of late and developed some new deliveries including a well-disguised slower ball to bowl at the death.

They’ll need all his experience and accuracy if they’re to go far.

He’s already just about the best bowler in the world in T20 cricket.

After all, he was the first pick in the draft for overseas players in the Hundred, which starts this year in England.

The leg-spinner is crucial to any good SRH performance, bowling in those middle-overs and breaking up partnerships whilst more often than not keeping the run rate down.

Every team fears those four overs of his with many batsmen opting to not take any risk against him at all, which obviously dries up the runs.

SRH tick just about every box and their big dilemma before it starts will be choosing which four overseas players to field.

Warner, Khan and Bairstow are certainties.

They’d be well advised to go with Marsh, who would provide some middle-order stability and another option with the ball.

Their bowling line-up has variety, class and experience, while their top three in the batting, which will be completed by Manish Pandey, can get them off to some fast starts.

They have every chance of making the final, or better.

The best Sunrisers Hyderabad betting prediction isn’t that one, though.

Warner is to be IPL top batsman and given what happened last year and his undoubted ability, he could easily win it again.

Are the Sunrisers Hyderabad favourites to win the IPL?

They’re joint-favourites with Mumbai at odds of 5.5. The bookmakers are showing plenty of respect to the Sunrisers, who have made the Playoffs in each of the past four years, finished as runners-up one of those times and won it back in 2016. There will be plenty of interest in them among cricket punters.

Are Sunrisers Hyderabad a good bet to make the final?

The answer is yes. They’ve done it in two of the last four seasons and look ready for another assault at the IPL title.  If they finish in the Top 2 in the Group Stages, they’ll have two matches in which to qualify for the final.

Which SRH batsmen should I bet on for the Orange Cap?

David Warner and Jonny Bairstow, but go with Warner. The Australian has the better IPL record, a higher strike rate and unlike Bairstow, is likely to play the whole competition rather than needing to leave early to report for international duty. Warner is 9.0 with 10CRIC to be this year’s Indian Premier League top batsman.

Who do the Sunrisers Hyderabad play in their first match in 2020?

They’re up against the defending champions the Mumbai Indians. The match is in Hyderabad and takes place on April 1. They have a record of won seven/lost seven against Mumbai across all their IPL matches played to date.

Is David Warner captain of the Sunrisers Hyderabad again?

Yes. Warner was stripped of the captaincy after being banned ahead of the 2018 season and Kane Williamson kept it for the 2019 edition. But Warner was re-appointed captain ahead of IPL2020 and will remain as skipper until further notice.