Two-time winners the Kolkata Knight Riders can boast two or three of the very best T20 players in the world and if they all get going, a third title isn’t out of the question.

That, however, is countered by the fact that as a playing XI as a whole, they’re not quite up there with other IPL sides and neither their captain nor coach are among the most impressive in those categories.

In terms of online betting, they show a lot of promise too.

Any side with Andre Russell in it is as dangerous as it is entertaining though, so let’s see how the big man gets on.

Where to bet on Kolkata Knight Riders

Lots of Kolkata matches to look forward to this year. If you’re after the best cricket odds, you can take your pick from any of these.

All of these sites offer amazing odds on KKR.

Odds for Kolkata Knight Riders to win the IPL

If you enjoy some IPL betting, then the Knight Riders at 8.0 to go all the way is a decent wager.

That looks about right.

On the one hand, their group of four or five elite players are capable of taking any team down. But on the other hand, you’d have a hard time arguing that they shouldn’t be longer in the betting than say Chennai, Hyderabad or Mumbai.

These three have more-rounded teams, better plans and superior results over the past few seasons. Which of course is why those teams are shorter in the betting. With KKR best odds of 8.0, they’re an interesting prospect as a mid-priced team.

Where are the Knight Riders strong and weak?

Have Kolkata Knight Riders won the IPL before?

The Knight Riders have won this tournament twice before.

In 2012, they beat Chennai in the final, after chasing the Super Kings’ 190 with surprising ease given it was with an over to spare. Manvinder Bisla was the unlikely hero who’s 89 off 48 was the difference between the two sides.

Their skipper at the time, Gautam Gambhir, ended the season on a massive 590 runs with only the great Chris Gayle scoring more than him; the West Indies star amassing a barely-believable 733 for the season.

They repeated the trick in 2014, again finishing as runners-up in the Group Stages, again winning the Qualifier 1 to make the final.

This time the final was a lot closer,  chasing the Kings XI Punjab’s total of 200 with just three balls and three wickets to spare. This time it was Manish Pandey who played the crucial knock, with 94.

Andre Russell performed miracle after miracle with the bat and was duly named Player of the Tournament after striking at over 200 in scoring four fifties and winning many a game with some obscenely big hitting. But it wasn’t quite enough and they ended up missing out on the Play-offs on net run rate.

India international Dinesh Karthik was meant to be a sort of MS Dhoni when he took over the captaincy a couple of seasons ago. 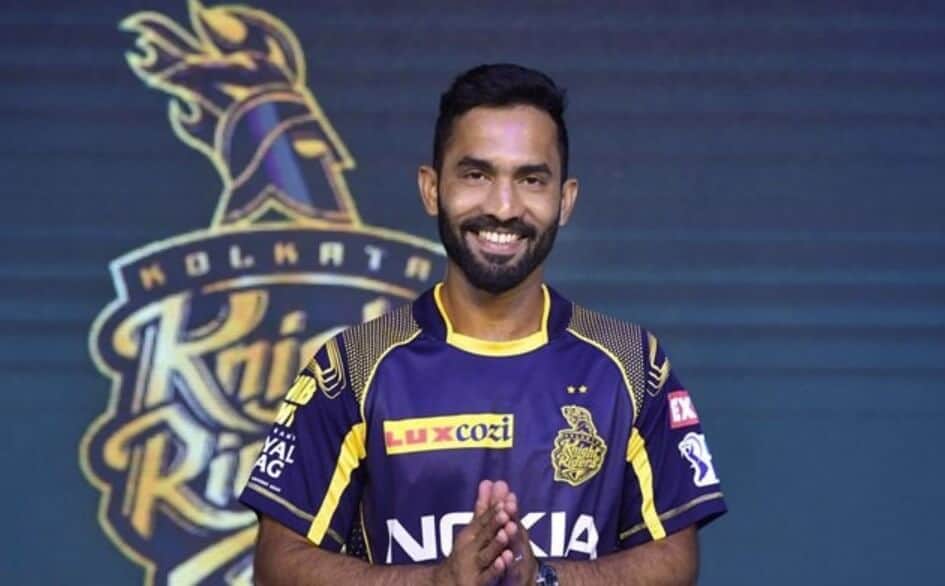 Good wicket-keeper, excellent ‘finisher’ coming in at five or six and with years and years of IPL experience under his belt. But so far it hasn’t really worked out for Karthik with a loss of batting form and some questionable decisions at the toss and in the field attracting some raised eyebrows.

This could be his last chance at leading the side if things don’t go so well again.

Andre Russell is probably the first T20 player you choose from any in the world if you could select just the one cricket player to join your side.

A fast bowler who bowls with pace and menace both at the top and at the death if necessary and also one of the fastest and most agile fielders in the game. But it’s with the bat that he really earns his corn, coming in at five or six and scoring at an insanely rapid rate when in the mood.

No boundary is big enough for him and the only question is why he doesn’t often bat higher, at say four. The big problem with Russell is fitness. Too often he breaks down during a tournament and the side are left with a massive hole to fill.

Fearless, positive and capable of scoring boundaries without needing much time at the crease. Both in the T20 Blast and the Big Bash, he’s shown just how devastating he can be if he gets his eye in early.

He was picked up in the IPL auction but with more overseas talent than spots available, it’s no certainty he’ll even be selected for the first game, with Sunil Narine very capable as a makeshift opener over the past couple of seasons.

In any case, Banton will miss the first week of the competition anyway due to quarantine rules.

Time to round off our Kolkata Knight Riders preview with some of our expert analysis and tips.

The key to a good KKR performance this campaign will be how well they select their overseas players.

Narine and Russell have to play, as does fast bowler Pat Cummins, who as the most expensive purchase of any in the 2020 auction and best-paid foreigner in the history of the IPL, will surely feature as well.

Then it’s a choice between Banton, middle-order batsman Eoin Morgan, pace bowlers Lockie Ferguson and Harry Gurney and Australian spinner Chris Green. Whoever it is they pick, one thing they need to get right is to not bat Russell any lower than five. It makes no sense to hold back your best batter like that.

The problem is that there are two or three slots where the players occupying them aren’t quite up to winning standard.

Sooner or later, that’s likely to catch up with them.

The best Kolkata Knight Riders betting prediction could be that they win their opening match as outsiders against the notoriously flaky Royal Challengers Bangalore.

Recommended bet: Back Kolkata to beat Bangalore @ 2.05 with Betway
1.

Are Kolkata betting favourites for IPL 2020?

No. All of Chennai, Hyderabad, Mumbai and even Delhi are shorter in the betting than Kolkata, who at 8.0 are the fifth favourites out of eight. But they’ve won it twice before and in Andre Russell have the most explosive T20 batter on the planet, so they shouldn’t be written off entirely.

What are the odds on Kolkata Knight Riders finishing bottom of the Group Stages?

It’s 7.0 that Kolkata finish rock bottom of the Group Stages in this year’s Indian Premier League. That has admittedly happened once before, in the 20090 edition, but that was a long time ago. And there are certainly other teams who look weaker on paper than Kolkata this time round, so that’s probably a bet to avoid.

Who is Kolkata Knight Riders’ coach?

Former Kolkata player and New Zealand captain Brendon McCullum. A dashing batsman and a captain known for taking huge risks, he’s in charge of the side, taking over from Jacques Kallis. They’ll need plenty from McCullum this year because their gameplans haven’t always been the best.

Who is Kolkata’s most expensive player?

At ₹15.5 crore, Australian fast bowler Pat Cummins is not only Kolkata’s most expensive player but also the most expensive overseas player ever to be bought in the history of the IPL. This is his second spell at Kolkata after also playing in 2014 and 2015 and he was also at Delhi for a year, in 2017.