We’re at Warner Park for this CPL match played on 11 September, with a start time of 7:30 pm IST.  If you like cricket betting on Indian websites, read on because we have the best Barbados Royals v St Lucia Kings betting tips coming up next. You’ll find online cricket betting odds and sites just below!

Want some free cricket betting tips for the game? Of course, you do! I’m going with outsiders Barbados here and there are four pretty good reasons for that. I also think that a certain Royals batsman has a far better chance than his odds suggest, so he’s a bet, too.

The Royals put in an excellent performance to get the better of Guyana a couple of days ago. They posted 185/8 thanks to some good knocks from Glenn Phillips (44 off 31), Johnson Charles (40 off 21) and Kyle Mayers (36 off 20).

Ad don’t forget the 22 off 7 from skipper Jason Holder.

It’s absolutely crucial for any team who have someone with a sky-high strike rate (in this case a barely believable 314) even if they’re not at the crease for that long. About time skipper Holder put in a strong performance.

But what followed was a typically dire performance in the next game. There’s no disgrace in losing to Trinbago but there’s disgrace in being bowled out for less than 100 batting first.

They were all out for 93. Kyle Mayers top-scored with just 27. Holder was out for 0.

Their race is truly run now. Two wins from eight games means they’ve got no chance.

Time to think about next season.

A run of three straight wins for the St Lucia Kings was followed by two defeats, first to Guyana and then to Jamaica

They’ll be scratching their heads about how they conceded 211 runs against the Tallwahs. Yes, Andre Russell and co have improved a bit over the last week or so but that’s still far too many to concede.

Unsurprisingly, all their bowlers without exception were extremely expensive.

Andre Fletcher, Mark Deyal and Roston Chase all played well and scored extremely quickly to give them a sniff but none of them kicked on and they lost heavily, by 55 runs.

They’re in fourth (on net run rate) on eight points, the same as Jamaica and Guyana. A win here and they’ll have every chance, a defeat and they might have it all to do to make the Playoffs.

The good news for them is that they’re up against the worst team in the competition.

The Warner Park mystery continues. In the first game, a side is bowled out for 93 and in the second a team posts 211. Go figure. So we’ve given up trying to predict what a good score might be but what is very relevant (as mentioned below) is the Royals’ excellent record in this fixture when batting first.

What’s important is that all games are played in St Lucia this year, many of those wins batting first were at this very ground.

The Royals are 10-6 up after 16 games. What’s important to note is that nine of those 10 wins for the Royals were batting first.  So that provides a clue as to how this game might go if the Royals get to post a score. 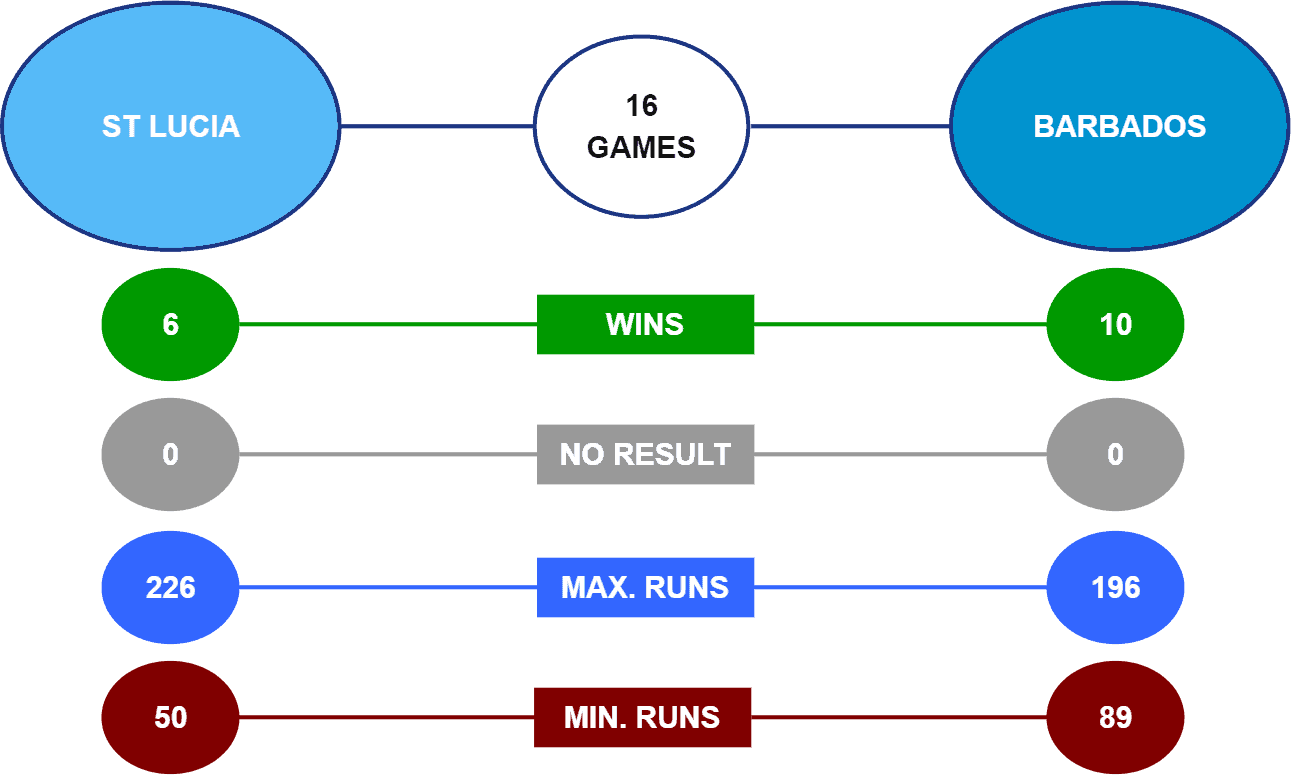 Not so tight when it comes to the toss, either.  The Royals have certainly had the better of things in this regard and are considerably ahead. Let’s go with the Royals to get the better of the flip once more.

Recommended Bet: Back the Barbados Royals @ 2.32 with Pure Win

It would be easy to assume that the Kings, who badly need to win this game to remain in contention for a Playoff place, are the bet.

But I’m not so sure. Firstly, I haven’t been that impressed with them. Without the performances of Roston Chase with both bat and ball, they could have been in a similar position to the Royals.

As for the Royals, maybe with the pressure off now that they know they can’t make the Playoffs, maybe they’ll relax and express themselves.

Two more factors: remember that the Royals have that excellent record against the Kings batting first, so if they get to do so, they’ll be pretty confident.

Lastly, they’re a much, much bigger price. More than enough reasons to go with Holder’s men.

This is a good example of a bet that probably won’t win, but is still an excellent bet! What we mean by that is that Raymond Reifer hasn’t been in the best of form with the bat. He’s only passed 20 once in his past five innings.

But this is a Windies international we’re talking about, who has spent the whole of the tournament batting at Number 4. As you can see in our top batsman betting guide, players at huge prices who bat in the Top 5 are like gold dust and we can’t miss out.

At odds of 19.0 we’d only need him to come good once the whole CPL to be in huge profit, so that’s why we’re doing it.