We’re at Warner Park for the very last time for this CPL betting opportunity in the final match played on 15 September, with a start time of 7:30 pm IST.  If you want live cricket satta rates from top Indian websites, read on because we have the best Saint Lucia Kings v Saint Kitts and Nevis betting tips coming up next.

Up next are my cricket match betting tips for today’s CPL final! The St Lucia Kings provide an excellent bet as outsiders ahead of this match and the main reason is their long-term and in particular short-term, head-to-head record against the Patriots.

But there’s also a 10.0 chance that may not be as unlikely as it may seem, which makes up our Hot Bet.

It’s been a funny old season for the Kings. They dropped Raheem Cornwall early on, a West Indies Test regular. Captain Faf du Plessis tended to either be brilliant or poor with the bat, before they lost him to a groin injury ahead of the Playoffs. It’s an issue also for CSK in the IPL, who don’t know when he’ll be fit.

They then discovered that Roston Chase is an ace number Four batsman, in addition to being a very handy all-rounder.

In the process they were also reminded that veteran South African David Wiese can really bowl (he took two five-fors during the tournament) and that Singaporean Tim David may well be the next batting superstar in T20s.

So a voyage of discovery for the St Lucia side that ended with them booking their place in a second successive CPL final, gaining revenge against the team that beat them in last year’s final, Trinbago.

On Tuesday they batted with real intent with Mark Deyal (78 off 44) the biggest contributor and all of Chase, David and Wiese also playing their part with the bat, to get them to a huge 205/4.

At times Trinbago looked like they had a chance but the score was too big and with Wiese taking those five wickets, TKR were always going to fall short.

St Kitts and Nevis Patriots were one of the mystery sides in the competition. Mystery because they had the potential to be pretty awful or pretty brilliant.

In the semi they were brilliant against Guyana. The Amazon Warriors’ total of 178/9 may look big but the game was played on a good batting strip and in fact, they were probably 15 runs or so short.

It was a real team effort with the ball, with four different bowlers each taking two wickets.

Interestingly, none of them were for skipper Dwayne Bravo, because he didn’t bowl!

That suggests he’s not fit to bowl but he was important as skipper, especially with his decision to bowl first when winning the toss.

He was also important with the bat, surprisingly coming in at number three and playing a sensible 34 off 31.

In different circumstances that may have been a bit slow given it was a high-scoring game.

But Chris Gayle smashed 42 off 27. And Evin Lewis was even better: he scored an unbeaten 77 off 39 that included eight sixes, and was obviously man of the match.

Warner Park witnessed two high-scoring semi-finals on Tuesday, further adding to the intrigue. Most people would have assumed that the wicket would have gotten more and more worn as the tournament progressed, with so many matches played on it. But think again.

So we may well have another high-scoring game in the final. It’s with noting that both games were won by the side batting second, which backs up the long-term trend of Warner Park being a good ground for the chaser.

13 matches (including one no-result) have seen the Kings win 7 and lose five, so they have the slight edge. And now to the really interesting part: the Kings have won each of the last four. That could prove very significant. 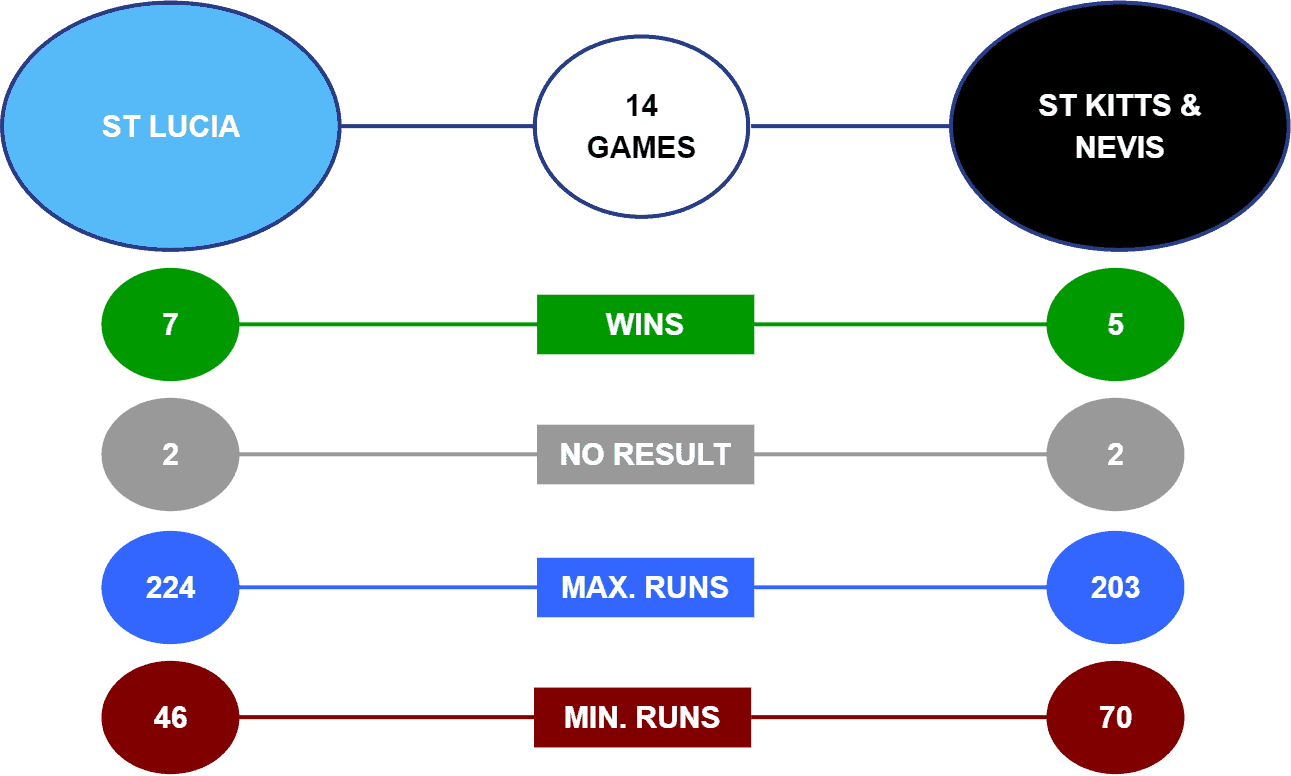 The Patriots have been dominant at the toss, winning almost 70% of the time. Both teams won the toss in their respective semis yesterday but I still prefer the Patriots here.

Recommended Bet: Back the Saint Lucia Kings to win @ 2.2 with Pure Win

I’m really not sure why the Kings are considerable outsiders here. They’re fresh from breathing the tournament favourites, the Knight Riders. They were incredibly aggressive batting first and were correct with their tactics in sacrificing wickets for fast runs. They ended up losing nine of their 10 wickets but of course, that doesn’t matter; all that matters is the score you post.

That middle-order of Chase, David and Wiese looks perfect for scoring quick runs at the death, while their bowling has plenty of variety.

The one area where they look a bit vulnerable is with Cornwall, who is badly out of form with the bat and didn’t bowl at all. He’s a bit of a passenger at the moment.

Then again, for the Patriots, Bravo is unlikely to bowl and that’s a big blow. More to the point, the Kings are ahead on the head-to-head and have won each of the last four, including beating them twice this season already. That should give them real confidence.

As outsiders, it really is a no-brainer to go with the Kings.

Hot Bet: Any player to score a century

Recommended Bet: Back any player to score a century @ 10.0 with Betway

There have admittedly been only two centuries the whole tournament but plenty of players have come incredibly close to getting a third.

As discussed already, there’s not much wrong with this wicket at all. If anything it seems to be getting better.

So with batting talent like Gayle, Lewis, Fletcher and Deyal around, it would be no huge surprise if someone on the field gets to 100.

A lot would need to go their way (and ours) but at odds of 10, it’s worth taking the risk.