A scintillating London derby awaits us in the English Premier League this weekend as Arsenal face Chelsea.

This is going to be an absolute thriller of a match featuring several football betting opportunities.

Despite playing at home and holding a fairly decent track record against the Blues here, Arsenal will be on the backfoot following that 2-0 loss to Brentford and a depleted squad mired with injuries and COVID-19.

Meanwhile, Chelsea are brimming with confidence after that stellar win in the season opener. And now that their prodigal son has returned, they will be looking at yet another whitewash.

I’m going to back Chelsea here to win. 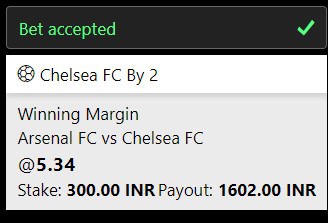 Arsenal supporters will not be pleased with the way their team have started the EPL 2021-22 campaign. Fielding a relatively weaker squad without their best players on board, Mikel Arteta’s men were schooled by the newcomers Brentford.

Arsenal lost the match 2-0 despite having 22 shots and 67% possession – significantly ahead of what the Bees posted in the same department.

In Arteta’s defence, there was a COVID-19 outbreak in Gunners’ camp that saw Pierre-Emerick Aubameyang, Alexandre Lacazette, Willian and Alex Runarsson miss the match. The situation remains uncertain still although, Aubameyang and Willian are in contention to start on Sunday depending on their fitness and other conditions.

The pressure is high on Arteta to deliver at the Emirates in front of the home fans who will be flocking to the stadium after a long wait. But following their abysmal performance in the pre-season friendlies (losses to the Scottish side Hibernian, Chelsea, and Tottenham Hotspur), it is fair to say that there is little love lost between the supporters and club.

With domestic football being the only agenda on their calendar this season, Arsenal may fancy a run to the top once again but it is not going to happen without their key performers in the team.

Marcos Alonso, Christian Pulisic, and Trevoh Chalobah scored the three goals for the Blues to pick up as many points and start their Premier League campaign on a high note.

Bolstered by that emphatic win, Chelsea look all set to build on it further with the arrival, or rather, the return of Romelu Lukaku from Inter Milan. The Belgian striker was instrumental in the Serie A side’s winning campaign last season, scoring 24 goals.

Chelsea’s pre-season frivolities include wins over Bournemouth and Arsenal, and a 2-2 draw against the Spurs. But the icing on the cake was their UEFA Super Cup win against Villarreal over penalties that capped their perfect European campaign.

As for the player availability, Pulisic has been ruled out after returning a positive test for the coronavirus. Hakim Ziyech is also expected to miss the derby on Sunday.

That said, Chelsea still remain superior to their London counterparts and should do well to find another three points.

Overall, Arsenal lead Chelsea 80-65 with 58 matches ending in a draw.

They have dominated the Blues in their last three meetings in all competitions, including the two Premier League ties last season which they won 3-1 and 1-0. 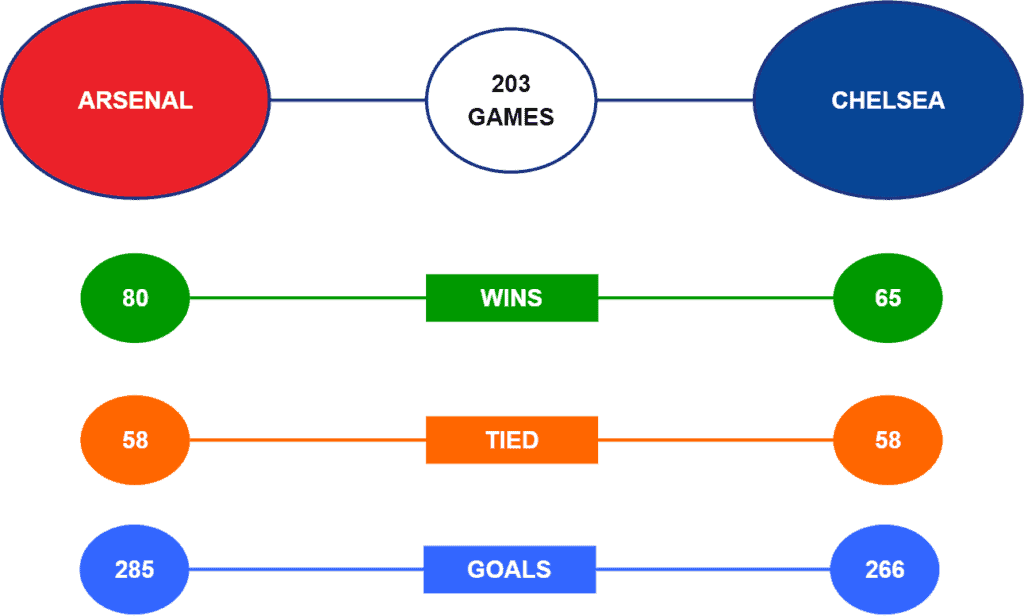 If this were a full-strength Arsenal squad, I probably would have backed a win or draw outcome for the hosts.

But it ain’t the case. Chelsea are firing on all cylinders while Arsenal are struggling with form woes, injury woes, and just a lack of confidence.

Yes, the Gunners have played well against their London opponents at home in recent history but Tuchel’s men look all but set to break that streak. I’m afraid things may just get worse for Arsenal before it gets better, seeing that they play Manchester City next weekend.

But for now, a winning bet on Chelsea ought to do the trick.

Romelu Lukaku to be Anytime Goalscorer

Recommended Bet: Lukaku to be anytime goalscorer @ 1.95 with Betway

But this was before the Belgian hit his prime during his Italian and international travels. He returns to the club a new man, a striker reborn, ready to roar and give Chelsea the much-needed ammunition in the goals department.

The conditions are prime for him to open his Premier League goal account once again as he faces a distraught Arsenal side.

Arsenal have the home advantage and the fans may just rally behind their players to put pressure on Chelsea and force them into errors. While we may see an odd goal or two from the hosts, Chelsea should do well to negate those advantages and march to the win.