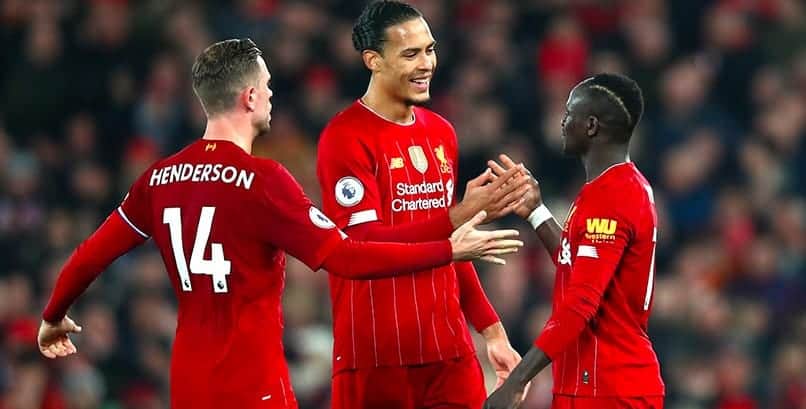 Football fans can beat the Monday blues with a jaw-dropping fixture from the English Premier League, with Liverpool set to play host to Arsenal. The match is scheduled to start at 12:30 am IST on Tuesday, September 29.

Both the teams are looking to maintain their perfect start in the league but more than that, they are hoping that the end result here doesn’t come to bite them later on.

Get Liverpool vs Arsenal betting tips, match odds and preview, with our two cents on which bets are primed to book a good profit.

Our Hot Bet for Liverpool vs Arsenal

Liverpool are on fire at the moment, having scored 13 goals in their last 3 matches, including their midweek League Cup fixture. By the same token, Arsenal have scored just 7 although, they have been quite disciplined in their approach.

Furthermore, the Reds are playing this game at home where they hold a pretty stellar goal-scoring record. It gets even more interesting when we see that 3 of their last 5 meetings with Arsenal have seen at least 4 goals. Two of those matches were at home where the Reds won by well over 2 goals.

If you want to make the most of online betting, the way to do it is by having a betting account with multiple operators so you can get the best odds possible.

Why are these a good bet?

Liverpool, as the defending champions, have gotten to a pretty solid start in their overall season. They are two of two so far, including a close 4-3 win over Leeds and a 2-0 win against the mighty Chelsea.

Their opening Premier League fixture against Leeds was particularly interesting, as Mohammad Salah scored a hat-trick on one end while on the other, the players from Leeds did their own thing and troubled Alisson greatly. In fact, it was Salah’s goal in the dying minutes of the game that proved to be the ultimate winner.

Against Chelsea, the hosts were much more composed, possibly having shaken off the early-season jitters. This time, it was Sadio Mane who took Man of the Match trophy with his stunning brace.

Having settled in, Jurgen Klopp got a chance to rotate heavily in the Carabao Cup mid-week against Lincoln City. On the back of a 7-2 win, it was the likes of Takumi Minaminho, Xherdan Shaqiri and Divock Origi who rose to the occasion.

For this crucial game against Arsenal, Klopp has all the odds stacked in his favour. His players are well-rested and he hardly has major injury concerns. With that, his side also has the psychological edge over the Gunners in the form of a splendid home record.

If we were to look at Arsenal’s current form, they are not doing bad themselves although, it may lack Liverpool’s intensity. Mikel Arteta’s men too, have won both of their opening fixtures – a 3-0 win over Fulham and a 2-1 win over West Ham United.

They carried the same momentum in the League Cup too, as they moved past Leicester City with 2-0.

However, Arsenal will be without at least five players for this game, including Calum Chambers, Shkodran Mustafi, and Gabriel Martinelli. That said, his players are akin to that of Liverpool, at least in terms of rotation and resting time.

It is also evident from their starting few matches that Arteta has managed to build a strong defensive structure, having kept two clean sheets in their last three matches in all competition. However, these are still early days in the tournament and it is to be seen if they can keep up the same momentum.

Where to bet on Liverpool vs Arsenal

So there you go, folks – those were our football betting tips for this cracker of a fixture in the English League. Liverpool are primed to win and Arteta needs to find ways to retain the defensive shape and not allow the Reds to wreak havoc across their goal.