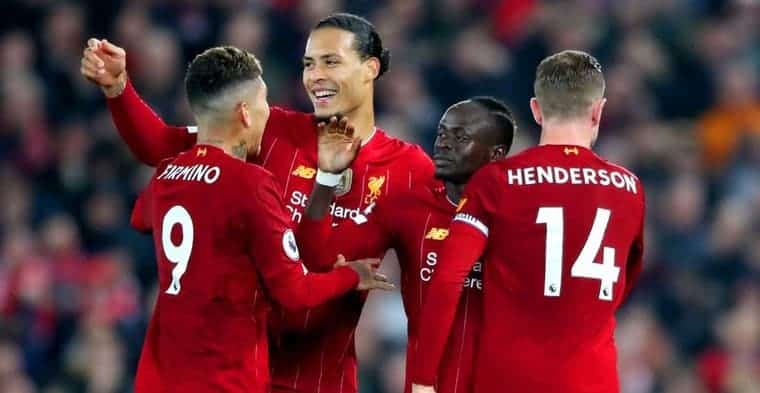 Liverpool will play host to Atletico Madrid in the second leg of the Champions League Round of 16 on Wednesday, March 11. The game will take place at the Anfield Stadium, starting at 8:00 pm local time. The two European giants will collide in what is set to be an action-packed match, with a lot at stake for Liverpool. Get the latest Liverpool vs. Atletico Madrid betting tips with predictions, preview, and odds. In other words, at Bet India, we will give you the best Champions League betting tips for this massive encounter.

Atletico Madrid have got one foot in the quarterfinal already and a disciplined, smart approach at the Anfield will get them through. However, they are more than aware of the curse in Liverpool. Last season, FC Barcelona squandered a 3-0 lead they picked up at home by losing to the Reds 4-0 at this iconic stadium. Something similar happened to Diego Simeone’s men as well – they were up 2-0 against Juventus in the first leg but when they went to Turin, they suffered a 3-0 loss and were sent packing from the league.

This is going to be a very tight game with odds evenly split between the two teams. Anything can happen here and to go after a goal-scoring market may seem like the right thing to do.

A lot has changed for Liverpool since their uneventful defeat to Atletico Madrid in Spain a couple of weeks ago. The Reds were handed their very first Premier League defeat of the season, in the form of a 3-0 loss to Watford. While that takes the pressure away of maintaining an unbeaten run, it also raises a few questions about their endurance to see the season through successfully.

At the moment, Liverpool are the league leaders with 82 points – 25 points clear of the second-placed Manchester City. The league is pretty much theirs to lose now and it is hard to imagine them squandering this massive lead. At the same time, it is worth mentioning that Jurgen Klopp’s boys were knocked out of the FA Cup as well, with a 2-0 defeat to Chelsea.

However, they bounced back last weekend with a 2-1 win over Bournemouth. Mohammad Salah and Sadio Mane were the goalscorers, restoring the confidence in the side. That said, Liverpool are going to be favourites for this crucial Champions League encounter. With an unbeaten run at home, the support of screaming fans, and a star-studded squad, the Reds have got all they need to sail to the next round. The only riddle they need to solve now is Atletico’s defence.

This is a match where Liverpool’s attacking prowess will be put to test. Mane, Salah, and Roberto Firminho will need to break open an already reinforced defence. The defenders like Virgil Van Dijk and Joe Gomez will need to prevent Atletico from scoring through counter-attacks.

One positive for Atletico Madrid is that they are unbeaten in their last 6 matches in all competitions. Following their win over Liverpool at the Wanda Metropolitano, Atleti defeated Villarreal by 3-1. After that, however, they were held to a couple of draws by Espanyol and Sevilla.

The visitors had every chance to secure a third-place position in the La Liga, but owing to those expensive draws, they are sitting at the 5th place at the moment. Nonetheless, there is a lot of action to go in the league and they can still secure a top-four finish.

A good positive for Diego Simeone’s side is that their injury woes have eased considerably since the first leg. Joao Felix, Diego Costa, and Alvaro Morata are available once again, giving the side a versatile attacking range. But with that out of the way, the lads have another barrier to consider – their poor away record. With just 2 wins in their last 15 matches as visitors, it will be a Herculean task for them to turn these stats around, especially at Anfield.

Diego Costa may play a cameo in the second half of this match, just to rile Liverpool’s defence. However, before that, Atletico will need to cement their position further in this match and that’s where Felix and Morata will have an important role to play. On the back, Jan Oblak will need to put up a commanding performance and protect his goal at all costs.

Where to bet on Liverpool vs. Atletico Madrid

The Atleti side visiting Anfield is a lot stronger than the one we saw in the first leg. This is definitely much needed if they want to achieve the difficult and knock out the defending champions Liverpool out of the Champions League.

As for the Reds, they are all ready to roar, with a healthy squad and the support of their local fans. Expect both the teams to score here with Liverpool starting with the possibility of winning this match.

So, with so much at stake, football betting becomes a lot more interesting. Have a look at the best odds for this match.