Bangladesh will host Australia in the fifth and final T20I this week as the visitors look to add another win on their tour.

The fifth Twenty-20 international will be played at the Shere Bangla National Stadium, Mirpur, on Monday, August 9, and will begin at 5:30 pm IST.

Get Bangladesh vs Australia online cricket betting tips, preview, and predictions ahead of this match.

Coming up next are our free cricket betting tips for what is set to be an entertaining match between the two teams.

Australia may have finally broken the jinx by getting a win on this tour of Bangladesh but it wasn’t a clinical performance by the team.

As for the hosts, they were once again taunted by the same batting demons and this time around, the Aussies finally got the better of them.

For the fifth T20I, I expect Australia to maintain their winning momentum and end the series with 2-3. 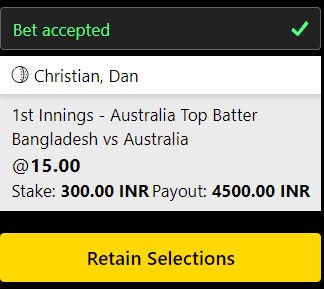 For the match on Saturday, Bangladesh went ahead with the same playing XI they had for the previous game. They won the toss and Mahmudullah elected to bat first.

This time, Mohammad Naim added 28 odd runs on the board before getting out; meanwhile, the rest of the batsmen continued to fumble as usual. With the exception of Shakib Al Hasan (15), Afif Hossain (20), and Mahedi Hasan (23), every other player left the pitch in single digits.

To put it differently, Australia’s strong bowling restricted Bangladesh to their lowest total of 104-9 in the ongoing series.

When they came on to defend this small target, the Tigers started strong by getting the early wickets of Ben McDermott and Matthew Wade. Mustafizur Rahman got two wickets and ended his spell at an economy rate of 2.25. Hasan also got two with Shoriful Islam and Nasum Ahmed getting one each.

But what potentially cost them the match was Shakib Al Hasan’s expensive spell – 50 runs conceded in four overs (including five sixes against Christian in an over).

Even though the game somewhat came down to the wire, Australia won the match by three wickets with six balls to spare.

After this series, Bangladesh will host New Zealand soon and these kinds of mistakes, especially in batting, cannot be afforded against the mighty Black Caps.

I don’t expect a lot of change in the final T20I but the boys will be eager on putting up a show that sees a good batting performance.

Australia may have lost the series but at least, they won’t be going back home on the back of a humiliating whitewash.

Their bowlers once again ensured a small chase for them, courtesy of Andrew Tye’s and Mitchell Swepson’s three-wicket hauls. Josh Hazelwood got two and Ashton Agar got one.

Even though the visitors needed just 105 runs, their innings wasn’t off to a good start. Case in point, they stumbled on to 65-6 in 10.2 overs – McDermott, Wade, Moises Henriques, and Alex Carey went for less than five runs.

T20 specialist Dan Christian added some fight with his 39 off 15 while Mitchell Marsh failed to deliver on Saturday, scoring just 11 runs.

Clearly, the conditions in Dhaka have been incredibly difficult for the visitors – something that even Christian admitted in a post-match interview. That said, his understanding of the surface and the ability to adapt quickly may have brought Australia some solace in the series.

While we can expect a few changes in the final T20 match, the likes of Christian and Marsh are more than likely to retain their place in the playing XI.

The pitch in Mirpur has proven to be absolutely precarious for both sides to get used to. Bangladesh, as the host side, enjoyed the advantage of being more familiar with the conditions but they could have just as easily lost the matches.

The final T20 international is likely to be along the same vein – another low-scoring affair that offers a lot to the bowlers. However, we saw glimpses of big shots on Saturday and it wouldn’t be too crazy to imagine the series end on an entertaining note.

This being an evening fixture, the team batting second will have an advantage in the chase owing to the dew and conditions, as explained in our ultimate guide to T20 betting.

Bangladesh now trail 3-5 with that defeat on Saturday. 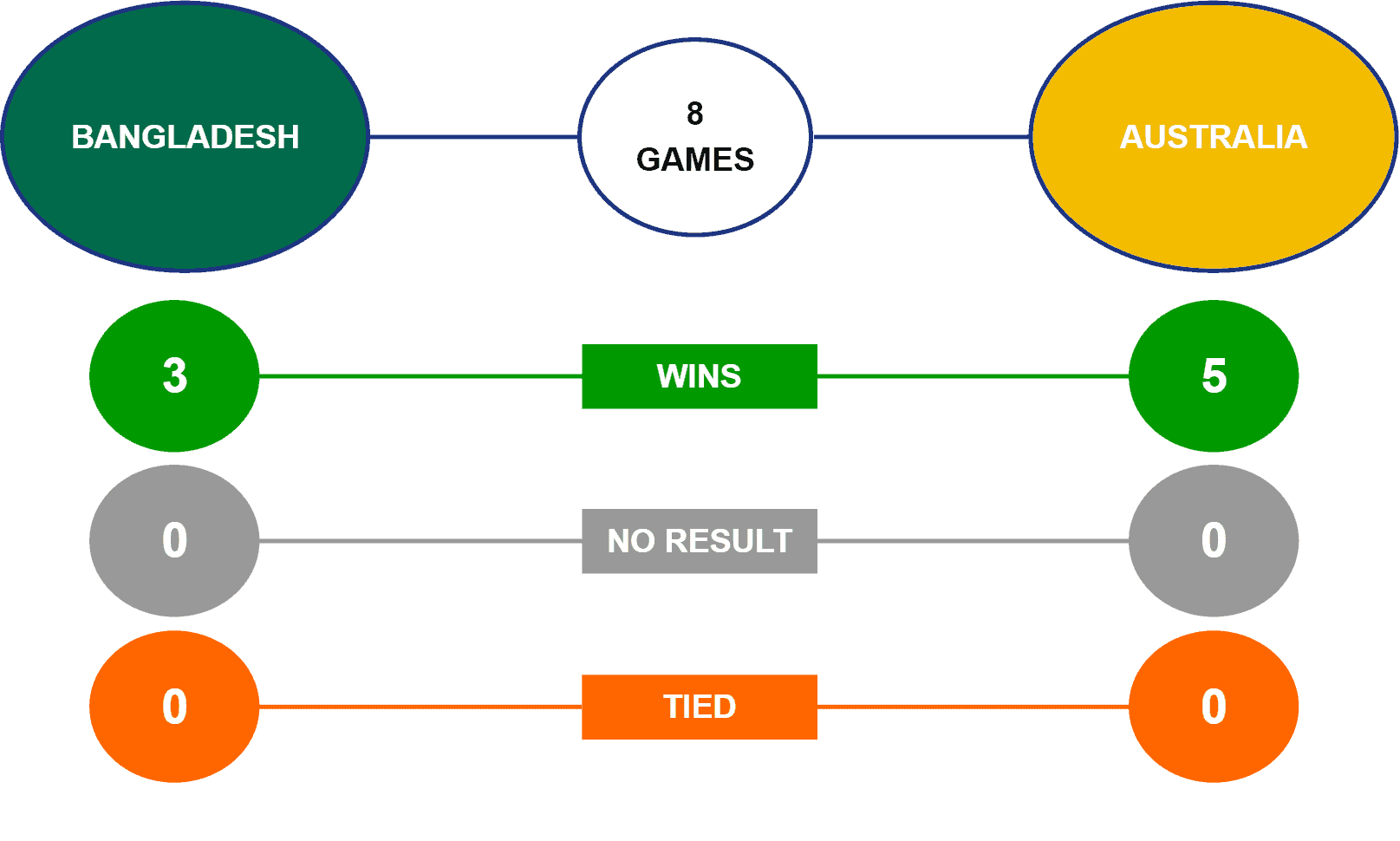 Bangladesh have done well to win the coin toss in this series, bringing that tally to 3-5 – same as their win-loss stats against Australia.

For the fifth T20 international, let’s back the Tigers to win the toss once again. 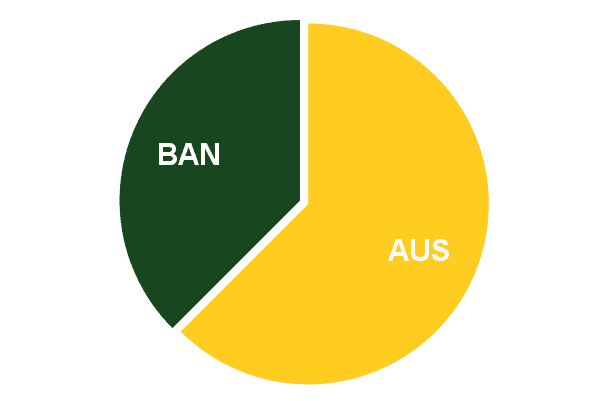 Recommended Bet: Back Australia to win @ 1.56 with Pure Win

Australia have got a precious chance here to make something of the conditions and try something new, especially considering that the T20 World Cup is right around the corner.

Of course, bowling has worked quite superbly for them so there are no complaints in that department. Batting wise, it was good to see Dan Christian step up and we can expect him to do so once again.

Combined with the likes of Marsh and others, they do have sufficient talent in their ranks to end the series on a winning note.

As for Bangladesh, they still have the edge but owing to Australia’s superior pedigree and player quality – and the fact that they finally won a match in Dhaka – I’m going to have to back them to win once again.

As has been the norm recently, the best odds are with Pure Win. Here’s our Pure Win review where you can find out anything and everything you need to know about them including what welcome bonuses you can get.

Recommended Bet: Back Dan Christian to be Australia Top Batsman @ 15.00 with 10CRIC

One can’t help but wonder how the series would have gone with Dan Christian had been brought on since the first match.

But as they say – better late than never. Christian is one of the most promising T20 players to come out of Australia in recent years. He has played a lot of cricket in this format, in several T20 leagues across the world.

Plus, his antics on Saturday – including hitting five sixes against Shakib Al Hasan – just tells us how dangerous he can be, and how quickly he has adapted to the conditions.

Given the odds at which he is available, he certainly makes for an appealing bet.