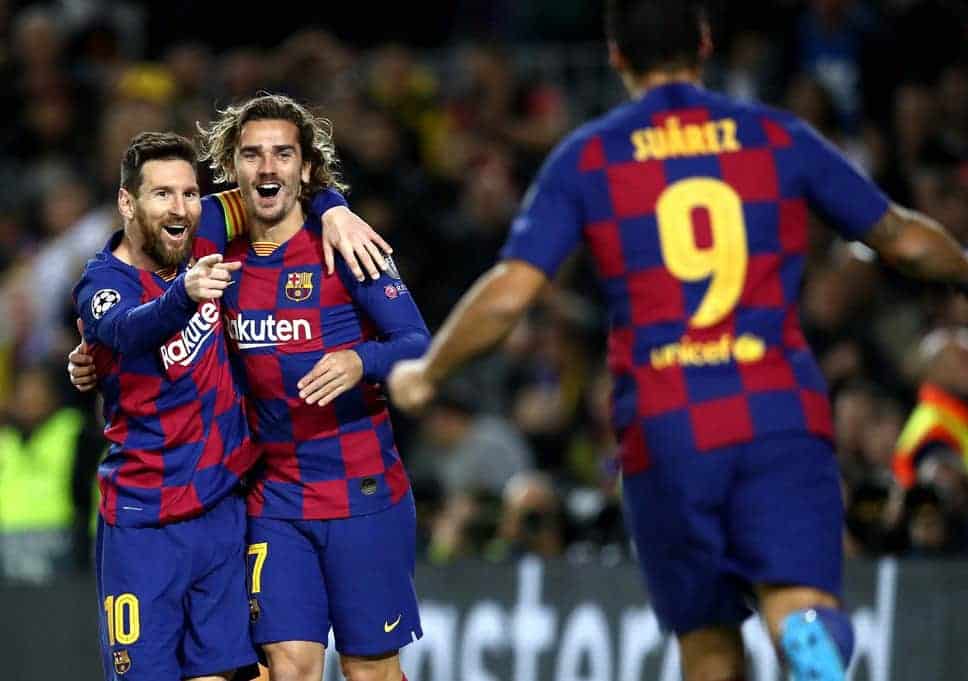 In what is set to be a blockbuster affair in this year’s La Liga, league leaders FC Barcelona will travel to Madrid, where they will play the fourth-placed Atletico Madrid in the Wanda Metropolitano Stadium on Sunday, December 1. The match will start at 9:00 pm CEST (1:30 am IST). Here, you can find Barcelona vs. Atletico Madrid betting tips & predictions, odds, preview, and match statistics. Dive deeper with the best football betting odds and find out where you need to wager to win the most.

This is a match that can very well go either way, but the most likely outcome seems to be a draw. Atletico are just too good at home and are known for their impenetrable defence. Barcelona too, are facing problems of their own in the defence and that can complicate things for the visitors. Nonetheless, a win is definitely on the cards for the Catalans here, given their superiority in terms of players and goal-scoring form. We can expect both sides to score here, with Barca starting as the odds-favourite.

» Focused on the Indian market and accepts INR
» Extensive list of sports to bet on, cricket included
» Rs. 5,000 Rizk-free bet on sign up

The Catalans are heading into this fixture with a tremendous amount of confidence after securing their place in the knockout stages of the Champions League on Wednesday night. Defeating Borussia Dortmund 3-1 at home in style – a match that saw Lionel Messi score a historic goal, Barcelona can now focus on retaining their lead in the Spanish League.

Sitting at the top of the table with 28 points and a game in hand, it hasn’t been an ideal start for the Ernesto Valverde’s side to the season. With three defeats in already so far – the same number of losses that the league champions incurred for the whole of the last season, many questions have been raised in Barca’s back line.

It is fair to say that there are gaping holes in Barcelona’s defence which need to be plugged immediately. In four of their last five league games, the Catalans haven’t kept a clean sheet. When you combine this with the speculation that the visitors have been relying on Messi magic to get them through, things become a bit more complicated.

They will also be eager to shake off that dramatic 3-1 loss to Levante a few weeks ago. The problem here seems to be their problems in preventing the opposite side from creating chances on the counter. Nonetheless, with the team becoming slowly more refined and used to the new style of playing, things should get better from here on.

With Ousmane Dembele out for 10 weeks now, it will be up to the lethal pairing of Lionel Messi and Luis Suarez to get the side through. Antoine Griezmann will visit his former club and it will be interesting to see how he performs under pressure there. Expect a cameo from Arturo Vidal in the second half as a key playmaker.

Similar to the visitors, Atletico Madrid are facing problems of their own as well. They have been held to 7 draws so far – the highest in the La Liga this season so far and three short of what they had last year. Consequently, they are placed at the fourth place but are just three points below Barcelona, courtesy of their just 1 defeat, in contrast to the visitors’ 3.

To exacerbate the matter, they have lost their last two Champions League matches, respectively to Bayer Leverkusen and most recently, Juventus. When you throw in the 1-1 draw they were held to by the 8th placed Granada last weekend, we begin to see a clear picture.

The hosts have always been formidable at home, but when it comes to facing the big teams, they just can’t quite go the distance. They drew against Real Madrid and Valencia a few weeks back and now, a similar outcome against the league leaders is definitely a possibility.

At the same time, it is interesting to note that Atletico Madrid have conceded just 9 goals this season – the lowest in the league. Defensively, they are the strongest side at the moment but what they need to do is find a way to channel the same kind of discipline in the attacking field too.

The absence of Diego Costa from the side will certainly hurt them, but with the presence of quality players like Angel Correa, Alvaro Morata, and Koke, they should be able to put up a good fight. In the back, Kieran Trippier will need to do his part to restrict the attack from the wings.

Where to Bet on Barcelona vs. Atletico Madrid

This being a major La Liga match will feature tonnes of Indian football sportsbooks offering amazing betting odds. Barcelona have a good chance to win here but given Atletico’s superiority at home, a draw is more probable. For the time being, here’s our predictions: