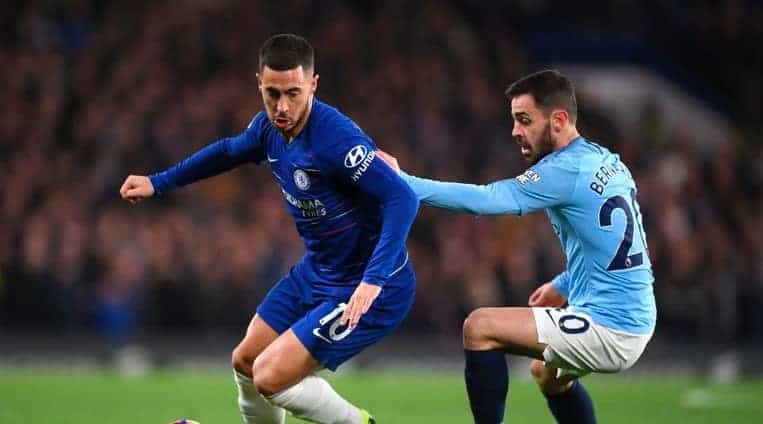 Chelsea and Manchester City will lock horns on Thursday evening in a battle of the giants in the English Premier League. The two sides will meet at the Stamford Bridge with the kick-off at 8:15 pm BST (12:45 am IST). Get Chelsea vs Manchester City betting tips, odds, and predictions here.

While the two sides are separated by a good 12 points, both of them have practically cemented their position in the top four. A favourable outcome for Chelsea here puts them close to a 3rd place finish while a City win still puts them miles behind the league leaders Liverpool.

Nonetheless, the match should present itself as a good betting opportunity. Follow our betting tips, along with the best Premier League odds at Bet India.

Check out Betway’s latest promo to grab a ₹250 free bet from this match!

Some of the best betting sites in India are offering impeccable odds for this exciting affair and cracker of a match. Mentioned below are our top tips for the game with detailed analysis as to why the bets make sense.

Chelsea’s run in the post lockdown era has been highly promising so far. Frank Lampard’s men resumed their Premier League campaign with a 4-0 rout against Everton at home. It was a game that saw the Blues at their finest with 4 different goalscorers finding their name on the sheet. 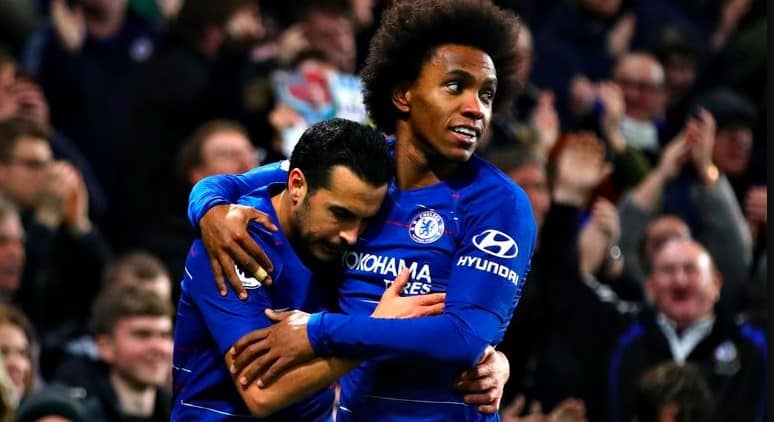 They built on this further with a 2-1 away win over Aston Villa. It was an interesting result, to say the least as Chelsea had to put up quite a fight against the 19th placed side. Nonetheless, they got through and built some momentum for this exciting, crucial encounter.

As for Chelsea’s losses, there have been just 9 this season of which, only 2 have come in 2020.

In terms of talent, there is no dearth of top-quality players in the Chelsea camp. Olivier Giroud, Pedro, and Willian have been in a fine goal-scoring form. However, they will be put to test when they face the Citizens on Thursday. They will be eager to avoid a 6-0 humiliation against City again – something we saw happen in the previous season.

Manchester City are enjoying an impeccable run as usual in the league. Even though the league cup is all practically out of their hands, they have assured themselves of a 2nd place finish. Pep Guardiola continues to carry the side forward with his impressive tactics and a highly talented squad.

Case in point, the visitors restarted their Premier League campaign with a 3-0 win over Arsenal at the Etihad Stadium, where Raheem Sterling and Kevin De Bryune put up a masterclass in football. Then, in their very next game against Burnley, the team took things up a notch as they whitewashed the Clarets with 5-0. In that match, Riyad Mahrez and Phil Foden were the protagonists with 2 goals each.

What’s particularly impressive is City’s ability to perform in the same vein when visiting other teams too. Barring losses against Spurs and United, they have won convincingly against the likes of Aston Villa, Arsenal, Everton, and Leicester in the recent match days.

We can expect City to face some resistance here but it isn’t something that they cannot ultimately navigate.

Where to Bet on Chelsea vs Manchester City

This is going to be a high-octane match that will likely see Manchester City come out on the top. You can catch all the action and bet on the same at any of our mentioned operators below. Be sure to bet on this game as there is a good opportunity here to make a quick buck.