Here comes the best live cricket satta rates for today’s IPL game! Delhi Capitals will look to reach the final of the Indian Premier League 2021 when they take on Kolkata Knight Riders in Qualifier 2.

This match will be played on October 13, Wednesday, at 7:30 pm IST at the Sharjah Cricket Stadium, Sharjah.

Get Delhi Capitals vs Kolkata Knight Riders IPL betting tips for this qualifier game, along with the match predictions, preview, and team news.

Up next, our free cricket betting tips for today’s IPL match between DC vs KKR.

Both teams have enjoyed a terrific campaign in the Indian Premier League this season but for me, Kolkata Knight Riders seem to be a tad bit better. They have come to life in the UAE leg of the tournament and haven’t shied away from the competition at all.

And that is the side I’m going to back in my Delhi Capitals v Kolkata Knight Riders predictions. 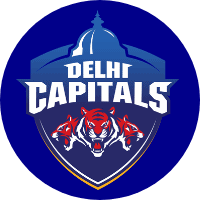 Delhi Capitals finished the IPL 2021 group stage at the top of the table with 20 points, courtesy of an impressive 10 wins and just four losses.

They have excelled in every pitch under varying conditions, reiterating time and again that they are a side capable of going the distance this season. That said, they have lost their last two matches in a row and a sudden shift to Sharjah may just add further to their miseries.

DC played Chennai Super Kings in the first qualifier in Dubai, putting up a decent total of 172 runs. However, they lost the match by 4 wickets, thanks to an end-over cameo by MS Dhoni.

It was a dominant batting display by Delhi with wonderful innings by Prithvi Shaw, Rishabh Pant, and Shimron Hetmyer. They were also doing well with the ball and were cruising to a good win. However, Dhoni, in his quintessential sense, spoiled the party by smashing 18 off 6 in the last two overs.

As we all know, past form doesn’t account for much at these stages in a competition. But if we are to look at Delhi’s form in Sharjah, they have lost one and won one. The victory came over Mumbai Indians when they batted second and chased down a comfortable target of 130 runs.

Coming to the playing XI, we don’t expect DC to make any changes for this fixture.

Kolkata Knight Riders have won their last three matches – two of which were right here in Sharjah. They also happen to be one of the two teams (the other being Royal Challengers Bangalore) to have posted more than 150 runs batting first at the venue and have won all their fixtures here. KKR also boast the highest total here with 171-4 against Rajasthan Royals.

Needless to say, the Riders are in their element and despite the precarious conditions in Sharjah, they have got the necessary ammunition in their arsenal to see the better of it.

Finishing fourth in the league, they need to take the long route to the IPL 2021 final, starting with the Eliminator.

They met Royal Challengers Bangalore on Monday and defeated them by 4 wickets. Bowling first, they restricted the RCB boys to 138-7 with Sunil Narine picking up four wickets.

When they came on to bat, Shubham Gill and Venkatesh Iyer guided the team to a solid start, with Nitish Rana and Narine later contributing toward the end game. Narine also performed with the bat, striking three sixes in Dan Christian’s over.

There were moments when RCB could have staged a comeback but it was just not their day. Eoin Morgan and Shakib al Hasan saw to the win and kept KKR alive in the competition.

As for the starting XI, the only doubt that remains is that of Andre Russell’s fitness. If he isn’t fit to start, then Shakib al Hasan may retain his spot in the team.

The wicket at the Sharjah Cricket Stadium continues to be the one that supports bowlers. Batting hasn’t been easy here but given Kolkata’s familiarity with the surface, they hold a slight advantage.

We are most likely in store for another low-scoring thriller with spinners expected to make an impact once again.

Both teams have won a match each in this fixture this season although, it is the Kolkata Knight Riders who has the last laugh. They met right here in Sharjah in late September and ended up beating Delhi Capitals by three wickets, restricting them to just 127-9 in the first inning. 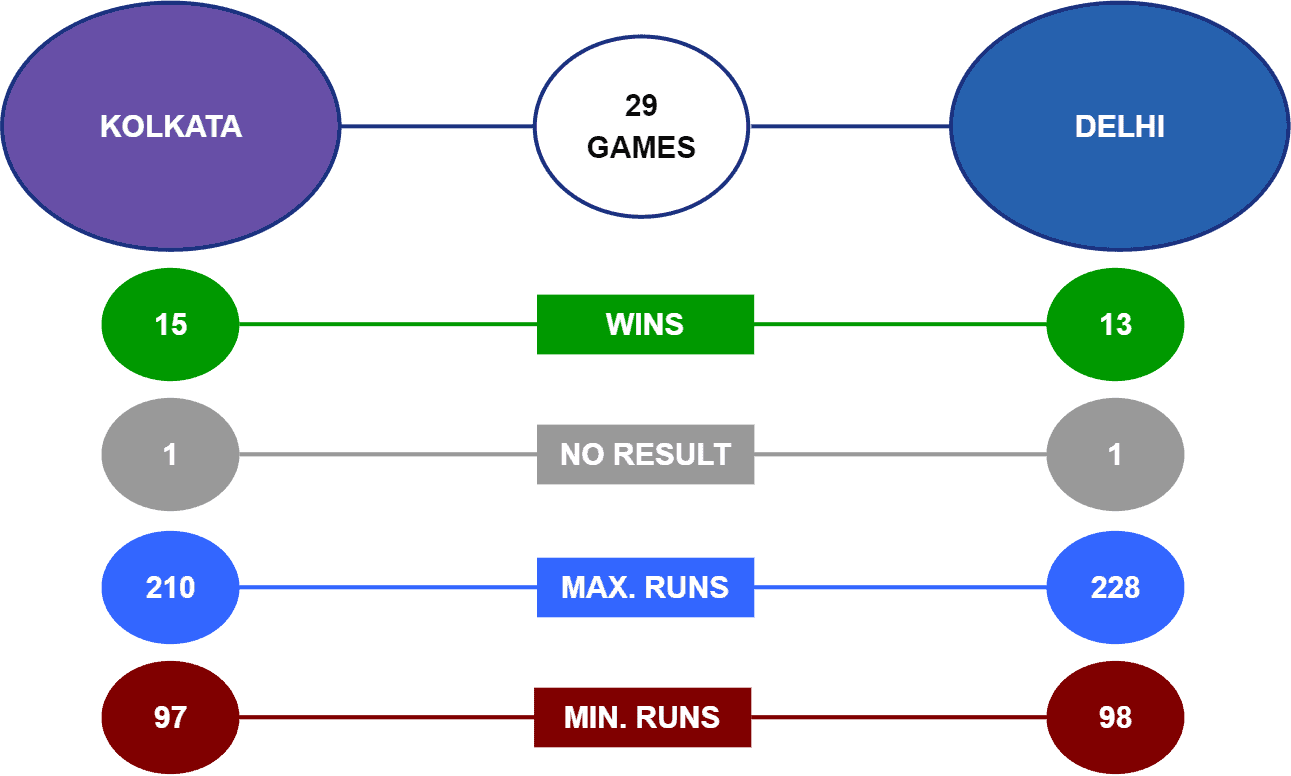 Things are much more evenly matched in the toss department between DC and KKR, as the former trail 14-15. In my Delhi Capitals vs Kolkata Knight Riders predictions and betting tips, I’m going to back Rishabh Pant to win the toss and make it 15-15. 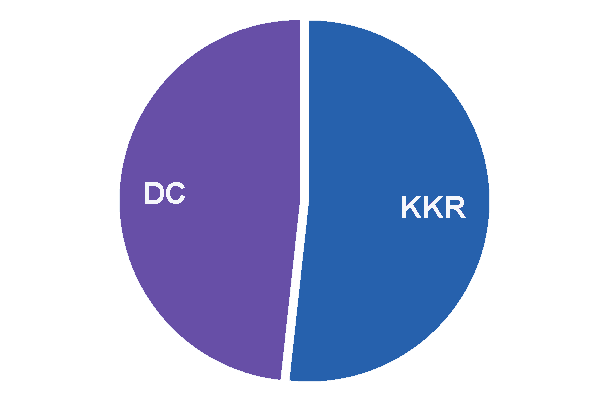 Ever since Kolkata Knight Riders arrived in the UAE, they have been a class apart. They have won six of their eight matches played here and have also maintained a 100% record in Sharjah.

There’s an abundance of talent in all departments, be it bowling or batting. This isn’t to say that Delhi Capitals don’t have it either – by all means, they are quite nicely stacked with an enviable depth.

However, given that this match is in Sharjah, KKR have an obvious edge. They have somehow cracked the code of this surface and have thrived in all their matches here. And if these arguments are not enough, let’s go with the logic of backing an underdog. In their wake, they have left behind the likes of RCB, Mumbai Indians, and Punjab Kings.

They have literally fought their way from the bottom of the table to the top – why not back them to go the distance?

Recommended Bet: Back Venkatesh Iyer to be KKR Top Batsman  @ 5.5 with Betway.

Ever since joining the KKR, Venkatesh Iyer has made an instant impact. So much so that he is likely to stay behind in the UAE after the IPL to join the Indian contingent as a reserve/support player for the T20 World Cup.

His rise to the spotlight has been exponential, impressing with the bat and ball when given the chance. He has already scored 265 runs in 8 innings and doesn’t seem to be done scoring by a long shot.

Sailing high on confidence and momentum, we can expect him to make a mark on Wednesday by tapping into Sharjah’s short boundaries.