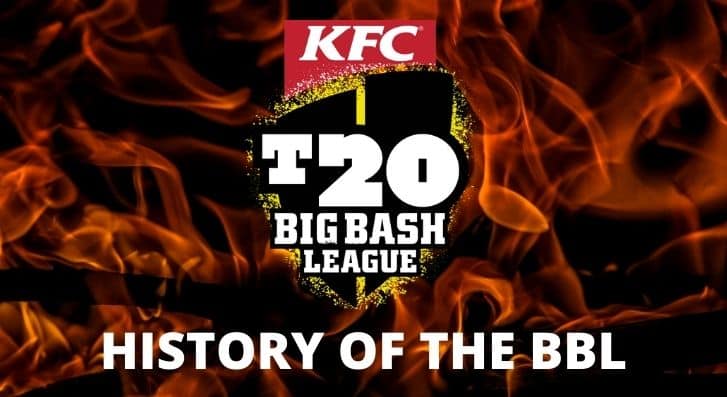 The History of Au...

The Big Bash League has had a colourful and exciting past.

From changing its playoff format to one player’s impressive score of 147 not out – it’s been an interesting few years.

It’s no surprise that betting on the BBL has had its ups and downs too.

So, let’s go through the history of the Big Bash League – one of the best T20 competitions!

The Big Bash League was a rebranding of the KFC Twenty20 Big Bash which had run from 2005 to 2011, as Australia’s domestic T20 competition.

Out went the six teams- one from each Australian state- and in came eight new teams. They were the Adelaide Strikers, Perth Scorchers, Brisbane Heat and Hobart Hurricanes- one from four of the six states- with two cities then having two sides each. Melbourne had the Stars and the Renegades, while Sydney had the Thunder and the Sixers.

The first-ever edition followed a far shorter format than it does now. The eight teams just played everyone else once, the Top 4 in the table qualified for the semis and the winners of that played in the final.

Set 157 to win in the final against the Perth Scorchers, the Sydney Sixers got there with ease thanks to an excellent 70 off 41 from occasional Aussie international Moises Henriques. They got there with seven balls to spare.

Changes to the format

So for example, the Melbourne Stars would play the Melbourne Renegades twice. In 2017-18 the number of matches in the regular season then got increased to 10 and finally in 2018-19, it got expanded again to be made up of 14 matches in a straight double round-robin: you play every other side in the Group Stages twice, home and away. So similar to the Indian Premier League.

It started with eight seasons of semi-finals where the first team played the fourth and the second played the third for a place in the final.

The winner of a game between those two went straight to the final, the loser of that got a second chance to make the final.

The difference between the Big Bash Playoff format and the IPL is that the Big Bash’s fifth-placed team also makes the Play-Offs.

The fourth and fifth-placed team does, however, need to win three matches in a row to make the final: against each other, then against the third-placed team and then (if they make it that far) against the loser of that first game between the Top 2.

The most successful teams

Six of the eight teams have won the Big Bash at least once.

The ones who haven’t are the Melbourne Stars and the Hobart Hurricanes, though both have at least made the final.

The Hurricanes managed it twice and the Stars on three occasions, including the last two editions in 2018-19 and 2019-20.

The most successful team of all are the Perth Scorchers who have won it three times and made a further two finals.

The only other team to have won it more than once are the Sydney Sixers, with two wins and a further two runner-up spots.

Each of the last five editions has produced a different winner – this can make cricket betting predictions for the winner market sort of complex each year.

Not only has Lynn been playing in the Bash from the very beginning but he opens the batting, rarely misses matches on Australia duty and is a huge six-hitter, so tends to score very quickly.

His 146 sixes in the competition area also almost twice as anyone else, with Finch again his closest rival with 83. Lynn has played his whole BBL career at the Brisbane Heat.

Of these only Klinger doesn’t play Big Bash anymore, having retired a couple of years ago.

Someone you may not be too familiar with.

38-year-old Ben Laughin, who worked as a carpenter throughout his whole pro cricket career, only played eight times for Australia: five ODIs and three T20Is.

But rather like with Chris Lynn, his international career and his BBL career are two very different matters.

Laughlin has taken 110 wickets, having played every season, in the process representing the Hurricanes, the Strikers and now the Heat.

There have been six hat-tricks taken in the Big Bash over the years with Perth Scorchers man Andrew Tye the only player to have taken two, first in 2016-17 and then again in 2017-18.

Two bowlers have each, remarkably, taken six wickets in an innings.

They are the great Lasith Malinga who was playing for the Stars against the Scorchers in 2012-13 and New Zealand leg spinner Ish Sodhi, who also took six for the Strikers against the Thunder in 2016-17. 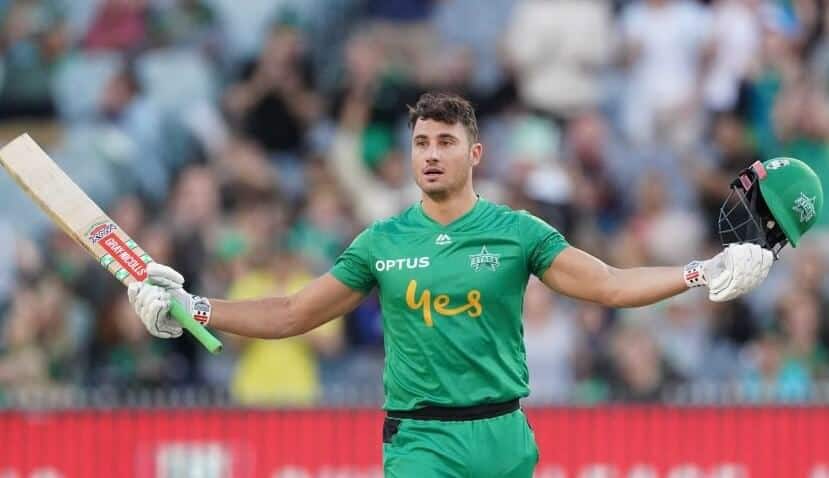 In addition to Australia’ elite players all featuring in the Big Bash at one stage or another, there’s been no shortage of world-class overseas players occupying the two spots allowed per side for non-Australian players.

From the 2020-21 season onwards and to increase the Big Bash’s profile and interest outside Australia, this number was increased to three per team. Each franchise can also have two reserve overseas players who can only feature in case of injury or an international call-up.

The vast majority of the overseas players featuring in the Big Bash in 2020-21 will be English players, a mixture of those having just finished touring South Africa with England and county players not part of the national set-up.

Same eight teams all along

The BBL is one of the very few domestic T20 leagues that has featured the same teams every year. In the IPL the likes of the Deccan Chargers don’t exist anymore, the Delhi Capitals used to be the Delhi Daredevils and the Rajasthan Royals and Chennai Super Kings were both suspended for two years with the Pune Supergiants and Gujarat Lions stepping in for them as new franchises.

The CPL and PSL have also seen changes to the teams making up the league or in some cases, the teams have been rebranded.

There’s been talk for a few years now of the BBL being expanded to nine or ten teams with those extra sides coming from cities who don’t usually host international cricket. Another idea was to introduce one or two teams from neighbouring New Zealand, an innovation supported by former Black Cap captains Stephen Fleming and Dan Vettori.

For the time being expansion has been put on hold regarding more Australian teams being introduced due to their stadiums not having the necessary facilities and concerns over the city’s infrastructures.

Want to bet on the BBL this year?

There are a number of places that you can enjoy online betting during the Big Bash League.

Check out the best ones right here!