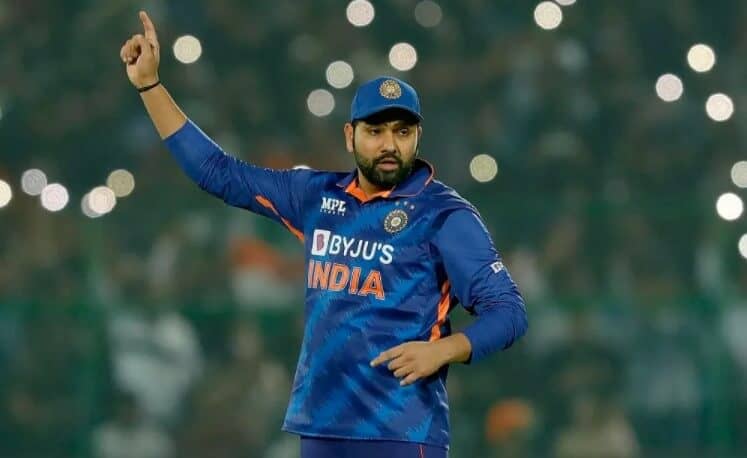 But whereas Rohit Sharma will travel to South Africa eventually, Jadeja needs longer to recover.

Sharma suffered a hamstring injury in training that has ruled him out of the three-match Test series against South Africa, taking place between December 26 and January 15.

Rohit was recently promoted to vice-captain of the Test side instead of Ajinkya Rahane.

This came at the same time as he was also given the ODI captaincy, which was essentially taken away from Virat Kohli.

The BCCI decided that they wanted just the one man to lead in both white-ball formats, so it was Sharma who was given the dual role.

But it’s not a decision that went down particularly well with Kohli, who claims no-one at the BCCI ever suggested that giving up the T20 captaincy may lead to him losing the ODI leadership.

Kohli has also said that no-one at the BCCI tried to get him to change his mind about relinquishing the T20 captaincy, a claim which BCCI President Sourav Ganguly disputes.

Away from all this controversy, it means Sharma will miss the first Test Series he was officially vice-captain for.

But if his rehabilitation goes to plan, he’ll lead the ODI team who has three games to contest in South Africa on January 19 (Paarl),  January 21 (Paarl) and January 23 (Cape Town).

Too soon for Jadeja

Ravindra Jadeja on the other hand, is almost certain to not travel to South Africa at all.

He suffered a knee injury during the home New Zealand Test series, injuring himself in the drawn First Test and missing out on the Second Test, which India won comfortably.

It comes on the back end of an extremely busy year for Jadeja.

It included being part of the side who secured an excellent series win in the Tests in Australia and before that, a three-match T20I Series.

He then also played in a Series win over England in India and was part of the side who was 2-1 up in England when the final match of the Series was called off after a Covid-19 outbreak in the Indian camp.

Either side of the tour to England, Jadeja was also part of the Chennai Super Kings side who won this year’s IPL.

He was an integral part of the side, playing all 16 games and taking 13 wickets at an economy rate of just 7.06.

He also scored 227 runs, including one fifty. He ended up unbeaten on nine occasions which contributed to his outstanding average of 75.

For good measure, he also took 13 catches, the joint-most of anyone in the team alongside skipper MS Dhoni.

He then went on to play in the T20 World Cup, where India were knocked out in the Group Stages.

Who will replace Sharma as opener and vice-captain?

Priyank Panchal, a 31-year old with 24 centuries and 25 fifties from exactly 100 First Class matches is Sharma’s replacement in the Test squad. But he might have to bide his time.

That’s because Sharma’s place at the top of the order in the Test series is likely to be taken by KL Rahul.

Rahul performed well over in England and with Mayank Agarwal fresh from a man-of-the-match performance in the decisive Second Test against New Zealand, he’ll surely play, as well.

That would then mean a middle-order of Chet Pujara, skipper Virat Kohli and Shreyas Iyer.

Keeper Rishabh Pant will then bat at six or seven with the likes of Rahane or Hauma Vihari filling the final spot.

But India will also need to replace Sharma in his role as vice-Test skipper.

It’s unlikely to go to Rahane, who was recently demoted.

So it will probably be one of KL Rahul or Rishab Pant, with India generally preferring batsmen rather than bowlers in leadership roles.

Ashwin surely in for Jadeja

As for Jadeja, you could argue that’s irreplaceable, given his skillset.

He’s recently been batting at six on occasion, gets through a lot of overs with the ball and is the team’s best fielder by some distance. For many, he’s the world’s best fielder, full stop.

Then again, it’s very rare that teams field two spinners in South Africa. That should mean that unlike what happened in England, Ravi Ashwin should feature in all three Tests.

During the Test series in England, Ashwin was famously left out despite being ranked Number 2 on the ICC’s Test match bowlers standings.

Despite these two absences and the fact that India have never won a Test series in South Africa, they’re strong favourites at 1.9 with Betway to win the First Test.

The First Test will start on December 26 at Centurion.