We’re at Abu Dhabi for the very first time of this edition of the 2021 Indian Premier League and there’s plenty of IPL betting tips to come! This match will be played on 23 September, with a start time of 7:30 pm IST.

If you like online cricket betting on Indian websites, read on because we have the best Mumbai Indians v Kolkata Knight Riders betting tips coming up next.

Up next, our free cricket betting predictions for today’s IPL match! I believe Mumbai will win this and when I tell you what their head-to-head record is in this fixture over the years, hopefully, you’ll see why I say that!

There’s also a good tip on an in-form spinner to be the top bowler for his side.

Mumbai Indians will be very disappointed by the way they let that game against CSK get away from them on Sunday.

They started brilliantly, dismissing du Plessis, Ali and Rayudu all for ducks and putting the Super Kings under the utmost pressure.

But the man they didn’t dismiss was Ruturaj Gaikwad. They let him grow in confidence and by the time he’d scored 88 not out, CSK had a good score on the board.

Only Saurabh Tiwary really got going in scoring an unlikely 50 in reply but no-one else hung around, and they ended up losing by 20 runs.

True that CSK are arguably the best side in the competition this year but this defeat puts them under a bit of pressure. Another slip-up and they’ll find themselves outside the Playoff places, while they’re normally used to being in the Top 2.

Kieron Pollard captained the side last time in the absence of Rohit Sharma, who was out with a slight niggle.

How they could have done with mature innings from Sharma at the top of the order last Sunday.

Defeat against RCB would have just about spelt the end of the road for KKR but not only did they win, they won very comfortably indeed.

It was important for three reasons: the points on the board that make them believe, the vast improvement in their net run rate and the belief that it will give them going forward.

They dismissed a side containing Kohli, Maxwell, Padikkal and de Villiers for less than 100 and then made light work of a simple chase.

With the ball it was Varun Chakravarthy and Andre Russell who did most of the damage.

They each took three wickets with an excellent economy rate; Lockie Ferguson took two, also with an eye-catching economy rate.

And yes, it was a very small total they had to chase but KKR will still be happy about how easy Shubman Gill and Venkatesh Iyer made it look.

A win here and they really will be back in it.

KKR will be pleased about playing in Abu Dhabi once again, seeing as it was here that they put in that near-perfect performance against RCB.

KKR did bowl beautifully but RCB batsmen were guilty of throwing their wicket away on plenty of occasions.

So it’s hard to know what a par score might be but both sides would probably want to have a target to go for, so both are likely to want to chase.

You could forgive Kolkata for going into this one without any confidence at all. 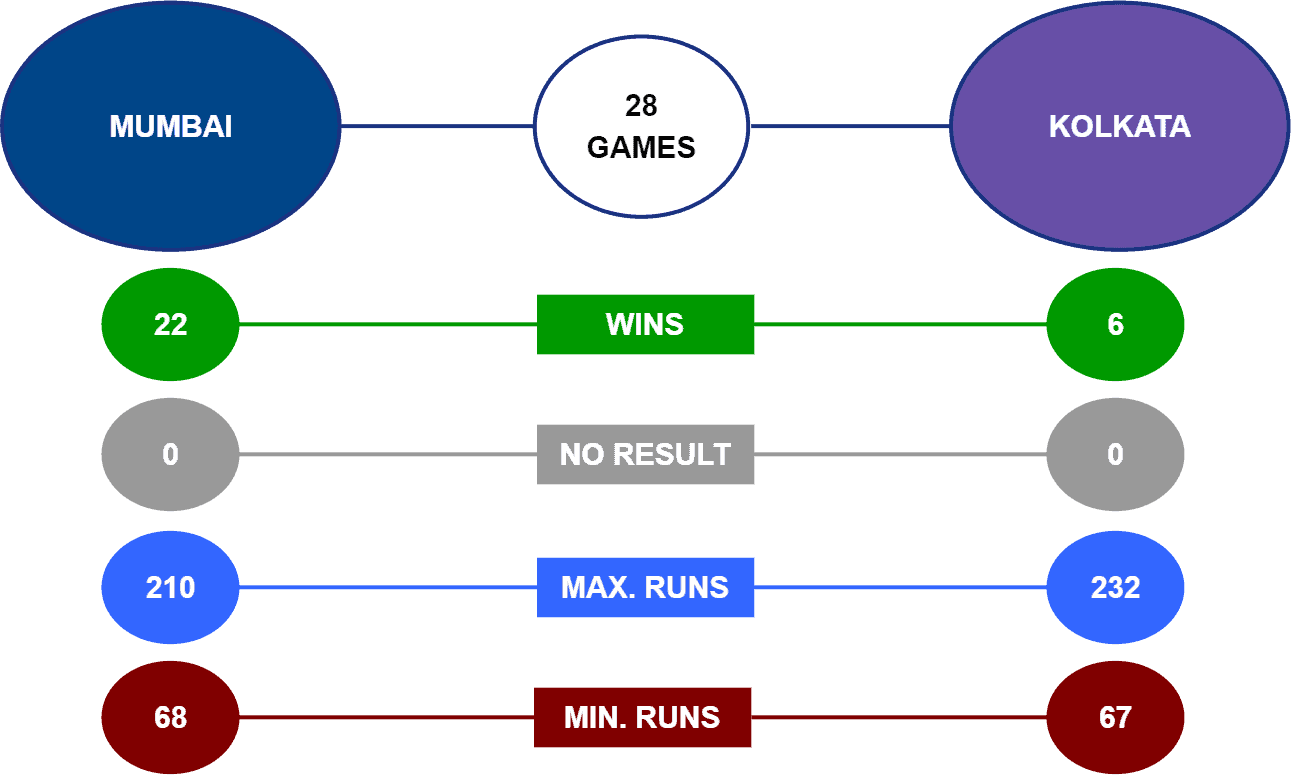 Mumbai are just about ahead over the years. And Rohit Sharma generally has a good record at the toss so I’m going with MI to win the toss.

Recommended Bet: Back Mumbai Indians to win @ 1.76 with Pure Win

It does to me. Yes, KKR are fresh from an excellent win against RCB but one swallow doesn’t make a summer.

And Mumbai do admittedly look a fair bit weaker than they have done over the past couple of years. But they’ll remember how well they did last year over here in the UAE and should really make the playoffs one way, or another.

It would be no surprise if this match and a win here was to be the start of a really good run.

Besides, the only difference between winning and losing that game against CSK was the brilliant batting of Gaikwad. Had they got him out for say 50 and they would surely have won.

So Mumbai it is.

Recommended Bet: Back Rahul Chahar to be Mumbai Top Bowler @ 4.0 with 10 CRIC

It was Bumrah, Milne and Boult who did the damage against CSK with the ball. Each of them took two wickets, though the top bowler market was actually won by Milne.

That’s because his two wickets cost just 21 runs; Bumrah’s cost 33 and Boult’s 35. It’s worth reading our top bowler betting guide for an explanation of how this market works, complete with tips on how to look for good value on it.

On the day, Rahul Chahar didn’t take any wickets at all but the fact that he only went for 22 runs off four overs shows you just how well he bowled. And he’s still Mumbai’s top-wicket taker this season, with 11.

Given how well fellow spinner Chakravarthy bowled here in Abu Dhabi the other day and there’s a good chance that Chahar could enjoy himself to the same extent.