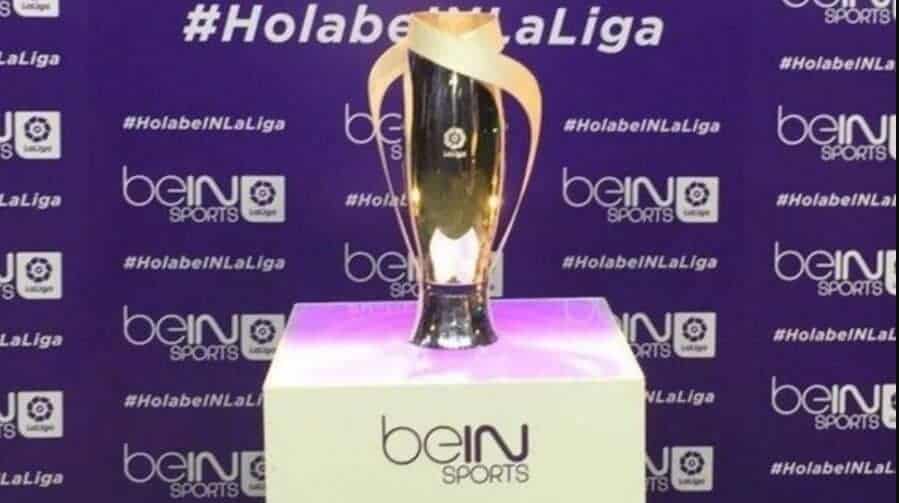 Three months later and here we are again, preparing to watch the likes of Lionel Messi, Eden Hazard and Diego Costa strutting their stuff over in La Liga.

It’s almost time for the glorious return of La Liga and with it, La Liga betting floodgates are open again!

We are about to tell you what the top of the table looks like, why Real Madrid’s home games aren’t exactly that and how Diego Simeone has to manage his resources carefully between now and the end of the season.

Where to bet on La Liga

Ok, so if you’re not in need of a refresher, you can jump straight into the top betting sites reviewed by us that are offering serious odds on the league.

It should be plain sailing for Barcelona, who are at relegation-threatened Mallorca on Saturday.

10CRIC make it 1.3 that they’ll return to action with a win
Betway make it 2.25 they do so without conceding.

They’re at home to Eibar on Sunday but it’s not quite home. Rather than playing at the intimidating Santiago Bernabeu, they’ll play all their remaining matches from now till the end of the season at Valdebebas, their training ground.

Without the intimidation factor and crowd factor, a trip to Real won’t be the stuff of nightmares that it normally is.

Real are just 1.25 with Betway to win and Benzema is 4.0 with the same betting company to return to duty in style and score two or more goals in the game.

Perhaps the most intriguing match of the round though is Athletic Bilbao v Atletico Madrid.

The visitors are slight favourites, but their away record hasn’t been great all season and if it is too close to call, there’s nothing wrong with taking the decent odds out there for the game to be a draw.

10CRIC is offering odds of 2.0 that the match ends a draw.

A refresher on where things left off

Ok, so you know what the best bets are for the weekend, but let’s jump into a quick recap just so you’re up to speed on why these are worth putting money down on.

Big two go at it

Similar to the Portuguese Superliga, the Spanish La Liga promises to be a tight race between the country’s two biggest clubs, Barcelona and Real Madrid.

At the moment it is Barcelona in pole position. They let Real peg them back when they lost at the Bernabeu just before the enforced break, otherwise, the race would have pretty much been over there and then.

But in addition to their priceless two-point lead, Barca also have the best-balanced side of any in the league.

Crucially, they can count on the now fit again Luis Suarez. The veteran Uruguayan would probably have missed the rest of the season if it had carried on as usual but with the three-month delay, Suarez has had plenty of time to get himself ready to play.

With Suarez it is not just about what he personally does, it is more about what he does for Lionel Messi. The little magician loves playing alongside the tricky, pacy former Liverpool man and its also a big boost to their Champions League hopes that he is back and raring to go.

It promises to be a fight until the bitter end.

It’s not just at the very top that things are tight.

The third and sixth place are separated by just two points with Sevilla (47 points), Real Sociedad (46), Getafe (46) and Atletico Madrid (45) all eyeing up those two remaining Champions League spots.

Sociedad have done remarkably well to have stayed in touch this long, but they have a nightmare fixture list from now on, facing four of the five sides (other than themselves) who are currently in the Top 6.

Getafe, on the other hand, have a far easier fixture list but then again, have fewer resources in terms of players. But in Jose Bordalas they have an excellent manager and he could be the differentiating factor himself.

The favourites for a Champions League place outside the Big Two are Sevilla, who have played some entertaining attacking football all season while being able to rely on lots of different players for goals. To illustrate the point, 15 different players have scored for them in the league.

They have by far the best squad of the lot and arguably the canniest manager in Diego Simeone. But they also have the huge distraction of still being in the Champions League. After that brilliant win over Liverpool in the previous round, this is a great chance to go on and win the trophy that they crave so much. So Simeone will have to balance his resources across the two competitions.

Too late for Espanyol

At the other end of the table, Espanyol look to have left themselves with too much work to do.

They’re on just 20 points and therefore six off safety. It’s likely to be a tussle between Leganes, Mallorca, Celta Vigo and Eibar with two of those staying clear of the drop and the other two having to accept they’ll be playing in the Segunda Liga next season.

Half the world learnt during the Corona induced lockdown that Joe Exotic is the Tiger King.

If you guessed Messi, you guessed right. He’s currently on 19 goals and only Karim Benzema of Real Madrid on 14, has any real chance of catching up with him.

For good measure, Messi also has 12 assists to his name, just proving the point that this man is meant to be past his peak, but the numbers suggest he’s still the most dangerous attacking player on the planet.

Betting on La Liga this weekend

Come back later on in the week for some La Liga betting previews packed with stats, expert insight and some great tips!