The game will be played at King Power Stadium in Leicester and will start at 3:00 pm local time (7:30 pm IST) on Saturday, September 11.

Both sides are heading in this match with six points from three matches although, it is the City who find themselves a bit above with a superior goal difference.

The Foxes have the advantage of playing at home where they have proven to be a difficult side to win against.

All in all, this is a good encounter but I’m going to back a win for Manchester City here.

Brendan Rodgers’ Leicester City kickstarted their football season with a 1-0 win over Manchester City in the Community Shield. So while they have a bit of history on their side, it may be a bit tricky for them to emulate the same performance once again.

Since then, the Foxes have picked up two wins in three matches in the Premier League – a 1-0 success over Wolverhampton Wanderers and a 2-1 win over Norwich City right before the international break.

But a 4-1 surprise loss to West Ham between the two matches may be a cause for concern for Leicester City – Ayoze Perez got a red card in the 40th minute and from that point on, it was a downhill journey for the visitors that landed them to the ninth position in the table.

Leicester have got a busy few weeks ahead of them – the game against City will be followed by the Europa League contest with Napoli, a league tie against Brighton, and the EFL Cup fixture against Millwall on the 22nd. Rodgers will have to rotate his squad carefully to ensure they don’t drop that many points in their upcoming campaigns.

As for injuries, Leicester may have a depleted backline that may prove to be a boon for City’s strikers.

Manchester City have bounced back in style following that 1-0 loss to Tottenham Hotspur in the opening match of the EPL season.

With back to back home wins against Norwich City and Arsenal – both with 5-0, Pep Guardiola will certainly fancy his team’s chances of keeping up that momentum and resuming the campaign on a winning note.

The assuring sign here is the fact that the 10 goals from the last two games have come from the boots of multiple players – Ferran Torres, Rodri, Gabriel Jesus, Jack Grealish, Raheem Sterling, Riyad Mahrez, and others. A team where the forwards and midfielders are firing on all cylinders is a nightmare to face for any manager, let alone Leicester.

City have no injury concerns as such either; Kevin De Bruyne used the international break to further recover and may start for the Citizens soon.

Like Leicester, Manchester City have a busy few matchdays ahead of them. They meet RB Leipzig in the Champions League midweek, followed by the domestic games against Southampton, Wycombe (EFL) and Chelsea.

The two teams have met 123 times and Manchester City, not so surprisingly, lead 62-32 with 29 matches ending in a draw.

Leicester have won two of their last three encounters – including a 5-2 rout at the Etihad Stadium last season in September.

The home leg of that fixture was won by City with 2-0. 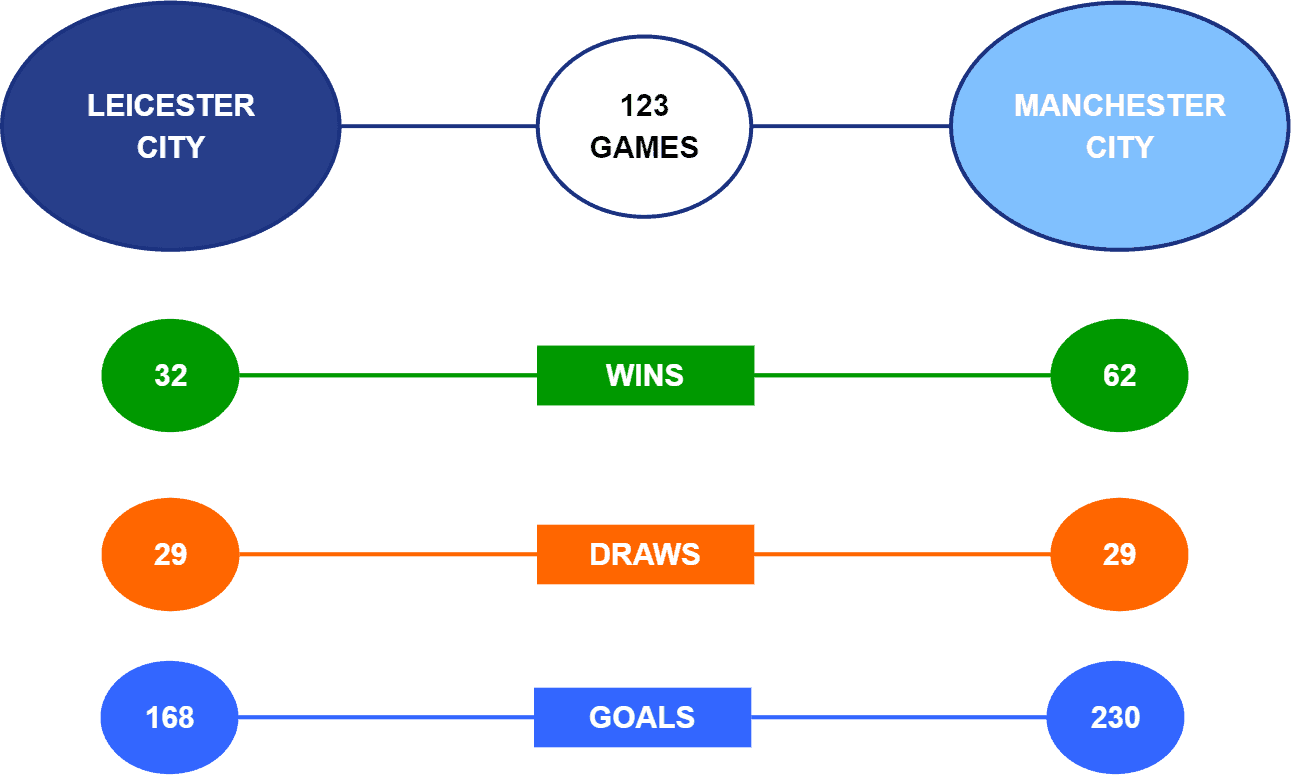 Recommended Bet: Back Manchester City to win @ 1.63 with 10CRIC

Even though Manchester City couldn’t sign Harry Kane this summer, their squad, like for like, still remains superior to that of the Foxes’. That isn’t to say that Leicester can’t beat the visitors – after all, this is a top-flight team that can beat any side in the league.

But looking at the recent form of the two sides, I can’t help but back a win for Manchester. They have been solid in all departments thus far and are looking quite good defensively too.

And then there is also the head to head record between the two managers – Pep Guardiola and Brendan Rodgers. In the eight times the two have met as managers, the Spaniard has won six times and drew just twice.

No matter how I look at it, this is a match that should end in a win for City.

Jack Grealish to be anytime goalscorer

Recommended Bet: Grealish to be anytime goalscorer @3.25  with Betway

A goal in the first match against Norwich and an assist in the second – Jack Grealish is starting to gel well in the team and living up to expectations Guardiola has of him.

The forward also featured for England in the World Cup qualifiers against Poland and Hungary although, he didn’t score a goal there.

But seeing that he is thriving and is getting sufficient playing time, he certainly makes for an appealing bet to score anytime against Leicester on Saturday.

Both sides have seen over 2.5 goals in their last couple of matches – given the attacking prowess of the two (especially City’s) and Leicester’s slightly shaky defence, it wouldn’t be a stretch to imagine another such outcome.