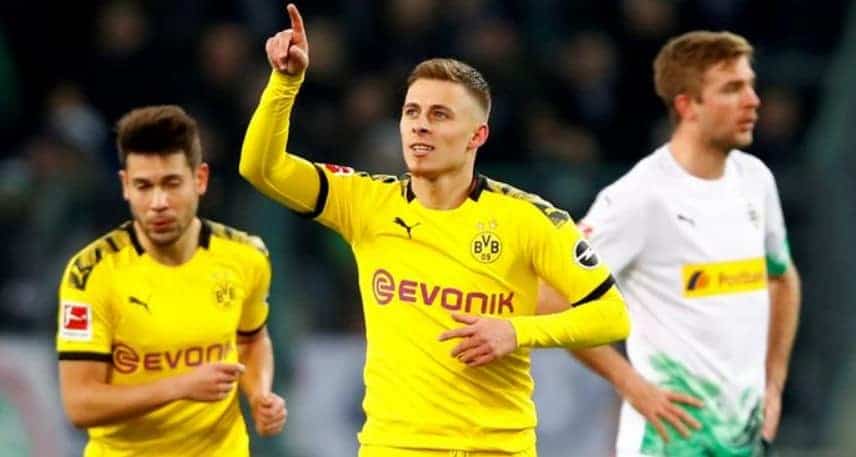 Paris Saint-Germain will face Borussia Dortmund in the second leg of the 2020 Champions League Round of 16. Le Parisians will host the German side on Wednesday, March 11 at the Les Parc des Princes behind closed doors. Get PSG vs. Borussia Dortmund football betting tips with the latest odds, predictions, and preview right here at Bet India.

The first match was a closely-contested one with Dortmund taking the victory narrowly. However, that came at the expense of a crucial away goal for PSG. It definitely makes the job of the hosts a lot easier here – they just need 1 goal to win, theoretically. But this being a massive Champions League match with both the teams in a fine form, anything can happen here. Expect a few goals with Dortmund likely to take the cake.

Things are pretty much on auto-pilot for Paris Saint-Germain at the moment. They are at the top of the Ligue 1 with 68 points – a 12-point cushion over the 2nd placed Marseille. They have lost just 1 match this entire year while drawing only 2. With a win-rate as impressive as this, the hosts are well on their way to win the league, as well as pick up a few domestic trophies.

With their Champions League loss to Dortmund being their sole defeat of the year, PSG have always performed superbly on other occasions. Since that loss, the Paris side has played 3 matches, scoring 13 goals in total. Most recently, they thrashed Lyon by 5-1, which was preceded by a 4-0 whitewash over Dijon.

Their record at home is particularly more impressive with a bunch of goals scored in every match. They have lost just one match in their last 14 encounters at home. However, this advantage may essentially be void at this point, with the match set to be played in an empty stadium. It will be interesting to see if Le Parisians are deterred by this, especially when they will be playing under pressure.

Neymar’s superb form will come in handy for this match. However, he may have to do without Kylian Mbappe, who may not be fit for this game. Thomas Tuchel is also without Marco Verratti and Thomas Meunier for this crucial tie.

Borussia Dortmund themselves are enjoying a fantastic run of their own. Powered by a 5 match winning streak and a slender goal advantage, they will be visiting Paris with the utmost confidence to seal the tie. Even though they are at the 2nd place in the Bundesliga, they are just 4 points behind the leaders Bayern Munich.

Their recent exploits include a 2-1 win over Borussia M’Gladbach and a couple of similar wins against Freiburg and Werder Bremen.  As for their last defeat, it came in early February against Bayer Leverkusen with 4-3. However, when we look at their travels, things aren’t this grand. With a success rate of 50% in their last 10 games across all formats, it may be fair to assume that they are not so strong when playing on others’ turf.

That said, given the empty stadium, the lads from Germany may be more at ease and comfortable with the ball. They clearly have what it takes to perform at this level, given their history in the competition.

Given Erling Haaland’s contribution in the first leg of the fixture, expect the wunderkind to continue his magic in this game too. In the back, the likes of Hummels and Piszczek should hold the fort to keep the threatening PSG attack at bay. Jadon Sancho will also need to put up a solid display.

Where to bet on PSG vs. Borussia Dortmund

The two teams are in a brilliant form right now, making this a highly entertaining match. Expect both the sides score with the odds in the favour of Dortmund. However, PSG has a bunch of star players who can single-handedly turn the game around in minutes. The best bet to make here is the one that covers goal scoring markets.