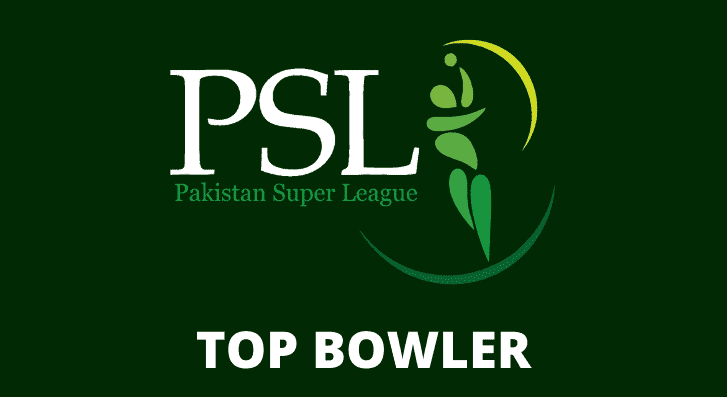 The sixth edition of the Pakistan Super League is upon us, with the tournament set to start on February 20. Karachi Kings are the defending champions and they already have their task cut out for them. Other franchises in the league have bolstered their squads with some excellent batsmen and bowlers. Here, you’ll find the best live cricket satta rates for the PSL top bowler!

Also, read our top batsmen predictions for the PSL 2021.

Clearly, there is plenty of talent – domestic and international – heading into this tournament. With that in mind, we have prepared these PSL betting tips on top bowler predictions for the PSL 2021.

The favourites to win PSL top bowler are:

Let’s have a look at each of these bowlers individually below!

It is quite unlikely to have a top bowler list and not have Rashid Khan anywhere in it. The 22-year-old Afghan has established himself as one of the best bowlers in the T20 format. Case in point, he is currently No. 1 in the ICC T20I Bowling Rankings.

Khan has plied his trade for several T20 leagues like the Big Bash League, Indian Premier League, and the Caribbean Premier League. Playing for the likes of Sunrisers Hyderabad and Adelaide Strikers, Rashid has racked up plenty of wickets during his brilliant, fresh career so far.

Most recently, he represented Afghanistan against Ireland in a 3-match ODI series in late January. In the last ODI, Khan recorded 4/29 with the ball and 48 with the bat.

In the Pakistan Super League 2021, Rashid Khan will be playing for Lahore Qalandars, bowling side by side with Shaheen Afridi – last year’s leading wicket-taker in the league.

With plenty of playing experience and incredible talent, Khan leads the race on paper to become the top PSL bowler this season.

Afridi took 17 wickets in 12 games last season in the PSL, at an economy rate of 7.11. While such figures are simply brilliant for the T20 format, they, in fact, also speak about the kind of talent this youngster is carrying. It definitely comes as no surprise to see the Qalandars retain Afridi ahead of the PSL 2021.

At 6 feet 6 inches, the 20-year-old already has a discernible height advantage which is only enhanced by his left-arm fast bowling and excellent fielding. The youngster is already representing Pakistan in the international matches, with his last stint coming against South Africa.

Shaheen Afridi featured in 2 Tests and 3 T20Is against the Proteas. He was more impressive in the former while in the T20 games, he couldn’t make that big of an impact.

Nonetheless, Afridi is packing raw, pure skills and can be dangerous to opposing batsmen. He is also the top-ranking Pakistani bowler in ICC’s Bowling Rankings for this format.

Another youngster who makes the cut in our list of top bowler predictions for the PSL 2021 is Mujeeb Ur Rahman. Hailing from Afghanistan, Rahman is No. 3 in the ICC’s T20I Bowler Rankings and the second Afghan bowler to feature in the top 10.

Just 19 years old, Rahman has been keeping himself busy with constant practice and matches. Recently, he played in the Big Bash League for Brisbane Heat and followed it with a good performance in the Afghanistan-Ireland Series.

Then, he participated in the T10 Super League, playing for Bangla Tiger.

Clearly, Rahman is a determined and hard-working player with an impeccable ability to bowl leg-spin and off-spin. He may not have the experience but the teenager makes up for it with his dedication, perseverance, and grit.

Of course, we want to look beyond just the favourites – betting on them doesn’t always cut it after all! So, let’s have a look at the best outsiders to win the PSL top bowler award for 2021! Below, we’ll look into the following players:

Let’s jump straight into analysing why they could win PSL top bowler!

Sohail Tanvir is among the most experienced Pakistani bowlers. The 36-year-old has spent the better part of last decade playing in a myriad of global T20 leagues like the CPL and the Bangladesh Premier League.

Representing Multan Sultans in the Pakistan Super League 2021, Tanvir will be looking to better his performance from last season. He finished the tournament with 14 wickets, putting him in the third position in the most wickets race.

He will be heading into this tourmanet on the back of a lacklustre run in the T10 Super League, where he took just six wickets in all of his appearances. That said, Tanvir is definitely more experienced than a majority of bowlers in the PSL right now.

However, he lacks the ability to perform consistently and that is something that you will need to keep an eye out for.

The South African pacer makes the list solely owing to his incredible pedigree and records. A player that needs no introduction, he has been a part of every known T20 league in the world, including the Indian Premier League.

Last season, Steyn played for Islamabad United but didn’t make that big of an impact. For the upcoming season, he has been picked up by the Quetta Gladiators. He finds himself in the ranks of Chris Gayle, Ben Cutting, and Mohammad Hasnain.

He last played for Kandy Tuskers in the Lanka Premier League where his performance was less than eventful. Despite this, he still poses a definite threat and remains one of the most sought-after bowlers in the T20 format.

Other bowlers who are worth following in the Pakistan Super League 2021 are Mohammad Hasnain and Mohammad Nawaz. Nawaz had a particularly good run in the series against South Africa while Hasnain was among the top bowlers in the PSL last year.

Wahab Riaz of Peshawar Zalmi is another bowler capable of delivering some stunning results. He is Pakistan’s second-highest wicket-taker in World Cup and has seen his fair share of cricket over his 12+ years as a cricket.

Similarly, Usman Qadir of Multan Sultans is also a good bowler to place your bets on. The 27-year-old has an economy rate of under 8.00 and is known for his trick leg-spin. He was also more or less consistent with the ball against South Africa.