Who will win the Pakistan Super League 2022? (Betting Tips Included!) 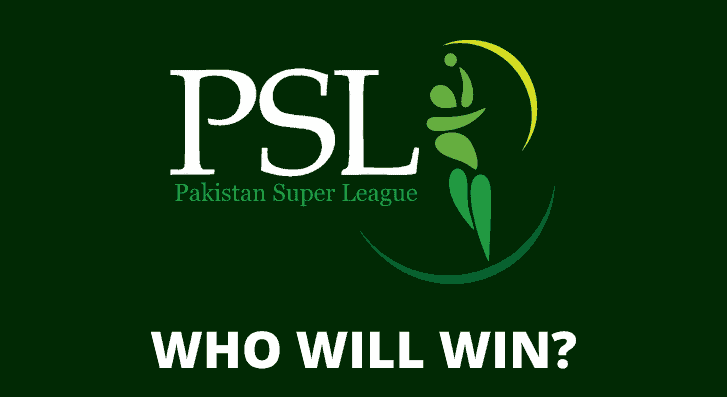 The Pakistan Premier League is back on its usual schedule after a few Covid-19 ravaged years! It looks like it could be a red-hot edition of the tournament this year – with every team fancying their chances making PSL betting 2022 a real treat! It’s tricky to pick a winner – but I’ll give it my best shot!

I have been looking at the online cricket satta bazar ahead of the start of the tournament to find you the best value in the PSL winner market!

I have some large shoes to fill – my colleague James picked the Multan Sultans last year to win the PSL, despite them being the underdogs before a ball was bowled. If you followed him in, you would have cashed in on a juicy 6.5 price!

I vow not to be outshone, so I have gone to great lengths and compiled some of my own PSL outright winner markets!

Karachi Kings to win the PSL

I am not as brave as my fellow predictor-extraordinaire, which is why I’m backing the favourites – the Karachi Kings – to get the job done.

They have a squad brimming with experience – you only have to look towards the likes of Babar Azam, Chris Jordan, and Mohammad Nabi to realise there are some valuable years under the bonnet.

They underperformed last year – finishing fourth in the standing and fourth overall – winning just five of their games in the regular season.

There are some proud performers on that side – one of them being Babar Azam, who top-scored in the entire competition last year with 554 runs – 54 runs ahead of his nearest challenger.

I think they are favourites for a reason, which is why I can’t help but pick them to be my PSL winner for the 2021 season.

STAR MAN: Babar Azam is unquestionably the pick of the Kings’ batting roster – he has top-scored in the tournament for two seasons in a row. I wouldn’t bet against him making it three out of three.

KEY MAN: Chris Jordan is a canny hand at the back end of an innings – he knows where to bowl and invariably gets his just desserts with a wicket or two. He is a handy weapon to the Kings’ arsenal.

Islamabad United to win the PSL

In Faheem Ashraf, they have one of the most consistent fast bowlers in the competition’s history. He has taken more PSL wickets than any other player and boasts the best fast bowling average.

Look to the top of the batting roster, and Alex Hales is a phenomenal option for the championship hopefuls. Hales has shown glimpses of what he can do in this season’s BBL for the Sydney Thunder – most notably a jaw-dropping 80 not out from just 56 balls against the Hobart Hurricanes.

He and Asif Ali form a formidable opening partnership – if they get off to a good start, they can be hard to reel in.

STAR MAN: Alex Hales is an experienced campaigner in the Twenty20 format these days, and comes into this competition off the back of a scintillating stint with the Sydney Thunder in the BBL. He is a potent weapon to have.

KEY MAN: Shadab Khan. He led his side superbly last season to prove a few doubters wrong – the year before they had finished rock bottom. Similar strong displays will make Islamabad United hard to beat.

The best Pakistan players will be in action throughout the PSL due to a decision by the Pakistan Cricket Board (PCB) to ensure there are no international matches involving their team throughout the tournament. They follow a similar blueprint to the Indian Premier League in that respect.

Let’s get to the team-by-team breakdown to try and uncover some more value PSL betting opportunities. Also, for a refresher on the PSL, here’s a reminder of the competition’s format and history.

Lahore Qalandars – Sore to be Lahore

It hurts to be a Lahore Qalandars fan – in six attempts, they are yet to lift the PSL title – although they did manage a runner-up spot in 2020.

Before that season, though, they had finished last in every campaign. It returned to the norm in 2021 – with the Qalandars finishing a disappointing fifth after missing out on a spot in the finals due to Net Run Rate (NRR).

Do they have what it takes to launch a serious title challenge? I’m not so sure.

Despite their record, many PSL cricket betting sites have them joint second favourites. My tip is to steer clear of the price.

Looking through the Peshawar Zalmi line-up is like taking a trip down memory lane!

The likes of Shoaib Malik, Kamran Akmal, and Wahab Riaz have enough experience combined to guide their team through choppy waters.

They finished runner-up last year after sneaking through to the play-offs on a healthy NRR.

I do not think they will trouble the scorers in the finals this time around! There isn’t enough depth to their batting or bowling departments.

The monkey is off their back! The Multan Sultans won the tournament for the first time last year – and although it is tough to argue they deserved it throughout the whole campaign, you cannot begrudge them victory.

Will they defend it? I’m not so sure! They will need to tap into their incredible leg-spin resources to stand a chance – Imran Tahir and Usman Qadir have the tools to suffocate opposing batters.

The appointment of Ottis Gibson as an assistant and fast bowling coach is a wise one – perhaps he can make the impact to help them defend their trophy.

How times change for the Gladiators! After making three finals in the first five years of this tournament, winning it once in 2019, the Gladiators have endured two miserable campaigns.

They are the outsiders for the title – but is there more to them than meets the recent eye? The likes of Jason Roy, Mohammad Hasnain, and Pakistan legend Shahid Afridi may have a say!