Tottenham Hotspur find themselves in their second consecutive London Derby this weekend in the English Premier League – this time against the city heavyweights Chelsea.

The game will be played at Tottenham Hotspur Stadium in London and will start at 5:30 pm local time (10:00 pm IST) on Sunday, September 19.

Spurs have the advantage of playing at home but an injury-hit squad may not generate the results they want. They have also dropped points in their last couple of matches and may not be at their 100%.

Meanwhile, Chelsea maintain their perfect start to the season as Thomas Tuchel looks to stay at the top of the EPL table with a full-strength squad and in-form players.

I’m going to call a win for Chelsea here.

Visiting the Eagles at Selhurst Park, Nuno Espirito Santo’s men were beaten 3-0 while Japhet Tanganga also picked up a red card. As a result, Tottenham have dropped to seventh place in the table.

That defeat was followed by a 2-2 draw in the Europa Conference League against the French powerhouses Rennes on Thursday evening. Spurs were given an early lead – courtesy of an own goal by Rennes’ Loic Bade but the hosts fought back to take control of the match. Pierre-Emile Hojbjerg scored the equaliser in the 76th minute and ensured that the team walks away with at least a point.

Within 72 hours of that trip to France, they must prepare to host Chelsea. It will be a challenge for Santo, seeing that he will have to make do without the services of Tanganga, Steven Bergwijn, Lucas Moura, and possibly the Korean talisman Son Heung-Min.

Chelsea are heading into this fixture after a successful start to their title defence in the Champions League. Even though it wasn’t the kind of power-packed performance you would expect from the Blues, the 1-0 win over Zenit St. Petersburg was just enough to get the job done. Romelu Lukaku scored the only goal of the game.

That mid-week victory was preceded by a 3-0 thumping of Aston Villa in the Premier League; Lukaku, as expected, scored a handsome brace while Mateo Kovacic also added his name to the goal sheet.

Lukaku has been thriving at Chelsea and looks all but set to build on his rampant form. Owing to his exploits in large part, the Blues sit at second place in the table with 10 points from the four played.

The coming days will be demanding ones for Tuchel as he soon faces Manchester City and Juventus, followed by a weekend clash with Southampton. That said, his players are in fine form and he has no injury concerns as such – thus giving the German enough opportunities to rotate.

N’Golo Kante is in contention to start following his recovery while Christian Pulisic continues to recover. Reece James also returns from the ban and Kai Havertz may find himself in the starting XI. 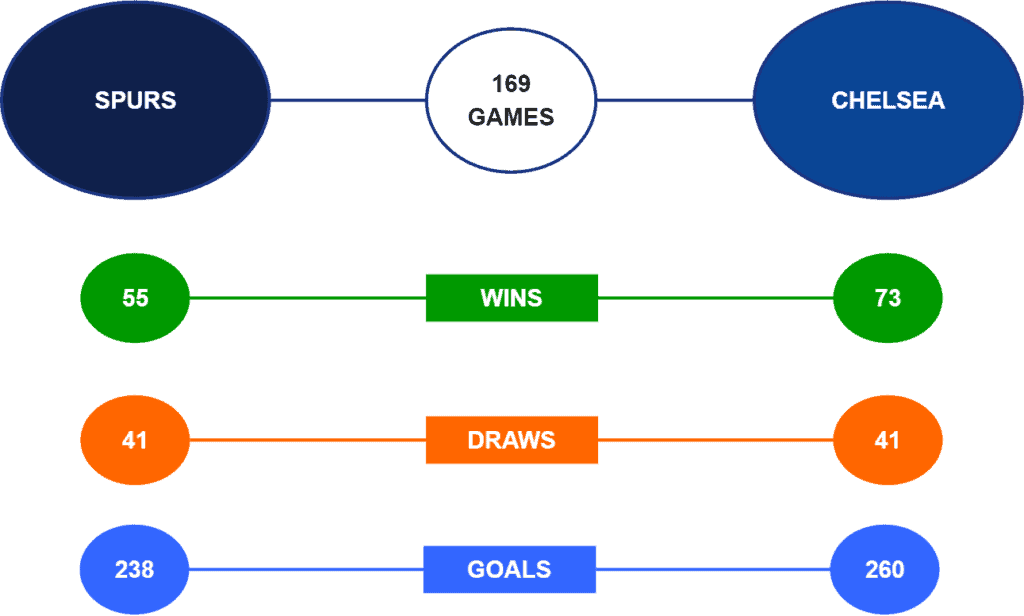 Chelsea have more or less established themselves as the team to beat this season in the English Premier League. With Romelu Lukaku by their side and an already strengthened defensive backline, they have got everything they need to go the distance in England and possibly, Europe.

But looking purely at this fixture, Chelsea obviously have the upper hand. Tottenham Hotspur are struggling with injuries and the absence of their key performers. Plus, Harry Kane is clearly not at his best either (whereas his Belgian counterpart is absolutely smashing it at the Stamford Bridge).

Expect Chelsea to maintain their superb start in the Premier League.

Kai Havertz to be anytime goalscorer

Recommended Bet: Havertz to be anytime goalscorer @3.15  with Casumo

Ordinarily, I would have gone with Romelu Lukaku to be anytime goalscorer but every now and then, even the best strikers find it difficult to score. Seeing that the Belgian has been scoring left, right, and centre, I’d predict a slight slowdown from him against the Spurs.

This leaves the 22-year-old German Kai Havertz as the next best bet to score for Chelsea. He is regular started under Tuchel and will play a good number of minutes on Sunday, giving him enough time to score.

Under 2.5 Goals in the Match

Even though Spurs may be comparatively weaker than Chelsea at the moment, they are still playing at home where they will do everything in their power to prevent Chelsea from running riot.

Combined with the impeccable defence of the Blues (three clean sheets in the four matches so far), it is safe to assume that this match may not be a high goal-scoring thriller. In other words, betting on low goalscoring markets may lead to better returns.