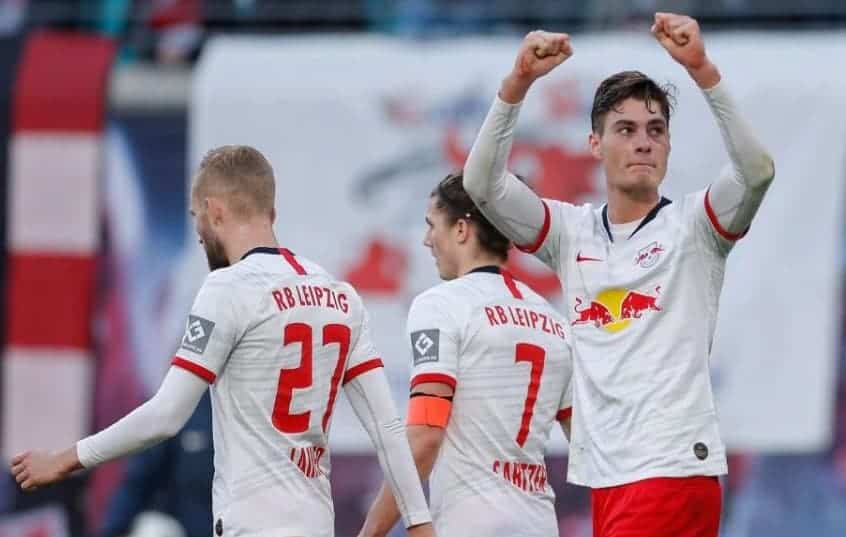 The Champions League action continues this week with RB Leipzig welcoming a stuttering Tottenham Hotspur for the second leg of the Round of 16 fixture. The match will take place at the Red Bull Arena in Leipzig on Tuesday, March 10 at 9:00 pm local time. Get RB Leipzig vs. Tottenham Hotspur betting tips with preview, predictions, and the latest odds for this thrilling Champions League encounter.

For this Champions League fixture, RB Leipzig are bound to start as the heavy favourites. Not only do they have a flawless record at home, but a massive away goal advantage from London only makes their case better. Spurs are facing an uphill battle here – they need to turn a deficit against a German side which is in the prime of its form since its inception in 2009. Not impossible, but extremely arduous.

That said, going for a goal-scoring football bet for this match wouldn’t be the worst idea. The two sides, while inherently different in form and momentum, have a proclivity for conceding goals. A bet favouring RB Leipzig combined with a few wagers in the goal scoring markets may result in good profits.

It is fair to say that Leipzig’s performance in the first leg was nothing short of brilliant. To watch a club just 10 years old outsmart a tactician as smart as Jose Mourinho was definitely a delight. The Red Bulls had 57% possession, 16 shots of which, five were on target. Defensively, they were solid and superior in every way to their English-club counterparts.

Following that remarkable display, the German side thrashed Schalke 04 by 5-0, that very weekend. There were 5 different goalscorers on the sheet that day in what proved to be an astonishing display of attacking football. However, what followed that match was a slight slump – two back to back draws against Bayer Leverkusen and Wolfsburg.

The two draws, which otherwise would have potentially landed them at the top of the league, have now taken the side to the 3rd place with 50 points. Nonetheless, the league is still in their grasp as they are behind the league leaders Bayern Munich by just 5 points. While they have stuttered of late, there is no reason to see why cannot recover quickly, especially given their form.

Timo Werner will continue to shine as usual for Leipzig. Plus, following the Man of the Match performance by Peter Gulasci in the first leg of this fixture, the Hungarian goalkeeper will be expected to keep up the momentum. On the whole, we shouldn’t be seeing a lot of changes in the playing XI that played in London a fortnight ago.

At the moment, Spurs are in what can only be described as a massive rut. Following their defeat to RB Leipzig, the Lilywhites have deteriorated further, as if led by a massive loss in confidence. They ended up losing to Chelsea by 2-1 and Wolverhampton Wanderers by 3-2 in the Premier League. Their woes continued in the FA Cup as well, in the form of a disheartening loss to Norwich in penalties.

It wasn’t until last weekend that they broke this jinx, but it wasn’t in the neatest manner. They were held to a 1-1 draw by Burnley away from home. Clearly, the loss of top-performing players to injuries hasn’t assisted Mourinho one bit. He has had to make do with the squad he has and clearly, things haven’t gone according to the playbook for him.

Spurs’ last victory in any format came in mid-February against Aston Villa but since then, a lot has changed. The team is now at the 8th position – 7 points behind the 4th placed Chelsea and the Champions League spot. Their only hope, at this point in time, is to deliver a miracle in Leipzig. This will be difficult, given that Mourinho is pretty much out of attacking options.

Harry Kane, Son Heung-Min, and Moussa Sissoko are all out due to injuries. Joining this list is Steven Bergwijn, who picked up an injury against Burnley last weekend. Dele Alli and Erik Lamela will be leading the attacking line in an already depleted attack.

Where to bet on RB Leipzig vs. Tottenham Hotspur

We can expect Spurs to play this one defensively, in the hopes of them getting an away goal and dragging this match to extra time. However, it will not be an easy feat – RB Leipzig are on a roll at the moment, with a superior home run and in-form players. The German side can very well make easy work of the English visitors and send them packing with more humiliation. This will be a real test of Mourinho’s experience and knowledge and that said, there is a small possibility of Spurs winning this one.

Our bet is on Leipzig to win comfortably, or the match to end in a draw.